ACT police is renewing its call for witnesses to an aggravated robbery which occurred at the 7-Eleven Service Station on Hardwick Crescent in Holt on Sunday, January 22. 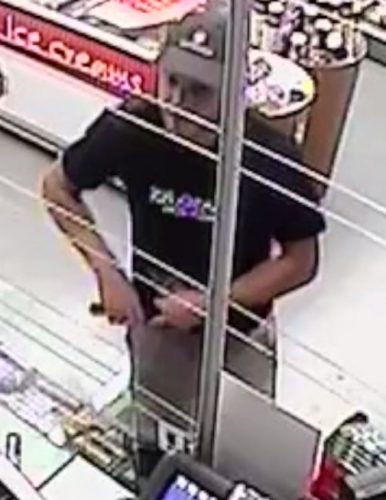 Police have released CCTV footage that shows a man walking into the store at around 10pm,he then produces a gun and makes demands for cash. After pocketing the cash the man fled on foot.

The offender is described as being between 25 to 35-years-old, approximately 175cm tall, with a slim build. He was wearing a black t-shirt with white writing, light grey/white shorts and a black baseball cap.