APFIF 2018 sets the agenda for the year ahead

ACAPMA staged the third annual Asia-Pacific Fuel Industry Forum (APFIF) at the Cordis Hotel in Auckland on 5 and 6 September 2018.

The event was attended by more than 200 senior industry delegates from Australia and New Zealand who sat in on two days of conference sessions and visited the exhibits of 32 petroleum and convenience businesses in the trade hall.

The Forum was preceded by the inaugural ACAPMA Golf Classic where a small group of souls braved the wind and the mud to knock a ball around the park. The event was sponsored by Coca Cola and UCB and, all in all, was a good day that set the template for future events.

Delegates at the Forum received presentations from industry and regulatory leaders on many of the key issues that are impacting the fuel retail and fuel wholesale industry at present.

Phil Ruthven (Founder and Managing Director of IBIS World) opened the conference on Day 1 with a presentation on the key social and consumer trends at play in the global marketplace, encouraging delegates to think about how these trends will likely impact on consumer attitudes and consumer behaviours in the future.

Debbi Botha (CEO of BP NZ) continued the opening conversation by providing a perspective on the NZ fuel industry and the nature of the challenges ahead.

As we continued to explore the theme of changing business dynamics, Casey Hyun (Global Business Index) provided a perspective on how changes in automotive technologies and drive-trains may, or may not, impact on the demand for traditional fuels in the near term. 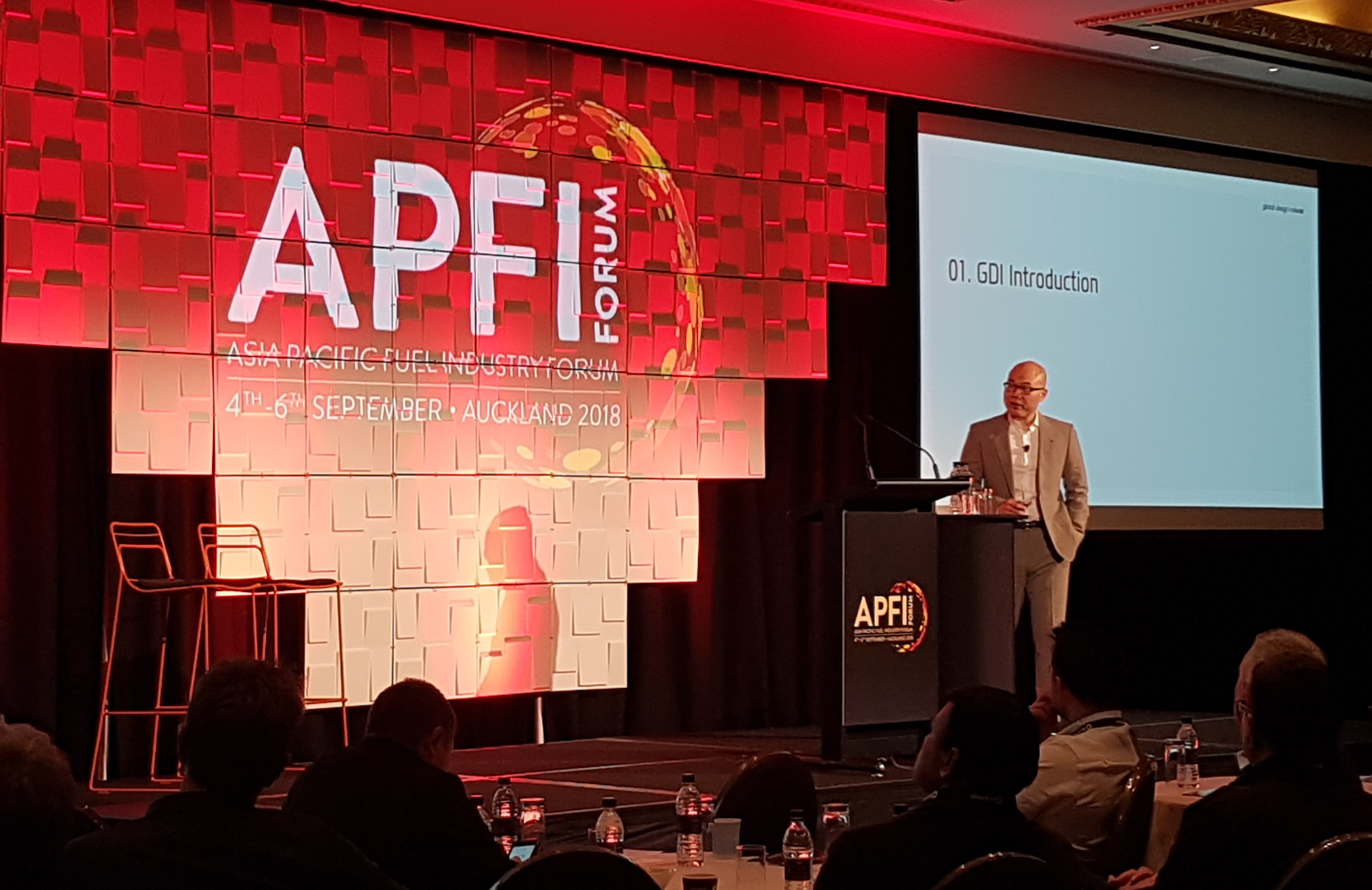 Brian Walker (CEO of the Retail Doctor) then led delegates in a discussion about how the issues outlined by Phil earlier in the day, are changing consumer behaviours in the convenience retail sector.

This year’s conference dinner was sponsored by New Sunrise Group who treated delegates to an elegant dinner in the spectacular surrounds of the Aviation Hall of the Museum of Transport and Aviation Technology.

Dinner guests were treated to a presentation by New Zealand 10,000m athlete Dick Tayler who provided a hilarious, and somewhat irreverent account, of his come-from- behind win in the 1974 Commonwealth Games. 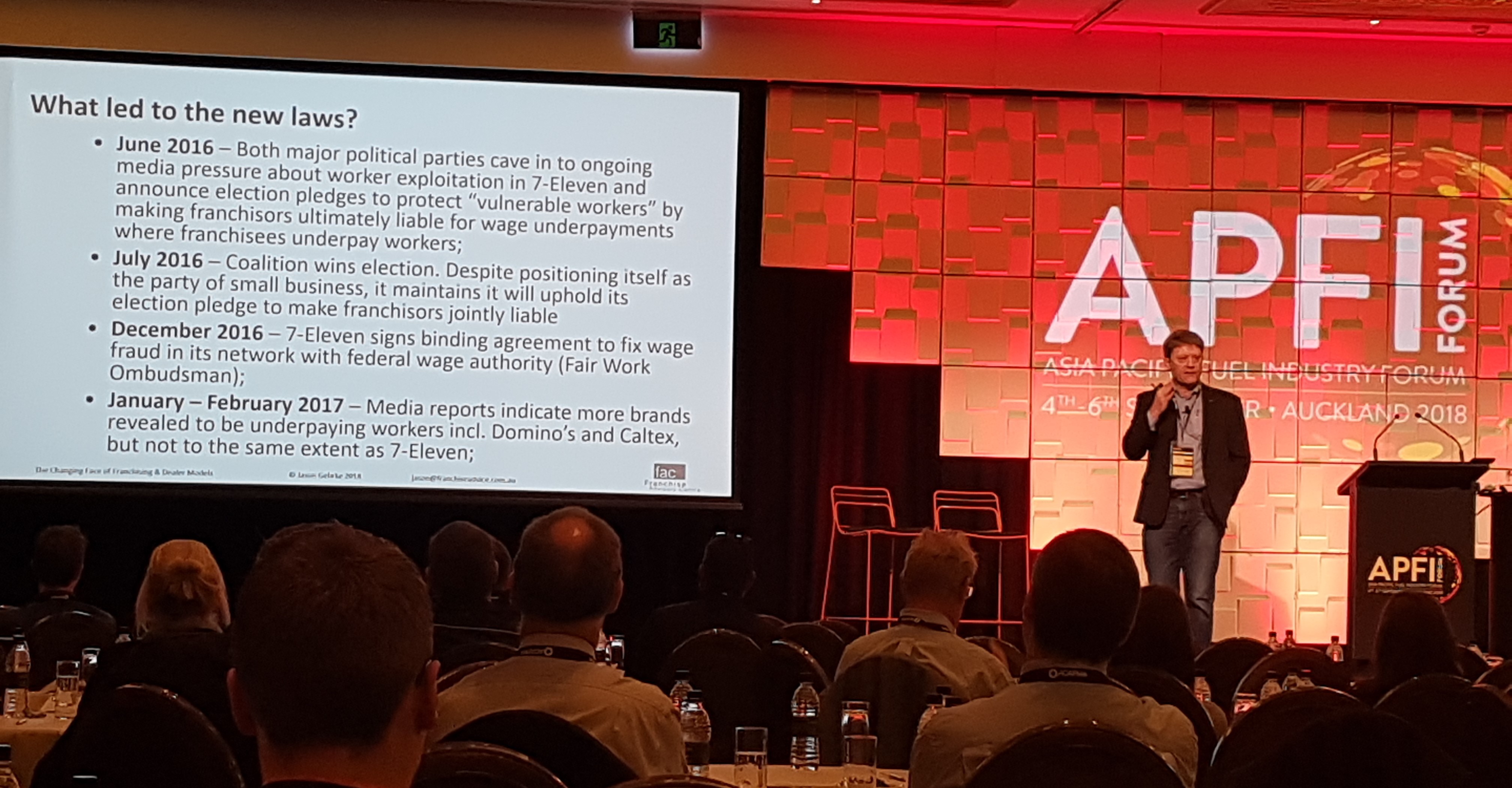 A host of other speakers explored issues ranging from current foreshadowed industry regulation, access to finance and the role of digital technology in expanding market reach for fuel retailers.

“The agenda was intended as an executive summary of the current discussion that is occurring between our industry and other stakeholders, including Governments, regulators, and the financial community”, said ACAPMA CEO Mark McKenzie.

“We hold this important annual forum to engage industry in the important issues that are impacting our industry and then used the output of this discussion to inform ACAPMA’s advocacy program for the year ahead”, continued Mark.

As a result of the forum, ACAPMA will continue to look for ways to help our industry take maximum advantage of the opportunity to seize a greater share of the convenience market while simultaneously adapting to emerging energy sources for vehicles.

“Issues associated with the management of wage theft, and the consequent impacts on market competition and industry reputation, will continue to be of paramount importance for ACAPMA in the immediate future – as will the assessment of any new laws concerning changes in the relationship between fuel marketers and dealers”, said Mark.

The 2018 Forum programme also included two workshops – the Contractor’s Forum as per last year and a new forum on the Future of AutoGas in the fuel retail industry. 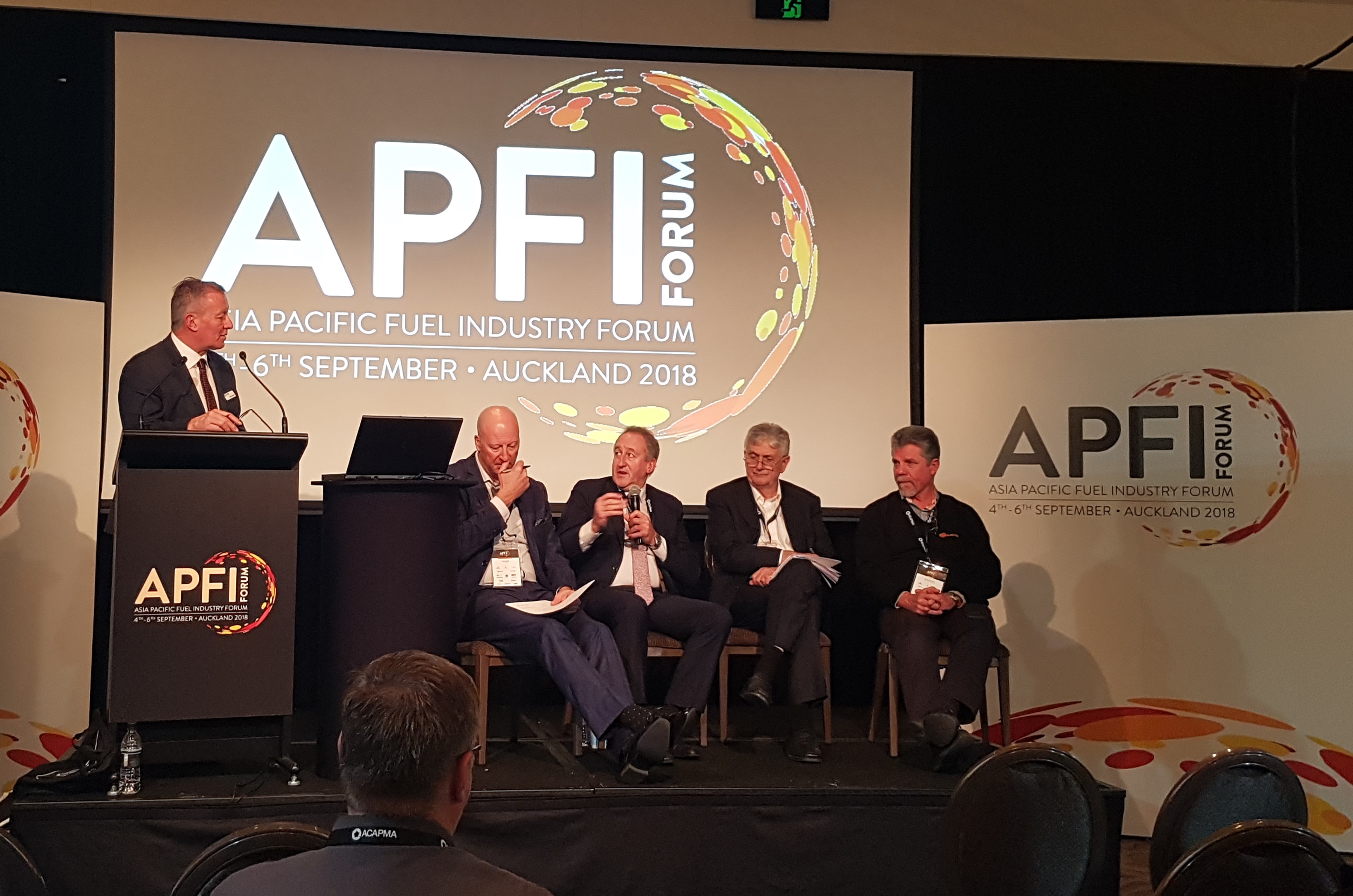 The Contractor’s Forum resolved that ACAPMA would work with Australian Industry Standards and the Australian Government’s Industry Skills Committee to develop formal skill recognition and training programmes for petroleum contractors in Australia.

“The development of formal skills classifications was identified as an important priority and ACAPMA will seek to work with a range of partners – including the Australian Institute of Petroleum and the Motor Trades Association of New Zealand – to develop a skills-based framework for petroleum contracting and services delivery in both Australia and New Zealand”, said Mark.

During the Autogas Forum, ACAPMA and UNIGAS launched a new app called Autogas Near Me with the explicit purpose of helping consumers locate a service station that sells Autogas.

“We are getting an increasing number of inquiries from politicians and the general public about the difficulty of finding Autogas, particularly in regional areas, and this was a simple way of managing this issue for all stakeholders”, said Mark.

But the AutoGas Forum also resolved that ACAPMA would take up the leadership of advocacy on AutoGas in Australia – and that this agenda would be supported by the establishment of the ACAPMA Autogas Council in coming months.

“All in all, the 2018 APFIF was an outstanding success and we are looking forward to continuing the conversation on industry issues at the next Forum to be held in Melbourne in September 2019”, said Mark.