A Labor government would radically overhaul workplace laws to give Australia’s lowest-paid workers a 10 per cent wage increase.

Labor wants to give the Fair Work Commission the power to give battlers 60 per cent of median full-time earnings, which now stand at $1,320.

That would see cleaners and shop assistants receive an extra $73 a week, or $792, compared with the current national minimum wage of $719 a week.

‘A living wage should make sure people earn enough to make ends meet, and be informed by what it costs to live in Australia today – to pay for housing, for food, for utilities, to pay for a basic phone and data plan,’ Mr Shorten said.

‘We will fix the law so that the Fair Work Commission has the tools to deliver a living wage for Australia’s low-paid workers.’

Mr Shorten described the announcement as huge news for working Australians, who are struggling with flat wages, rising electricity bills and unaffordable housing, particularly in Sydney and Melbourne.

‘Everywhere I travel in Australia, people tell me that everything is going up, except their wages,’ Mr Shorten said in a video posted to social media on Tuesday.

‘Adults in Australia should be able to, if they do full-time work not be in poverty and be above the poverty line.’

He also vowed to get rid of the ‘dreadful’ penalty rate cuts, which he claims will be better for the economy.

‘That’s what Labor will do, get wages going again and a fair go all round because when people are getting wage rises, everyone wins,’ Mr Shorten said in his video.

The living wage would not automatically flow through to workers on award wages.

The Australian Industry Group said the policy would result in low-skilled workers being paid more than workers with higher skills.

‘Today’s living wage policy announcement by the federal Opposition would have perverse impacts on the Australian labour market,’ it said in a statement.

The employer group argued that under Labor and the Australian Council of Trade Unions’s policy, an unskilled labourer would be paid close to the rate of an electrician or fitter

‘It would further reduce the incentive for people to undertake apprenticeships or other forms of new training, it would most likely lead to many people leaving the trades, and it would reduce employment opportunities for low-skilled people – such as new workforce entrants,’ it said.

The proposal has already sparked a backlash from voters on social media.

‘Raising incomes is the most laziest action ever. We need to lower costs of living, not raise incomes,’ one man tweeted.

Another added: ‘No, not everybody wins. People end up working long hours just to pay higher tax. Honesty would go a long way Bill.’

Others pointed out the effect the policy would have on businesses.

‘You will now pay more for groceries and cup of coffee and take away. How else are these  businesses going to pay their employees when wages rise. Same goes for water, gas, electricity? Enjoy the pay rise. We will cop more than the pay rise,’ one voter tweeted.

‘Great initiative, if you can deliver in a timely manner. Australia seems to be going backward instead of forward. I have never in my life been more worried about my future or my country’s future than I have at the present time,’ one woman said on Facebook.

‘Adults in Australia should be able to, if they do full-time work not be in poverty and be above the poverty line,’ Bill Shorten spruiked in a video posted on his social media accounts

The ACTU has called for the minimum wage to be boosted over two years.

That level is significantly above the poverty line for a single adult living alone, which the Australian Council of Social Service defines as $433 a week.

But the ACTU’s proposed minimum pay level is less than ACOSS’s poverty line calculation of $909 for a couple with two children.

Under Labor, the Fair Work Commission would be asked to determine what a living wage should be under the first stage of the plan before inviting community organisations, business representatives and unions to submit their feedback.

The commission would also consider Australia’s social wage – the amount of tax people pay, and any family tax benefits or other transfers they receive.

The second step would be for the Fair Work Commission to consider the time frame over which the increase should be phased in, taking into account the capacity of businesses to pay, and the potential impact on employment, inflation and the broader economy.

Further public submissions would be taken on this before the commission determined a fair and responsible phasing in of a living wage.

The first living wage case would take place as part of the next annual wage review after the legislation passes parliament, with wage increases to be phased in from the July 1 after that review.

The living wage would not automatically flow through to award wages, but rather only apply to those receiving the national minimum wage.

‘Labor believes in a fair day’s pay for a fair day’s work and a living wage is fundamental to achieving that goal,’ Labor’s workplace spokesman Brendan O’Connor said.

Prime Minister Scott Morrison admitted last week the minimum wage would be hard to live on, but pointed out most Australians were paid above award rates.

Under the Coalition government, the minimum wage has gone up each year at a faster rate than inflation and wage growth across the economy. 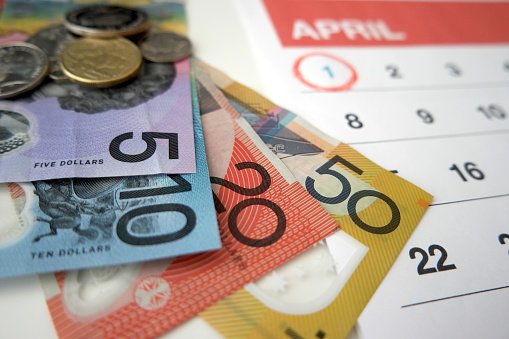