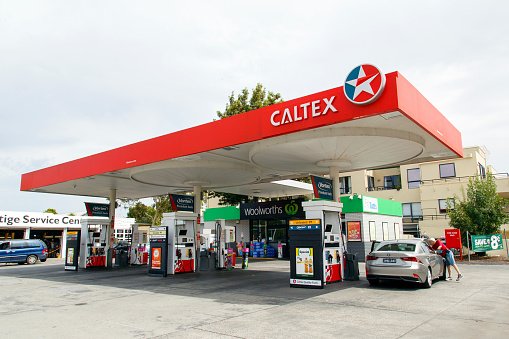 Takeover target Caltex has given its Canadian suitor encouragement that its $8.6 billion takeover offer is not too far off the mark, offering it limited access to its accounts at the same time as rejecting the $34.50 a share price as inadequate.

The move came after discussions with investors, the feedback from whom was that the price was “skinny”, representing just a premium calculated at 15.8 per cent, Caltex chief financial officer Matthew Halliday said.

It has left Quebec-based Alimentation Couche-Tard, which argues the premium is more than double that, well short of the full due diligence and exclusivity on negotiations that it wanted.

But it still leaves scope for a friendly deal and came as little surprise to the market, where investors and analysts have been signalling they expected a sweeter price would be needed.

RBC Dominion Securities analyst Irene Nattel said she expects the story “will continue to unfold”, while adding Couche-Tard would likely remain “disciplined” on the price it offers.

The Canadian convenience retailer, which has yet to respond to Caltex’s move, lifted its initial approach from $32 and its appetite to increase its offer further is expected to be limited in the absence of a rival bidder.

But the value of its offer would be reduced by the expected payment by Caltex of a circa 50¢ dividend for this December half, while the value it has calculated to shareholders from the distribution of Caltex’s pile of franking credits has emerged as a point of dispute.

Others say, however, that market practice on franking is to show the maximum value of franking credits available to shareholders that can fully utilise them, being the zero per cent taxpayer.

The different calculations on the premium the offer is due to the timing of the base number. In calculating its lower figure, Caltex is using the closing share price on November 25, after it announced the partial spin-off of property assets, which caused a bounce in the price.

Couche-Tard is, however, using November 22, the day before the property IPO announcement. The premium was as high as 35.7 per cent immediately before Couche-Tard’s initial $32 a share approach on October 11, or more with the franking credit attached.

Still, Caltex is using its figures. “It comes back to that 15 per cent premium: generally people look at that and it is skinny, that is consistent feedback,” Mr Halliday said of discussions over recent days with investors.

“At the same time [investors] appreciate that the board has been constructive in offering a pathway to engagement with Couche-Tard to come back with what could be a more compelling proposal.”

He said Caltex would outline to investors at a scheduled briefing in Sydney on Thursday the alternative value offered by the property IPO, the retail network review and other initiatives.

“Caltex has a well-developed strategy, privileged assets, strong leadership and compelling growth opportunities that the board believes will deliver attractive value for its shareholders over time,” chairman Steven Gregg said in a statement.

“The Caltex board is focused on maximising shareholder value and will carefully consider any proposal that is consistent with this objective.”

The takeover action around Caltex, owner of the Lytton refinery in Brisbane, has heightened concerns about the security of supply of petrol and diesel in Australia, particularly as Couche-Tard’s focus is firmly on convenience retailing. Any takeover would be subject to approval by the Foreign Investment Review Board, which could regard the Lytton plant as critical infrastructure, warranting heavier scrutiny.

Still, Caltex chief executive Julian Segal said he saw no impact on reliability of supply from the takeover action, pointing to the fuel industry’s long-standing reputation for reliability and safety.

He said Caltex has demonstrated the value of the refinery within its supply operation and “that’s something that any serious player would recognise”.

Caltex’s offer to provide Couche-Tard with “selected non-public information” to allow it to revise its proposal is subject to the Canadian company signing a confidentiality agreement.