By Sourced Externally  •  12 months ago

They are the places local communities are increasingly turning to for their weekly shop, but now many corner stores say the dominance of major supermarket chains is making it difficult for them to serve their customers.

Small retailers say they are struggling to get supplies, and have questioned the extra powers afforded to major supermarkets allowing them to work together during the pandemic.

At a small grocer in Caloundra, on Queensland’s Sunshine Coast, fewer than half the items in recent orders have arrived from the supplier.

“I’ve been placing at least five orders a week over a range of suppliers trying to get toilet paper, flour, sugar, pasta, rice, all of those things that customers are looking for, and just haven’t been able to get them.”

PHOTO: An invoice received by Kerry’s Korner Shop in the week before Easter shows many items unavailable. (Supplied)

She said nearby supermarkets used the same suppliers.

“When you see the big people, the big supermarkets getting pallet loads and you can’t get one carton, I find that extremely unfair behaviour,” Ms Drennan said.

Business at Kerry’s Korner Shop had fallen 40 per cent, she said, after passing traffic and tourism dropped off and some regular customers turned to other outlets.

Many elderly locals haven’t been able to get to shops further away, though, so Ms Drennan has been setting some essentials aside, or dropping them round to loyal customers when she can.

“At one point I jumped in my car and drove to Brisbane trying to get [supplies] out of the wholesalers down there,” she said.

‘Sorry, we’ve given our stock to Coles and Woolies’

At Taree, on the Mid North Coast of New South Wales, Wade Death has been on his own hunt for supplies.

As managing director of five fuel, food and grocery outlets across the state, he found himself calling 15 different suppliers when there was a run on eggs.

He sources a lot of his food products locally but, like Ms Drennan, when it came to grocery supplies, he ran into problems.

“We had a number of suppliers saying, ‘Sorry, we’ve given our stock to Coles and Woolies,'” he said.

But Mr Death is no stranger to crisis management, having worked around the clock to feed firefighters and fuel their trucks during the November bushfires.

“The supermarkets all closed but we stayed opened,” he said.

Mr Death said more elderly people had been shopping at his store since the coronavirus pandemic, because they could park easily, shop quickly and avoid crowds.

The situation is frustrating not only for small retailers, but also for their customers, said Jeff Rogut, CEO of the Australasian Association of Convenience Stores (AACS).

He said the nation’s 6,500 convenience stores provided shoppers with an opportunity to stay local and away from large crowds of people, and should be supplied accordingly.

The association commissioned a national survey of 1,000 shoppers to determine if the COVID-19 pandemic had changed their buying behaviour.

It found that during the last two weeks of March, half of the shoppers had visited greengrocers, pharmacies, petrol stations and convenience stores for items they’d usually only buy in a supermarket.

Many reported turning to convenience stores so they could visit fewer places, get in and out quickly and avoid too many people.

“Convenience stores provide essential services such as fuel, but also necessities such as bread and milk, as well as a range of other grocery items … often in areas not serviced by large supermarkets and the like,” Mr Rogut said.

The Council of Small Business Organisations Australia (COSBOA) said the coronavirus crisis was providing small retailers with the opportunity to show they could be competitive and provide a valuable service — but they needed to have fair access to supplies to do so.

“This crisis does create an opportunity to reset the competition dynamic which, in a lot of ways, we’d probably argue has been heavily distorted towards the major stores,” COSBOA chairman Mark McKenzie said.

Australia’s competition watchdog, the Australian Competition and Consumer Commission (ACCC), is seeking feedback on its decision to allow major supermarkets to work together when dealing with manufacturers, suppliers and transporters.

The ACCC said the aim of the interim authorisation was “to ensure the fair and equitable distribution of fresh food, groceries and other household items to Australian consumers, including those who are vulnerable or live in rural and remote areas”.

Mr McKenzie supports the intent, but also sounds a warning.

“The big challenge here is that if it continues long term, you’re potentially going to change the competition dynamic in favour of the big guys,” Mr McKenzie said.

For some small operators, like Rouwell Shammas in western Sydney, business is booming.

He sells “almost everything” in his small Rita Supermarket at Mt Druitt, which has been serving the local community for 15 years.

He said what he did not have in stock, such as hand sanitiser and cleaning products, he made up for with personalised customer care.

“The big shops control everything,” he said. “But we have our regular customers.” 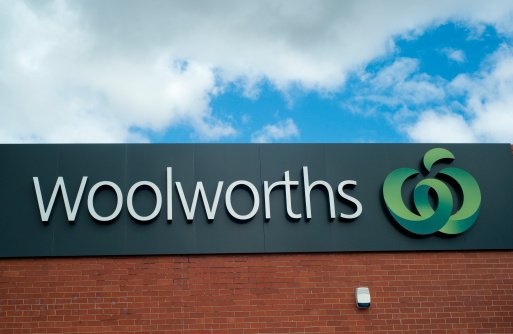