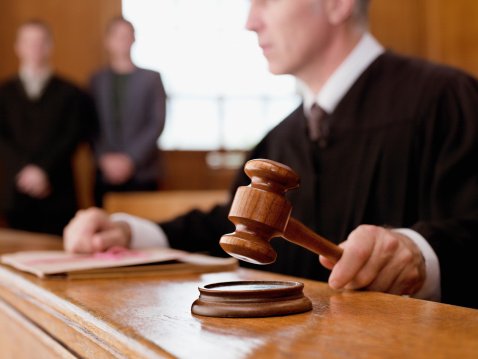 The Fair Work Commission (FWC) undertakes the National Wage Case each year to determine if, and to what level the minimum wage should be increased.  Today the FWC handed down the decision (https://www.fwc.gov.au/awards-agreements/minimum-wages-conditions/annual-wage-reviews/annual-wage-review-2019-20 and https://www.fwc.gov.au/documents/wage-reviews/2019-20/decisions/2020fwcfb3500.pdf) that the minimum wage will be increased by from the first pay period on or after the 1st  July 2020.  This will have an impact on the base rate in all Modern Awards, though in a first, the impact will be staggered, with not all employees getting the rise on 1st July 2020.

The Decision will have a flow on effect to all of the Modern Awards and will result in increases in the base rates that are applicable in all Awards.  In the coming weeks the FWC will release Draft and then Final Determinations for each of the Awards.

The National Wage Case decision that has been handed down resulted in the minimum wage increasing 1.75%, a week to $19.84 per hour.

The 1.75% increase is lower than CPI (2.2%) and represents the first split decision since 1997, with the newest panel member, Professor Mark Wooden, dissenting in favor of a wage freeze rather than the increase that was announced today.

In handing down this Decision the Commission acknowledged the unprecedented impact of COVID-19 and the response measures and argued that this impacted “weighed in favor of moderation”.

Further, for the first time the increase will not be universally applied, nor will it be defferred unilaterally, as was requested by employer bodies. Rather, the new increase will commence on three different dates and apply to different groups of workers for each of these commencement dates.

In the fuel industry the implication of this staggered implementation will be;

This Decision has a clear flow-on effect to the wage rates in all Modern Awards and thus requires all employers to review their employment instruments before the new rates come into effect.

Each year, the FWC reviews the cost of living, economy-wide productivity indicators and the general health of the Australian economy to determine if the minimum wage rates set in the Awards are commensurate with a living wage. While not all National Wage Cases result in an increase in the minimum wage, most do.

The delayed Decision, and the unusual nature of the staggered application of the rates based on employment groups is in itself unprecedented. The Determinations that will actually vary the rates in the Awards, will be released later today and will be finalized late next week.

It is important for business operators to remember that the National Wage Case sets the Minimum Wage, but that the rates that must be provided to those working in the downstream petroleum industry will be changed by the FWC making formal amendments to the Awards, and that these changes are not always a simple increase by the standard percentage, especially for casuals in the retail sector.  So while we know today the new National Minimum Wage, we will have to wait for the final determinations to vary the Awards before we have the final rates that will apply for 2020/2021 financial year.

ACAPMA is eagerly anticipating the release of the draft and then final determinations from the FWC, which are typically released around the third week of June.  These determinations will translate this minimum wage decision into changes to the Modern Awards.  ACAPMA is ready to prepare and circulate the ACAPMA Quick Reference Guides to ACAPMA Members.

•        The Road Transport and Distribution Award 2010 for fuel tanker drivers,

•        The Vehicle Repair Services and Retail Award 2010 for console operators, roadhouse and driveway attendants, and

While the National Wage Case directly changes the wage rates in the Modern Awards there is also a flow on effect to all employment instruments.

Employers who use direct contracts, enterprise agreements, individual flexibility agreements or racked rates must take the time to review the wage rates contained within those instruments as the National Employment Standards, which apply to all employees, provide for the Modern Award rates to be the basis for all wage rates, regardless of instrument.

The ACAPMA Quick Reference Guides will be sent to the Principle members upon their release; however, all members are encouraged to have the responsible persons in their business, such as payroll or workplace relations managers, register to receive these Guides on their release, to ensure they receive the information in a timely fashion.

Woopi petrol stays the same price yet is more affordable