An investigation by The Australian has revealed that Pie Face sold pork and fennel sausage rolls as “halal-certified” and a breakfast pie that contained bacon.

A Wagyu beef pie listed as halal in an allergen chart sent to Pie Face outlets in February is made with brandy essence, which contains small amounts of ­alcohol.

Other pies and sausage rolls claimed to be halal were baked in the same ovens as pastries containing pork products, which is forbidden under Islamic dietary codes prescribed in the Qur’an.

Pie Face is owned by Aus­tralian petrol giant United Petroleum, already under fire following revelations in The Australian that it has been selling E10 fuel containing only 1 per cent ethanol or less, rather than the 10 per cent common in the product. Pie Face has outlets in more than 200 of United’s service ­stations, as well as 20 shopfront locations around the country.

Both companies are owned by Israeli-born Melbourne billionaires Avi Silver and Eddie Hirsch, who debuted on this year’s edition of The List – Australia’s Richest 250 with a combined wealth of $3.5bn.

There is no suggestion Mr ­Silver, Mr Hirsch or other senior executives had any involvement in, or knowledge of, misconduct by the companies.

Pie Face has been slammed by outraged Muslim customers.

One described the conduct of both United and Pie Face as “an abomination to all observant Muslims”.

Sydney lawyer Stewart Levitt of Levitt Robinson Solicitors has alleged in a complaint to the Australian Competition & Consumer Commission that the sale of ­ostensibly halal pies from United Petroleum service stations and Pie Face outlets amounts to misleading and deceptive conduct.

He said Muslims who bought the pies in good faith would be horrified they had unwittingly gone against their faith: “They will be mortified by the knowledge that haram (forbidden) Pie Face pies have been sold as halal.”

In a written statement, ­United’s chief executive, David Szymczak, admitted that “United have recently become aware of some errors in the Pie Face Allergen Chart on display which identified product as being halal that was not, in some of its stores and in its internal point of sale programming information”.

“Upon being alerted to these errors, these charts were immediately removed from stores and rectified,” he said.

Several reputable halal certifiers told the Australian that if pork products were being sold along with halal pies and sausage rolls, they must be cooked in separate stoves, kept in separate pie warmers and be separately handled and served with different gloves and kitchen utensils.

That does not occur at Pie Face outlets, which do not have separate ovens and are run by staff with little or no training in halal food preparation.

The Australian called a dozen Pie Face outlets at random to inquire whether they sold halal pies. More than half replied that all their pies were halal. Two were unsure. Two others recommended the steak, bacon and cheese pies among the halal options they had available.

Last week, after The Australian posed questions to Pie Face, the company issued an updated baking chart to many outlets, effective immediately, with strict instructions to “bake only halal products together” and to “bake pork and fennel roll separately.”

At the weekend, Pie Face removed all its signage and kitchen equipment from one Melbourne service station owned by a United franchisee who had previously complained to the company about selling the pastries.

One certificate declares that Pie Face Bakery “produce and manufacture all foods … in accordance with Islamic guidelines and under the supervision of Direct Islamic Welfare Services. The products contain halal ingredients and comply with sharia law, and therefore are lawful for Muslim consumption.”

Underneath it says: “Exempt Non Halal Products: Every Product Has Ham or Bacon.”

Pie Face products are shipped frozen from central kitchens to retail outlets, where they are baked “oven-fresh” on the ­premises.

Pie Face told The Australian it engaged in “extensive training to ensure those handling products understand how to correctly ­handle halal products”.

However, a Pie Face training manual distributed in June this year contains no guidance to storage, handling, cooking or presentation of halal food.

The only reference to halal food in the 250-page document is in a Pie Allergen Chart that ticks “sausage roll pork and fennel” as halal-certified.

A non-Muslim Pie Shop franchisee told The Australian: “We just put them all together in the oven because it costs us too much time and money to do each of them separately.”

He said he had had no training in halal food handling.

The Australian has spoken to five reputable halal certifiers, including the peak Muslim body, the Australian Federation of Islamic Councils, who all condemned any certification that allowed such gross cross-­contamination of halal and non-halal foods.

AFIC president Rateb Jneid, said: “One hundred per cent, we would not give a certificate if there is contamination or any working together — any pork on the site has to be a completely separate site, from A to B, to be completely separate premises.”

Pie Face said Sheik Legha was an experienced, highly respected halal certifier with a PhD in Islamic studies. “He performs halal certifications for a number of large and respected food companies, including airlines”, Mr Szymczak said.

On his now-defunct website — the domain name is for sale — the sheik lists his qualifications as a diploma in Islamic studies and describes himself as a marriage celebrant and a JP.

Sheik Legha told The Australian he was shocked to learn that pork products had been classified as halal by Pie Face. “I went through the production list item by item — nothing was like that.”

He said he had inspected the central Pie Face manufacturing sites in Sydney and Townsville and found them halal compliant.

When The Australian pointed out that Pie Face pastries are actually baked on site in stores and service stations around the country, he agreed it would be a problem if halal and non-halal foods were cooked in the same oven.

He said he would speak to Pie Face urgently about the issue.

United acquired the Pie Face chain from receivership in 2017.

Extracted in full from: https://www.theaustralian.com.au/nation/pastry-chain-caught-out-on-halal-porky-pies/news-story/fc6768b90342fcf622ce32cedddcf721 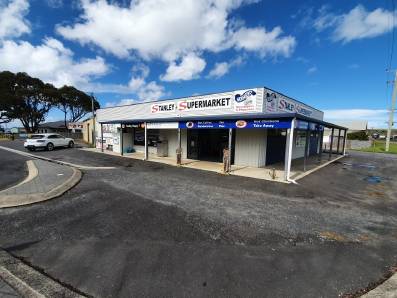 New petrol station for Stanley expected to be complete by Easter