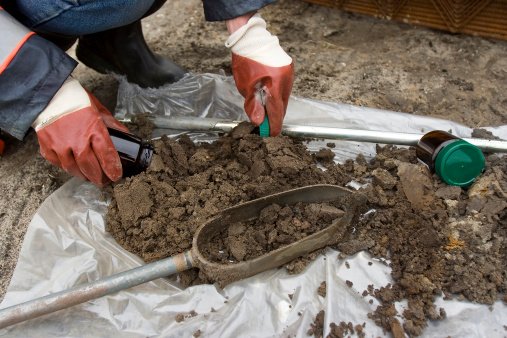 Company fined for dumping in Daylesford

Company fined for dumping in Daylesford

“The callers reported numerous truckloads of suspected contaminated soil being deposited at a property in Daylesford. They described how the soil smelled of diesel fuel,” Dr Pigdon said.

“EPA testing showed the deposited soils were contaminated with hydrocarbons, such as diesel, and sufficiently contaminated to be classified as Prescribed Industrial Waste, which is subject to legal controls in both its handling and disposal. “

EPA has fined Future Fuel Services Pty Ltd for depositing industrial waste at a place that is not licensed to accept it.

EPA also issued the company with a regulatory notice requiring it to clean up the dumping site, and the company has complied.

“This case is a clear warning that you can’t just dig up, transport and dump contaminated soil without the proper protections for the community and the environment,” Dr Pigdon said.

“Any member of the public can report your suspicious activity, and if it constitutes an offence under the Environment Protection Act 1970, EPA can investigate, fine the offender and make them clean it up,” he said.

The EPA website also has a publication for landholders, titled Illegal dumping alert – Avoid the dangers of taking fill material onto your land: epa.vic.gov.au/about-epa/publications/1512

Under the Environment Protection Act 1970 and the Infringements Act 2006, the company has the right to have the decision to issue the infringement notice reviewed or alternatively to have the matter heard and determined by a court.

Public Release. The material in this public release comes from the originating organization and may be of a point-in-time nature, edited for clarity, style and length. View in full here.

Extracted in full from: https://www.miragenews.com/company-fined-for-dumping-in-daylesford/

BP to cut dividends as it prepares for fossil fuel decline