Euro Garages, owner of the Woolworths petrol station network, is suing its fuel supplier, Ampol, alleging misleading or deceptive conduct in connection with Ampol’s rebranding of its petrol stations from the globally known Caltex name.

The dispute relates to the major fuel supply agreement originally between Caltex Australia and Woolworths, which gave Woolworths the right to use the Caltex brand and which was transferred to EG when it acquired the Woolworths network in April 2019.

In documents lodged in the Supreme Court of NSW, EG alleges Caltex – now renamed Ampol – made “false representations” about the status of its branding agreement with Chevron including that it would be able to use the Caltex brand for a long time.

It alleges Caltex also failed to disclose it was already locked in lengthy discussions with Chevron about the future of the trademark licence agreement, which Chevron finally moved to end last December.

As a result EG, which believed it had ongoing rights to use the Caltex brand, will be unable to use it after December 31, 2022. It also notes it agreed to pay a premium to be able to sell Caltex’s premium Vortex fuels, but now these will be substituted by branded fuels from the much less established Ampol brand that don’t warrant that premium.

“EG and EG Group have suffered loss as a result of Caltex Australia’s misleading or deceptive conduct and seek orders that the fuel supply agreement and the trademark licence deed are void and of no effect, or alternatively, damages,” the claim says.

Ampol on Thursday noted the legal proceedings and EG’s pursuit of an order to declare the fuel supply agreement void or of damages.

“Ampol considers the claims made by EG to be baseless and the proceedings will be vigorously defended,” it said.

The legal dispute comes 10 months after EG, founded by brothers Mohsin and Zuber Issa from northern England, lobbed a surprise multibillion-dollar takeover approach for the-then Caltex Australia in competition with Canadian suitor Alimentation Couche-Tard. The non-binding offer, rejected by Caltex’s board, is unrelated to the court action over the branding. Couche-Tard walked away from its offer after the virus-induced market crash and it remains uncertain whether it will renew its advances.

It adds further complexity to the upheaval taking place across Australia’s retail market for petrol and diesel, which also includes Chevron’s planned revival of the Caltex brand for the network of service stations it agreed in December to acquire last year from Puma Energy Australia.

EG and Ampol are understood to have been in discussions over the issue for almost a year, but have failed to reach a resolution.

The fuel supply agreement, which involves some 3.4 billion litres a year of petrol and diesel supplied by Ampol to EG, remains on foot. But if EG wins its case and the agreement is declared void, Ampol would lose a deal that is understood to account for about a quarter of its annual sales volumes.

Shares in Ampol appeared little affected by the news of the court action, trading 33¢ higher at $29.93 at close.

The dispute comes as fuel suppliers around Australia are struggling with a slump in demand for jet fuel, and softer consumption also of petrol amid travel restrictions due to the pandemic. Oversupply across the world in transportation fuels means EG, which has links with major fuel producers and traders across the world, could in theory source supplies from elsewhere.

Extracted in full from:  https://www.afr.com/companies/energy/eg-takes-legal-action-against-ampol-over-branding-20201217-p56ob3 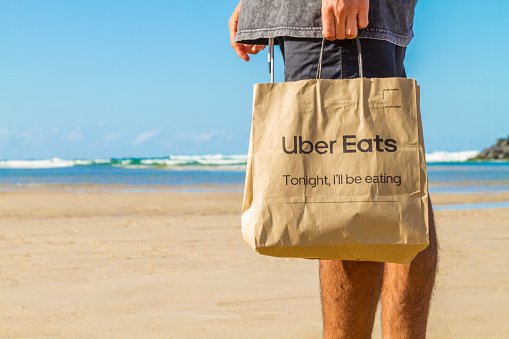