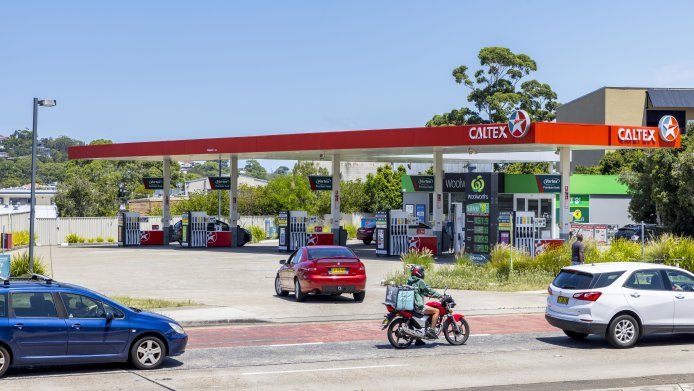 British fuel retailer EG Group notched up a 100 per cent clearance rate after selling nine of its Woolworths Caltex petrol stations for $54.5 million as part of a Sydney portfolio auction.

The fuel and convenience stations, which EG will lease back on new 15-year terms, sold on yields ranging from just 2.9 per cent to 5.75 per cent.

They were among 17 of 18 properties to sell as part of a retail and childcare centre property auction put together by agents Cushman & Wakefield and hosted by Cooley Auctions in Sydney just over a week ago.

In total, $94.3 million of property changed hands at an average yield of 4.73 per cent, and being $13 million above combined reserves highlighted the appetite among private investors for securely leased non-discretionary assets given record low interest rates.

There were 369 bids placed across the 17 offerings – an average of 22 bids per property.

Alongside the nine petrol stations, all five childcare centres offered sold under the hammer, including one in Brisbane that sold for $8.31 million to a Hong Kong-based investor on a yield of 5.8 per cent.

EG Group, founded by billionaire brothers Zuber and Mohsin Issa, acquired the nine petrol stations as part of a 2018 deal to buy 540 fuel convenience sites from Woolworths  for $1.725 billion.

They included a property in Brookvale on Sydney’s northern beaches that changed hands for $8.8 million on a record-low 2.9 per cent yield.

Another petrol station in Newport in northern Sydney sold for $8.3 million on a 3.25 per cent yield.

“Private investor demand for commercial real estate assets continues to go from strength to strength, extending its run in late 2020.”

Attracting business from the road

Read More
Attracting business from the road
3 years ago
Retailing