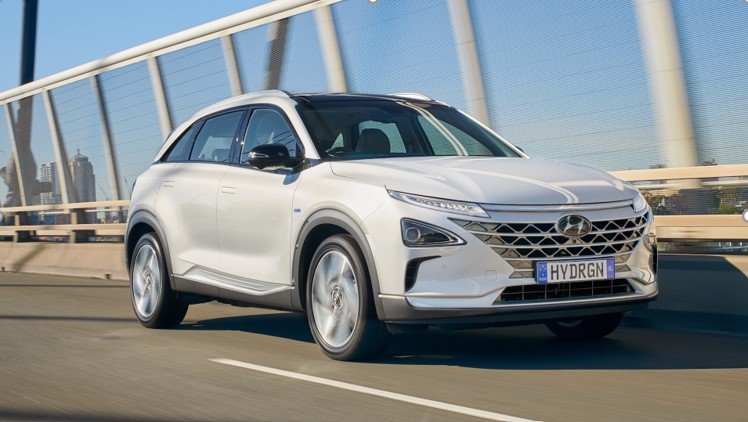 While there has been much talk about policy relating to electric vehicles in Australia over recent months, another clean vehicle technology has made a relatively quiet entry into the Australian market over recent weeks – albeit a modest one.

The Hyundai Nexo (FCEV) is the first hydrogen powered vehicle to be certified for sale in Australia.

Most significantly, the Hyundai Nexo is loaded with the features normally associated with a high-end SUV (i.e. Hyundai did not skimp on the usual driver and passenger comforts to compensate for the higher cost drive train). The Nexo is also classified as a zero emissions vehicle for the purposes of national emissions policy.

The Toyota Mirai (FCEV) has been showcased in Australia over recent months but is not yet available for sale in Australia.

“And while talking all things Toyota, it is worth noting that Toyota is responsible for the second development that brings hydrogen vehicles closer to reality in the Australian market via the commissioning of Australia’s first hydrogen production and refuelling facility”, said Mark.

“Up till now, the only other permanent hydrogen refuelling facility in the country has been a micro-scale permanent facility operated by Hyundai in Western Sydney”, added Mark.

Toyota’s new Victorian facility is a permanent, commercial-scale hydrogen production and refuelling facility. Located at its’ former vehicle manufacturing facility in Altona in Melbourne’s west, the new facility comprises a 200kW electrolyser that uses electricity to split water into hydrogen and oxygen.

The new facility has the capacity to produce up to 80kg of hydrogen per day – enough to support the operation of around 300 FCEV vehicles in metropolitan Melbourne (assuming an average refuelling volume of 4kg and a fuel consumption rate of around 0.76kg/100km).

Toyota’s new Hydrogen Production and refuelling plant in Altona (Melbourne) has the capacity to refuel around 20 vehicles per day.

To satisfy the requirement for production of environmentally sustainable hydrogen, the facility’s electrolyser is powered by a solar-battery storage system comprising an 87kw solar array and 100kw of battery storage.

These two developments signal the commencement of a technology race to mass market credibility in Australia – that is, Electric vehicles versus Hydrogen Fuel Cell vehicles.

It is incumbent on all of us in the fuel industry to monitor this race closely over coming years and be ready to adapt our businesses to these changes when they approach market scale.

“For its part, ACAPMA will continue to engage with the pioneers and policymakers for each technology and bring credible intelligence on the progress of these technologies to our members as early as practical,” concluded Mark.