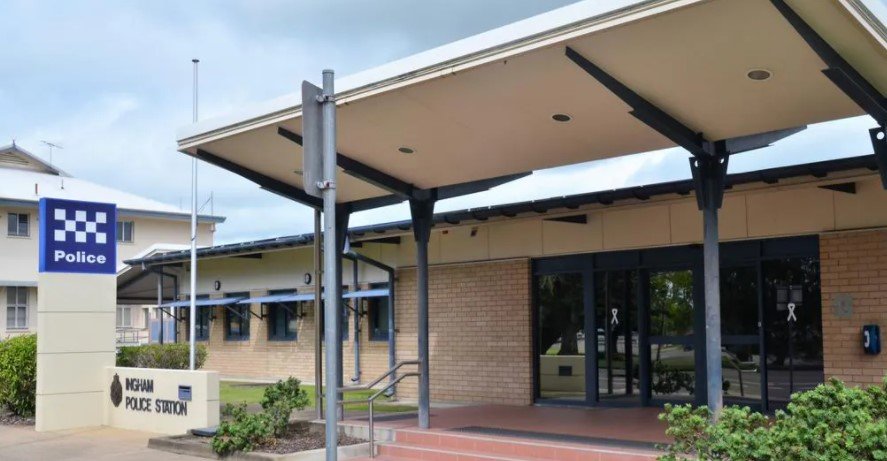 A serial street offender on probation for causing a public nuisance has been handed a suspended jail term after a drunken tirade outside a North Queensland police station.

It came a month after she was placed on probation for her role in an ugly, high-profile confrontation at the United Petroleum Service Station on October 24.

Queensland Police Service prosecutor Anita Page said Ingham Police did not have far to travel to arrest Idai on her charge at 2.55pm on a Wednesday.

“Police could hear yelling coming from outside the Ingham Police Station on Palm Terrace, they’ve gone outside and witnessed the defendant walking past the police station yelling and swearing extremely loudly toward members of the public.”

Ms Page outlined a protracted incident in which drunken Idai continued “to swear loudly, yelling and waving her arms in the air aggressively along the length of Palm Terrace” before she was arrested.

She said once Idai was in custody, she returned a blood-alcohol reading of 0.201, four times over the legal driving limit.

“Questioned about the offence she said she had just come from the pub and was walking past Sadleirs Chemist when she saw someone she knew staring at her.”

Defence lawyer Sarah Belford said her client was yet to fully engage with probation at the time of the latest offence given the short period of time since her conviction for the United petrol station incident and was now doing so.

In arguing against a term of imprisonment, Ms Belford said Idai had also engaged with Lives Lived Well for her alcoholism, the underlying issue for her offending.

“Given that she is clearly someone who needs assistance, she has sought out that assistance and in my submission continued supervision in the community will help prevent her from coming back before this court.”

cting Magistrate Scott Luxton said the pattern of offending over the past two years had progressed past the point of probation.

Idai was convicted and jailed for one month, wholly suspended for the minimum six months.

“This is essentially your last opportunity to remain out of custody.”