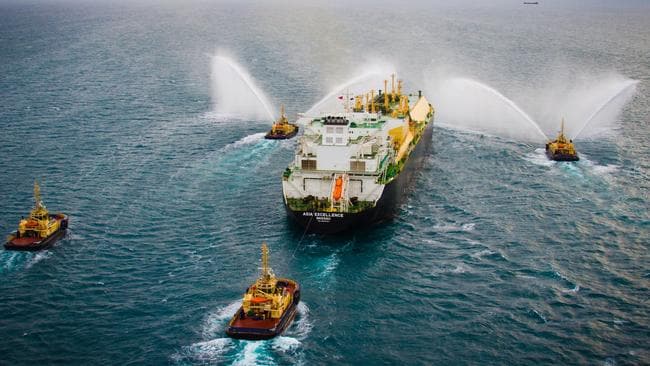 Chevron’s Australian business has slumped to a $US1.8bn ($2.3bn) annual loss amid plunging oil and gas prices and repairs to its Gorgon LNG project as it negotiates with several groups to sell its North West Shelf stake.

The US energy major, which runs Western Australia’s giant Gorgon and Wheatstone LNG plants and is selling its share of the North West Shelf export plant, saw a sharp reversal in fortunes, recording a $US1.81bn loss for the 12 months to December 31 after a $US1.39bn profit a year earlier.

It suffered a further blow after also taking $US710m in writedowns split between a $US576m impairment on its Barrow Island oil operations after taking a $US134m charge from exiting East Browse permits.

Revenues fell 29 per cent to $US5.8bn as Chevron weathered a torrid year which saw oil and gas prices whiplashed as the COVID-19 pandemic slashed demand for the fossil fuel and forced hefty reductions in spending across the industry.

Chevron said it was in talks with several parties over selling its one-sixth stake in the North West Shelf LNG project as it transforms into a tolling facility for third-party gas, with its share of the asset valued at $US1.27bn.

“In June 2020 the group publicly announced its intention to sell its share of the North West Shelf venture with an effective sale date of 1 July 2020. There are several interested parties currently in negotiation,” Chevron said in its results.

There is uncertainty whether Woodside Petroleum remains in the bidding for Chevron’s stake. The rival WA producer operates the asset and also owns a stake of the same size.

Prospective North West Shelf buyers were earlier told they had three options when making an acquisition proposal: acquiring the entire 16.67 per cent; taking the interest with an agreement that Chevron underwrites the revenue for a certain period; or buying only the revenue stream from the asset while sidestepping any asset abandonment liabilities or other risks.

A huge foreign exchange loss of $US2.7bn also weighed on the result along with the discovery of major cracks at its Gorgon LNG project which required repairs to pressurised propane “kettles” at the export plant and saw cuts to production from outages.

Gorgon is 47 per cent owned by Chevron, the operator, while fellow oil majors ­ExxonMobil and Royal Dutch Shell each have a 25 per cent stake.

Chevron’s Australian boss Al Williams is preparing to return to his native US shortly, having been promoted to vice president of corporate affairs at the energy giant after just two years in Perth. He was replaced by Mark Hatfield on March 1.

The potential sale of its North West Shelf stake sparked talk the US major may further trim its position in Australia.

But Mr Williams told The Australian it remained committed to the country, pointing to Chevron’s re-entry into the retail fuel market through its $425m acquisition last year of Puma, the work already under way on Gorgon stage 2, and the looming final investment decision on the Jansz-Io compression project.