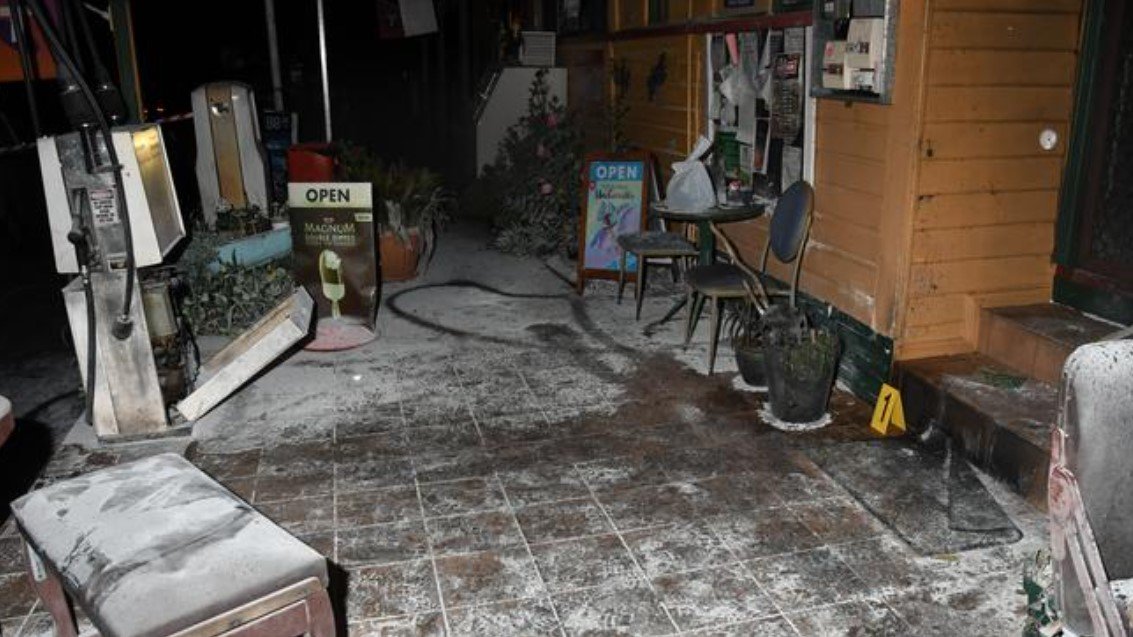 The culprit behind a suspected arson attack near Coffs Harbour remains at large, one year after fire tore through a fuel stop.

The culprit behind a suspected arson attack in the Coffs Coast hinterland remains at large, one year after fire tore through a fuel stop.

Emergency crews rushed to the burning building in Lowanna – containing a convenience store, fuel bowser and attached dwelling – on the night of March 6 last year.

The occupants of the dwelling witnessed a man running from the scene, and reported the building on fire before 9pm.

Fire crews were able to extinguish the inferno which left the building suffered minor structural and smoke damage.

“We have concerns about the nature of the incident, where a fire appears to have been deliberately lit at the store with an attached dwelling and bowser out front,” he said.

Det Van Schaik said the fire was contained to the front area of the shop, where the bowser was located.

Detectives established Strike Force Ivery to investigate the incident and in October made a public appeal for information to help them identify the unknown man that was seen fleeing from the scene.

“We’re aware Lowanna is small and it is likely members of the community will have information which may be able to identify the person,” Det Van Schaik said at the time.

Over a year on from the incident, investigations remain ongoing with detectives conducting a number of lines of inquiry.

Police are urging anyone with information to contact Coffs Harbour Police Station or Crime Stoppers.

Man arrested, two on run after string of armed robberies