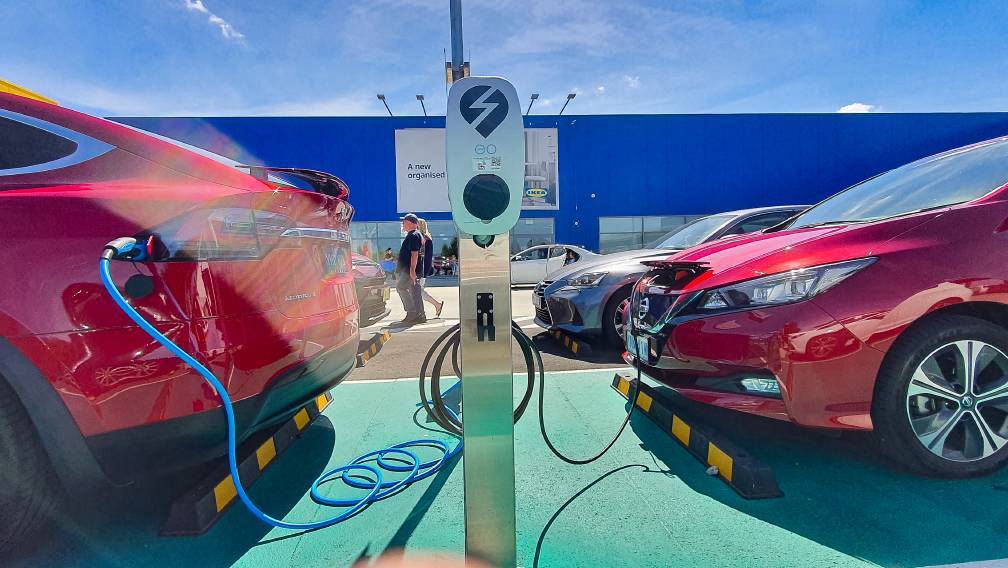 Victorian government slammed for ‘worst EV policy in the world’

Victorian government slammed for ‘worst EV policy in the world’

An unlikely group of 25 companies and organisations, including car manufacturers and environmental groups, have published an open letter to the Victorian Parliament urging it to reject a new tax on electric vehicles.

The Andrews government’s proposal is the first stand-alone electric vehicle tax in the world.

The open letter says most industrialised countries are prioritising incentives for electric vehicles, to bring about cleaner air and new jobs from a growing industry.

“Don’t pull the handbrake on electric vehicles,” it reads.

Behyad Jafari, chief executive of the Electric Vehicle Council, said electric vehicle uptake was already massively behind the US, the UK and across Europe.

“This tax will exacerbate the yawning gap,” Mr Jafari said.

“Far from being on track to achieving net-zero emissions by 2050, emissions from transport are rising in Victoria. This is the wrong time to tax zero-emissions vehicles.”

Richie Merzian from the Australia Institute said it was “absurd” to penalise electric car owners, because they don’t consume petrol that pollutes the atmosphere and the environment.

“Our research shows that there are a range of policies that support the uptake of EVs which are very popular the public. These include offering loans for electric vehicle purchases, building more charging stations and removing the luxury car tax on zero-emissions cars,” Mr Merzian said.

“It is somewhat disingenuous to suggest that roads are funded by the fuel excise, as those funds collected by the federal government and go towards general revenue. If the state government is looking to increase revenue, there are far better ways to go about it that don’t disincentivise the use of electric vehicles.”

NSW and South Australia have considered an electric vehicle road user charge, but are not currently implementing the tax.

Queensland, the Northern Territory and Western Australia, as well as Tasmania’s caretaker government, have no current plans to explore an electric vehicles road user charge

The ACT has investigated a road user charge for all road users, not just owners of electric vehicles.

Avenel recharging is on, with the first of 6 Caltex service station charger...

Read More
Avenel recharging is on, with the first of 6 Caltex service station chargers going live in VIC