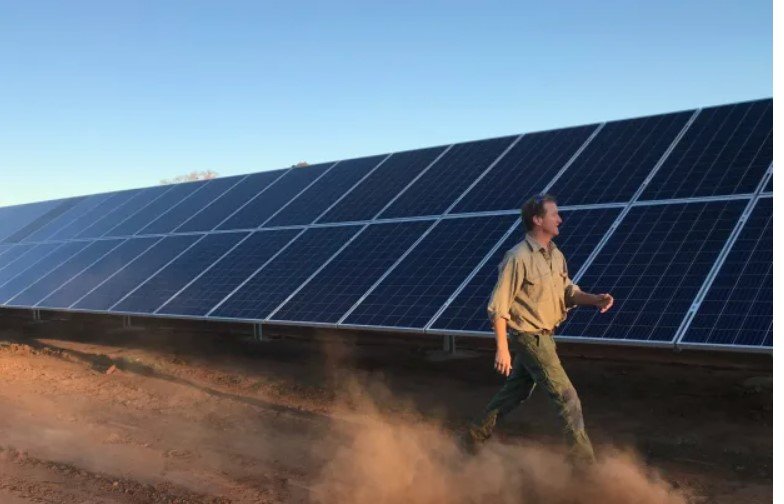 Big miners say their adoption of hydrogen and battery-powered vehicle is at an embryonic stage and their experimentation with new technology should not herald the end of the $7.9 billion federal tax rebate on fossil fuels such as diesel.

BHP has urged the Morrison government to safeguard the 42.7¢ per litre fuel tax rebate in next week’s federal budget and Fortescue Metals Group chief executive Elizabeth Gaines said any change to such policies should be as gradual as the energy transition itself.

The rebate is available to businesses buying certain fuels for use in heavy machinery on private roads, making it a valuable tax break for farmers and miners who consume huge volumes of diesel for trucks and other equipment in remote locations.

The Australian Tax Office was expected to refund $7.9 billion of fuel taxes to businesses in the year to June 30 and refunds were expected to rise to $8.9 billion in fiscal 2023, according to last year’s budget papers.

BHP and Fortescue have pledged to rid their mines of scope 1 and 2 emissions by 2050 and 2030 respectively and $US800 million ($1 billion) worth of solar and gas generation with battery storage is being installed across Fortescue’s iron ore mines in WA.

The new power infrastructure will slash Fortescue’s diesel consumption by hundreds of millions of litres per year and the company is also trialling battery technology in haul trucks, green ammonia as fuel for its locomotives and hydrogen as the fuel for buses and drill rigs.

Ms Gaines said Fortescue was decarbonising at an aggressive pace but would rely on diesel for some time as a full shift to a zero emissions fleet was not imminent.

“We are in the early stages of assessing this technology, we don’t have that equipment operating in our mine sites today,” she told The Australian Financial Review.

“Any change to any of those areas that support the sector and industry more broadly need to be done over a long period of time with enough visibility that people can plan for that.”

Unlike diesel, petrol, kerosene and turpentine, hydrogen is not a taxable fuel under the Fuel Tax Act.

The US company with ambitions of being “the Tesla” of the hydrogen fuel cell industry, Hyzon, is building hydrogen-powered coaches to carry Fortescue workers, while logistics company ATCO is installing WA’s first hydrogen refuelling station at Fortescue’s Chichester mining hub.

“We are taking the lead and I think business is taking the lead, but we need to do that in a collaborative way and make sure there is a sufficient period of time for that transition, so we can take everybody on the journey,” said Ms Gaines.

Diesel accounted for 40 per cent of BHP’s operational emissions in fiscal 2020 and the company said it would not set a target date for decarbonising its truck fleet given the development of cleaner alternatives would require “significant lead times” and co-operation with external providers.

A large proportion of BHP’s truck fleet is due to be replaced at about the 2027 financial year mark and chief executive Mike Henry told investors in September he was hoping low-emissions options would be more established by the time BHP was due to spend on new fleet.

“If we try to accelerate this stuff too quickly, we can destroy value,” he said.

BHP believes the “trolley assist” system being trialled by truck manufacturer Caterpillar has potential to reduce diesel consumption in mine trucks within the next decade.

Trolley assist relies on overhead power lines to provide renewably generated electricity to haul trucks in the same way trams are powered around the streets of cities like Melbourne.

While it is unlikely to be feasible for overhead power lines to be relied upon for 100 per cent of haul truck movements given the constantly evolving shape of mine sites, trials at a Swedish mine showed trucks consumed less diesel and travelled faster when supported by overhead power lines while carrying heavy loads uphill.

“We think that trolley assist and in-pit crushing and conveying are likely to be more economic sooner than the hydrogen-based fuel cells for haul trucks, although you could see some hydrogen being used in ancillary gear on site,” said Mr Henry in September.

“The technology that gets selected will be in part dependent upon the specific circumstances of the mine as well. I don’t think this is going to be one technology overtakes all others, I suspect that there will be a bit of all of these.”

While Fortescue and Rio Tinto are installing thousands of solar panels around their WA iron ore mines, BHP has not, preferring to instead use solar as part of a green hydrogen trial at its Nickel West business.

“At this point in time, the focus is predominantly on securing renewables from others off the grid. I don’t want to say that we wouldn’t consider opportunities to build renewables on our own but it’s certainly
not an area of core business focus.” said Mr Henry in September.

BHP believes the Scope 2 emissions from energy consumed on its Queensland coal mines will be halved by 2025 on the back of a power supply agreement with the Queensland government’s low emissions power generator CleanCo.

TOO MANY TRUCKING FIRMS IGNORING THEIR RESPONSIBILITIES: VICROADS