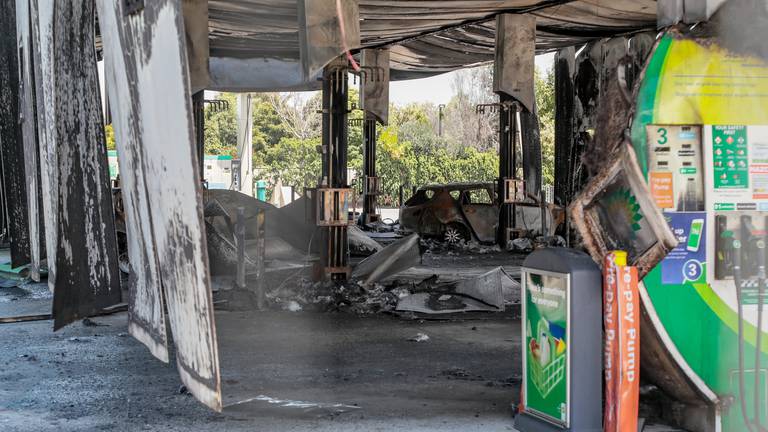 A 44-year-old man has been charged with criminally endangering public safety after a three-month investigation of an inferno at BP Bay View north of Napier.

The man is understood to have already appeared in court, and is currently remanded to appear in Napier District Court on June 2.

The fire happened mid-evening on the Friday night of January 15 when the State Highway 2 station – the last fuel stop for northbound highway traffic heading towards Taupo and Wairoa.

Flames leapt at least 20 metres into the air in a spectacular blaze which engulfed the forecourt, canopy, pumps and two vehicles, but all people in the area escaped uninjured – including people with the vehicles, two staff of the BP Connect service centre, just metres from the inferno undamaged apart from minor scorching, and a man said to have started the fire.

It was revealed soon after the fire that a man carrying a bucket of petrol approached women in a car in the forecourt and asked for a ride, and that the fuel erupted in flames.

The truck-stop fuelling points alongside the forecourt, but also barely damaged, were back in use within a week. After the replacement of the concrete pad and pumps, the forecourt was back in use about a month afterwards, but a replacement canopy is yet to be put in place.

Extracted in full from: https://www.nzherald.co.nz/hawkes-bay-today/news/arrest-for-napiers-bay-view-petrol-station-inferno/F6MXVRDSIX6TUQA4PMKCFBMGG4/