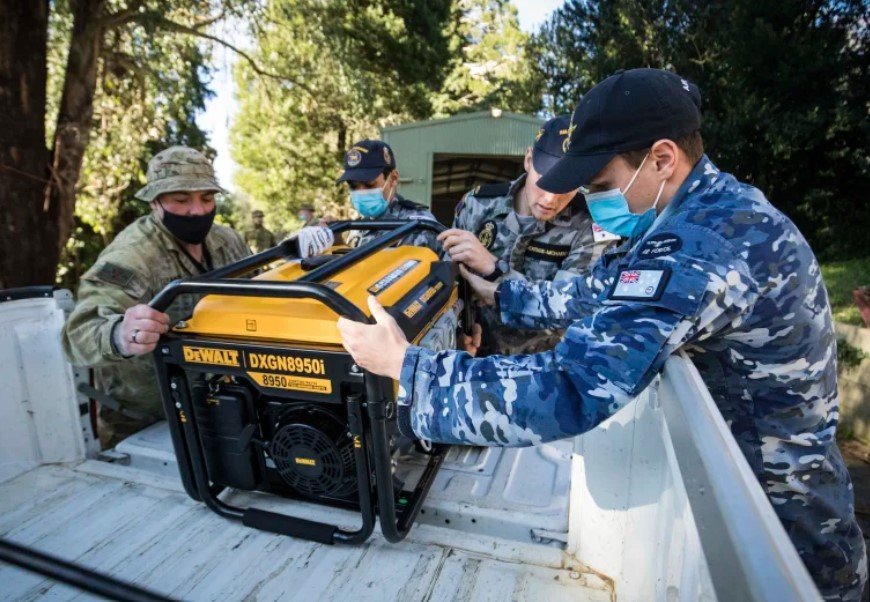 Local emergency workers in the Dandenongs say the urgent delivery of generators to storm-hit homes last weekend was delayed by 24 hours in freezing temperatures after authorities failed to supply batteries and fuel, then made emergency services workers wait until television crews arrived.

Some residents in areas hit by the storms on June 9 have been critical of an emergency response they say has been too slow and cumbersome. Now a number of volunteer fire brigades in the Dandenongs say they have been hamstrung by bureaucracy in trying to deal with the clean-up. The storms left more than 200,000 households and businesses without power statewide.

Peter Smith, captain of the Upper Ferntree Gully Country Fire Authority brigade since 2007, told The Age that 14 of his fire trucks travelled into the Kalorama area on Sunday equipped with chainsaws and manpower to help clear fallen trees and assist locals who by then had been without power for 10 days.

At about 1pm on Sunday they were asked to help distribute 200 generators from nearby Olinda.

“We organised to send five trucks. Our guys went to Olinda and stood around for a while before they were told they were waiting for news crews to arrive because they wanted to film them installing a generator at an old lady’s house,” Mr Smith told The Age. 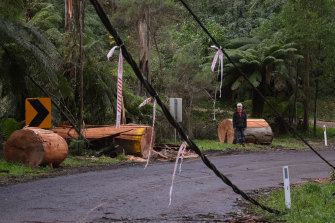 The storms did major damage to electricity infrastructure in the Dandenongs.

Mr Smith said he believed fuel was the responsibility of the Victorian government, which bought 100 generators, with another 100 donated by Bunnings Warehouse. He said be believed the batteries had been forgotten by emergency services workers in a mishap.

But a State Control Centre spokeswoman denied there had been any delay saying it was always intended that the generators be delivered to householders on Sunday after they arrived in the area on Saturday afternoon.

A senior source within the SES, which has committed hundreds of volunteers to the clean-up effort, said his organisation had been advised to prepare to distribute generators on Saturday afternoon, hours after the government’s announcement. At that time 1500 homes were expected to be without power for the next three weeks.

“We were stood up ready to go, waited and waited but then were told it wouldn’t start until Sunday,” the source said on condition of anonymity because he was not authorised to comment publicly. “Once we got to Sunday, it took several hours to mobilise and it wasn’t until lunchtime they took the first lot.”

another senior CFA worker, who asked to remain anonymous as they were not authorised to speak to media, separately told The Age that fuel had not been ordered, setting the generators’ distribution back by a day.

“It’s a lack of understanding and organisation from the pen-pushers higher up,” the source said. “It was almost comical that they forgot to order the thing that fuels these generators.”

But the State Control Centre spokeswoman said generator deliveries were always scheduled to begin on Sunday after they were delivered to Olinda on Saturday afternoon. She did not respond to questions about the absence of fuel.

The spokeswoman also confirmed three media outlets approached the CFA in Olinda asking to film families receiving generators on Sunday but that, “At no point was any generator delivery held up”.

Local residents have been told that, of the 4000 homes that were without power last weekend, only those who were expected to be without power for weeks were offered a generator. As of Thursday, there were 866 power outages in the Dandenongs area while 150 of the 200 generators had been delivered.

Bill Robinson, captain of the Kalorama CFA brigade, said he was concerned at what he saw as limited support offered by emergency authorities to residents who did receive a generator, many of whom were elderly.

“What I think has been forgotten here is how does an 80-year-old lady actually fuel her generator? Can she really pick up a 20-litre container and refill it?” he said. “Someone I know was up on Mount Dandenong filling a generator for an elderly woman because great, she’s got one, but she can’t use it.”

The State Control Centre spokeswoman said each generator came with a fact sheet and emergency services had identified five people physically incapable of filling a jerry can who were being supported.

In the early days after the storm, residents complained of a lack of people power in the area. Emergency Management Commissioner Andrew Crisp initially resisted pressure to call in ADF personnel, in part because he said they did not have chainsaws or expertise in arbory, before he requested 120 troops on Friday.

Meanwhile Victorian government documents confirm they have outsourced the allocation of assistance grants to the local power distributor, AusNet, because the company has better knowledge of residents’ details. The government has paid out about $5 million in grants of a minimum of $1680 per week to households experiencing prolonged power outages.

Opposition energy and renewables spokesman Brad Rowswell said the role AusNet was playing in deeming applicants’ eligibility for the grant program should be carried out by the environment department.

This is the responsibility of the state government – people know who they are and they’re there to deliver services,” he said. “They can’t handball this to local government or the feds. It’s just their job to keep the power on and they’ve failed.”

The Sandringham MP said the 200 generators covered about 10 per cent of those who were without power over the weekend.

However, the government has limited the number of generators to 200 because it believes it is constrained by the resource-intensive nature of moving generators, which requires several ADF or other workers to transport, and because some homeowners are ill-equipped to have a generator.

With three burglaries reported in the north-eastern towns of Healesville and Mount Evelyn over the past 10 days, Victoria’s Chief Commissioner of Police Shane Patton said he was disgusted by looting occurring in storm-affected areas, describing it as a “dog’s act”.

Extra police have been deployed in the area after five generators were also stolen and Mr Patton said they had been tasked with keeping an eye on vacant or uninhabitable properties.

“It’s a real dog’s act, that’s the only way I can describe it. What type of person goes and knocks off generators and breaks into houses that are vacant because of storm damage? It’s just disgusting … it’s just indescribable actually,” Mr Patton told radio station 3AW.

One in five tobacco retailers would prefer not to sell cigarettes