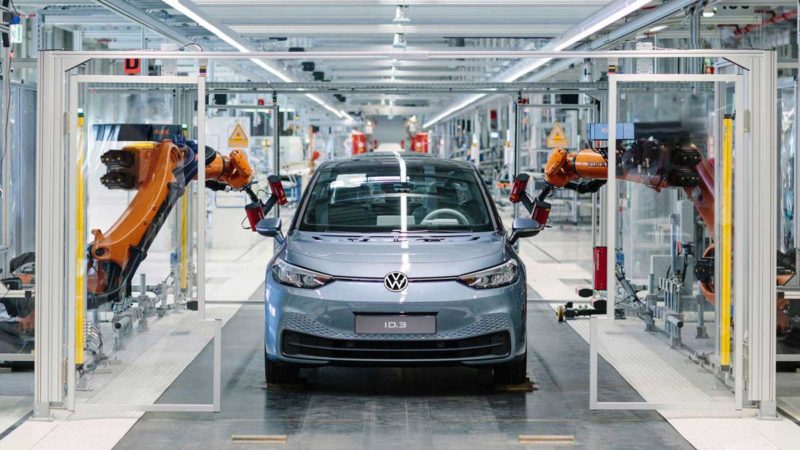 Petrol car makers may soon be worth nothing, or worse

Petrol car makers may soon be worth nothing, or worse

Car makers devoted to manufacturing internal combustion engine vehicles could soon be worth nothing, or even be a negative asset, thanks to the rise in electric vehicles.

Analysts at Morgan Stanley say the current boom in car sales – which has sent the share prices of major auto makers like GM and Ford to multiyear highs in recent months – is blinding some investors and businesses to the medium term trend towards electrification.

This problem extends beyond car makers, and includes dealers and suppliers in of ICE vehicles and parts. The analysts argue investors have become “too optimistic” about the future for these businesses.

“A substantial portion of the assets, systems and [intellectual property] within our industry is dependent on internal combustion engines (ICE),” the analysts wrote. “Our analysis suggests the value of the businesses related to ICE will be worth near zero, if not negative.

Because autocompanies are currently enjoying strong demand vs. supply for their products intoday’s historically strong market, investors tend to ‘push off’ their concernsover ICE liability entanglement further out in their analysis.”

The move to EVs is already gathering pace, and according to BloombergNEF if governments snap into action, it could soon start moving at breakneck speed (as it must if we are to avoid catastrophic climate change).

That will leave car makers that have invested only in ICE production with expensive plants that makes products nobody wants. Even if they are also pivoting to EVs, those negative assets could prove to be a fatal drag on companies that have share prices to maintain and shareholders to appease.

It’s similar to the “stranded assets” debate over coal mines and power plants . Companies that sink capital and intellectual property into the development of these mines and plants assume a certain return on that investment over many years.

But the rapid switch to low carbon alternatives is posing major risks that they will not be able to make back their investments.

Australian energy giant AGL in particular, which spent huge sums of money on coal-fired power plants just a decade ago, is now facing the consequences of the rapid roll-out of cheap solar, which has pushed power prices to unsustainabl levels.

Could the same thing happen to car makers? Morgan Stanley analysts say they are swimming against the mainstream current on this, which is bullish about the near-term earnings potential of auto makers.

“In our opinion, the ‘first shot’ in the war on ICE has yet to be fired. We believe the decline in ICE still remains an under appreciatedrisk that is being masked by the strong cyclical backdrop currently.”

Extracted in full from: Petrol car makers may soon be worth nothing, or worse (thedriven.io)