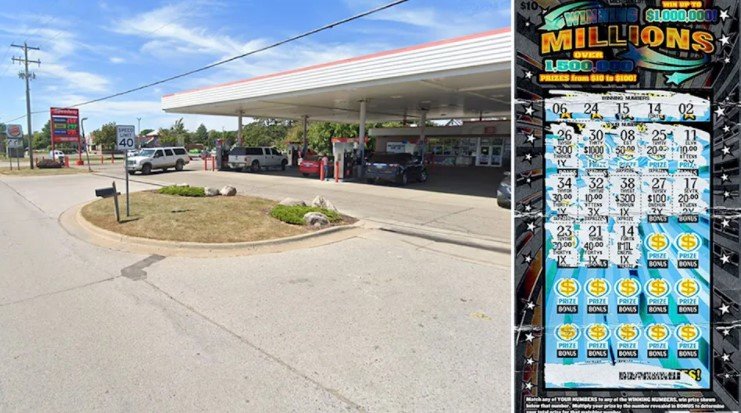 US: Man’s $1.2m lottery scratchie win while filling up at petrol station:

US: Man’s $1.2m lottery scratchie win while filling up at petrol station:

A man was so excited about his A$1.2 million scratchie win he drove off with the petrol pump still hanging out of his car.

The anonymous 59-year-old winner, from Genesee County in the US state of Michigan, purchased his ticket while stopping for petrol at a Speedway, opting for a Winning Millions ticket as it is his favourite.

“I stopped at Speedway to get gas and decided to get a ticket while I was there. I started scratching the ticket while my gas was pumping,” he explained to the Michigan Lottery.

“When I saw I’d matched the number 14 and then revealed the (US)$1 million amount underneath, I started yelling: ‘Are you kidding me?’”

The man said he was so excited he forgot he was still filling up his car, he ended up driving off with the pump still in his vehicle.

The man then headed to the Michigan Lottery headquarters and claimed his prize, opting for a lump sum payment of US$634,517 (A$820,441) over annual payments to the full amount.

The man says he plans to buy a new home, a new car and go on a holiday.

“I have been playing since the lottery began and finally won big,” he said.

“Winning a $1 million prize is life-changing.”

Over the weekend, a Brit came forward and claimed their huge $230 million prize after being the sole winner in Friday night’s EuroMillions Superdraw.

The win marked the ninth largest prize won in the UK.

Extracted in full from: Man’s $1.2m lottery scratchie win while filling up at petrol station (yahoo.com)