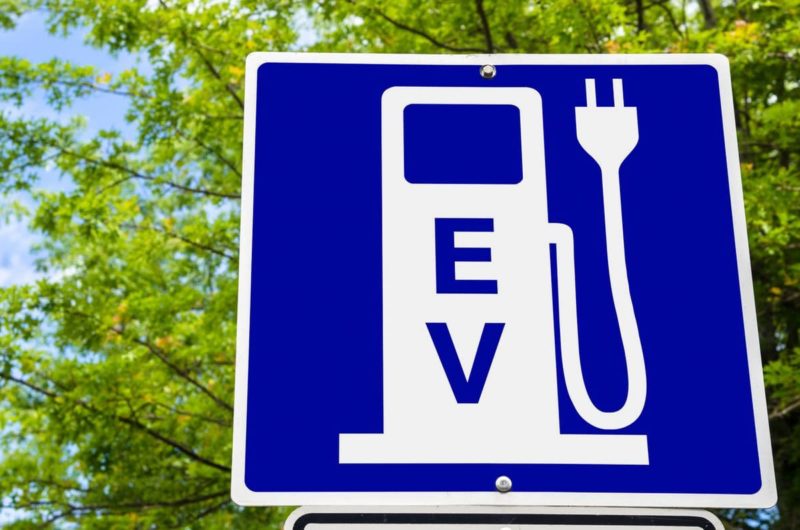 Victoria’s drive to get electric cars on the road has been left far behind by NSW’s plan to accelerate sales.

Victorian motorists have been offered subsidies worth less than one-third of those available across the border.

NSW’s $500 million plan, announced on Sunday, entitles some electric vehicle buyers to more than $7000 in direct payments and tax breaks, plus access to a vastly enlarged $170 million network of charging stations.

Victoria is offering to pay drivers $3000 towards the cost of new electric cars and a $100 discount on annual registration fees but will claw back an average of $330 a year in a new road user charge, which NSW has also introduced but will not start to collect until 2027. 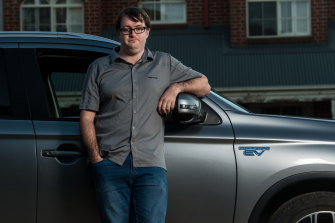 Tim Stewart wants to switch from a hybrid to a full electric vehicle, but says he cannot afford to under the Victorian government’s policies.CREDIT:JUSTIN MCMANUS

Victoria defended its approach on Monday, saying NSW would allow owners of high-end electric vehicles worth more than $100,000 to drive on the state’s roads for free while motorists in cheap petrol and diesel cars would continue to be charged fuel excise to pay for road upkeep.

NSW will also waive stamp duty on battery-powered cars worth less than $68,000 – saving $2250 on a base-model Tesla – until the state has achieved its ambition to have one-third of the cars on its roads running on electricity.

The electric vehicle industry, which has struggled to capture significant market share in Australia without the aggressive government market interventions seen in Europe, has welcomed NSW’s policy package and urged Victoria to make up the ground.

Victoria’s subsidy for electric vehicle buyers is part of a $100 million package to encourage electric vehicle take-up that was announced after a backlash against the road user charge from environmentalists and the motor industry.

State Treasurer Tim Pallas also formed an expert panel in May to advise the government by December on a more comprehensive policy response.

But Behyad Jafari, chief executive of the Electric Vehicle Council, said the Victorian government had already fallen far behind NSW and the ACT, and had no time to waste.

“It’s hard to say by how many years Victoria is behind because, right now, they don’t know what their policy is going to be.”

Mr Pallas said Victoria wanted half the cars in the state running on batteries within nine years but its approach was based on fairness.

“Our comprehensive $100 million investment – made possible by the road user charge – will ensure a faster and smoother transition to zero-emissions vehicles in Victoria.”

Student and part-time Uber driver Tim Stewart – who lives in regional Victoria – uses his plug-in hybrid Mitsubishi Outlander to generate fares and would love to switch to an all-electric vehicle, but under Victoria’s policy that dream is out of reach.

Worse, he is going to pay the new road user charge from July 1 – albeit at 2¢ a kilometre, a cheaper rate than drivers of pure electric vehicles who will pay 2.5¢ – as well as petrol costs.

“I want to re-register my car in NSW or take the charging port of my car so I don’t have to pay the [new tax] on it. When you’re driving an Uber and you’re doing hundreds of kilometres in a shift, it’s going to add up very quickly,” Mr Stewart said.

“So it’s an upgrade to a full electric, which I can’t do, or my other option is to sell this and downgrade to a normal hybrid or even back to a petrol car.”

The Logistics Council, representing the long-distance trucking industry, also welcomed the NSW policy but said enough stations capable of recharging giant batteries for prime movers would have to be built on the nation’s highways if electric trucks were to take off.

The council also called for states to co-ordinate an approach to taxes on charges on electric vehicles, noting that NSW, Victoria, South Australia and the ACT would all soon have different pricing regimes.

The Victorian Greens – after their federal colleagues moved an unsuccessful motion in the Senate on Monday that would have barred state governments from unilaterally imposing road vehicle user charges – lashed out again at Victoria’s electric vehicle policy, labelling it a laughing stock.

Extracted in full from: Victoria in slow lane on electric vehicles as NSW takes lead (theage.com.au)

Will the banks soon start refusing loans for petrol cars?