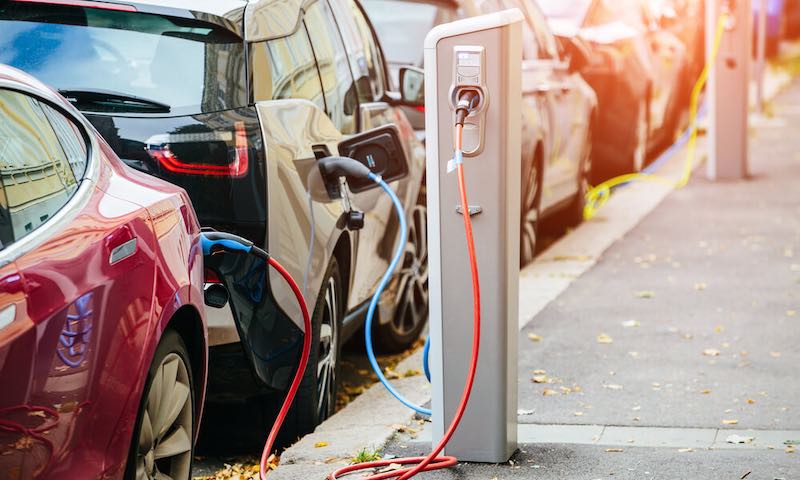 Well, that didn’t take long. Less than 24 hours after the Grattan Institute released a policy document calling for Australia to follow in the footsteps of the EU and effectively ban sales of new petrol and diesel cars by 2035, the Murdoch Media has come out blazing.

“It’s another hoax,” said commentator Sky News commentator Alan Jones, who also thinks that climate science is a hoax, along with Covid vaccines.

Jones justified his claims by citing data he said came from the International Energy Agency, although he was under the mistaken belief that the IEA boss is a woman called Faith.

“Could someone just read  the report from the International Energy Agency, the director Faith says, if you think you’re going to change climate by bringing in the production of electric cars, she says then think again,” Jones said.

Actually, the executive director of the IEA is not a woman called Faith, it is a man called Fatih (Birol), and contrary to what Jones says, Birol thinks that EVs will help reduce emissions, and help solve the climate change. In fact, he says EVs are essential to the task.

“Electric vehicles have an indispensable role to play in reaching net-zero emissions worldwide,” Birol said at the launch of the  IEA’s latest EV Outlook report.. “Current sales trends are very encouraging, but our shared climate and energy goals call for even faster market uptake.”

We can’t find any such reference, but the IEA does say in its latest report that $US14 billion was spent on rebates and tax incentives by governments across the world in 2020, just over 10 per cent of the $US120 billion that was spent by consumers on EVs. That equates to average government support of $US4,666 per for the 3 million new electric cars registered in 2020, and the scale of subsidies is falling.

Jones further claimed it would cost $35,000 to replace a car battery. “That’s an expensive trip to the garage,” he said.

We can’t find that reference either, but we note that the IEA does say it expects batteries to last as long as the car itself.

And given that the IEA says the cost of battery storage will fall to below $US200 a kWh, and hopefully below $US100 a kWh, then the cost of replacing a 50kWh battery if it is needed will be between $US5,000 and $US10,000. And the EV will not likely need many trips to the garage in between.

And then Jones did actually cite a number that we could find in the IEA report, the number of kilometres (60,000kms) an electric car needs to travel before it delivers a net positive on emissions over a fossil fuel equivalent.

But what the IEA also says, and which Jones did not mention, is that assessment is based on the emissions intensity of the grid in 2019, and it still delivered overall reductions in transport emissions of one third for the life of the vehicle.

By 2030, as more renewables enter the grid, the savings will be two thirds, and then more as the grid further decarbonises.

And the most recent IEA report proposes exactly what Grattan suggests should happen in Australia, a gradual tightening of emissions standards to encourage the phase out of fossil fuel cars.

Australia did actually considered introducing a fuel standard a few years ago – to help improve the efficiency of fossil fuel cars, which are both expensive to run and deadly – but was scared away when the Murdoch media branded it as a “carbon tax on wheels”.

Another Sky News host Peta Credlin, the former chief of staff for prime minister Tony Abbott, whose government scrapped the carbon price and tried to do the same with the renewable energy target and key agencies such as ARENA and the CEFC, said EVs would require “billions” of subsidies.

Actually, that’s not what Grattan is proposing. It argues that Australia needs to prepare for the transition because that is where the world is heading. Most car makers are already planning an end to fossil fuel cars, and the EU is going to ban them anyway from 2035.

She cited sales of 100,000 petrol and diesel utes in the first half of the year as proof that Australians didn’t want to go electric.

Hmmm, it may also be proof that electric utes are not yet available in Australia, and that options for other electric passenger cars are limited, and relatively expensive. When they are, we are willing to bet that Australian tradies will rush out to buy them, because on a lease they will be cheaper, as well as faster and more fun to drive, and more useful (powering and recharging tools) than their current options

Make no mistake, this net zero agenda is about so much more than the environmen,” Credlin claims. “It is about making sweeping changes to the way older people live their lives, the car they drive, the food they eat,  and the number of children they have,” Credlin said.

In short, a global conspiracy from the “green left elite”, as she describes them. The culture wars and the misinformtion loom large. And as we reported last week, the Liberals seem to be laying the ground work for another scare campaign against EVs.

Extracted in full from: “Another hoax:” Murdoch media slams push for Australia to go electric (thedriven.io)

The world is phasing out petrol and diesel cars, and Australia is a long wa...

Read More
The world is phasing out petrol and diesel cars, and Australia is a long way behind

Project to convert sewage into a zero-emission fuel

Read More
Project to convert sewage into a zero-emission fuel