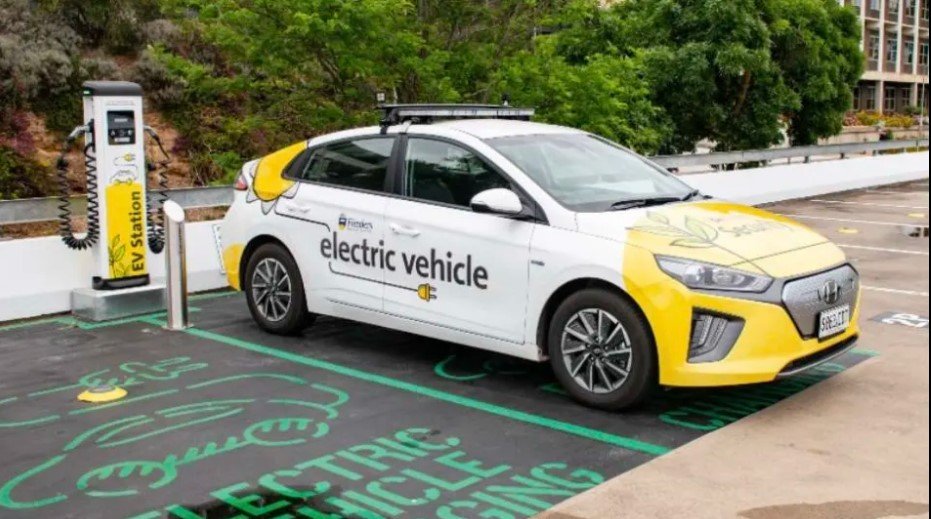 With Australians buying zero-emission cars in increasing numbers, we look at which suburbs have the highest concentrations.

Newly-released data from the Australian Bureau of Statistics (ABS) has revealed the top suburbs in Australia for electric vehicle (EV) ownership.

The government authority has also included plug-in hybrid (PHEV) models within its data set, which typically allow the driver to travel up to roughly 50 kilometres on a single charge of an onboard battery pack, before the internal combustion engine kicks in.

All but one of the top ten slots belong to postcodes within New South Wales and Victoria – though hardly surprising, given they are home to more than half of Australia’s population, as well as the bulk of the country’s charging infrastructure.

At the top of the list, Australia’s top EV suburb belongs to Melbourne (postcode 3000), with a total of 145 battery-powered vehicles registered within the Victorian capital.

Despite Melbourne’s central business district not having a large number of residences with garage space, the city is home to a long list of private companies, many of which own electric cars, driven by business owners and employees.

However, when looking at total number of EVs as a percentage of all vehicles registered within that postcode, Derrimut and Laverton North come out on top, with EVs making up 2.74 per cent of the total number of cars in that locale.

While the list does not reveal owners, it’s no coincidence the postcode is across the road from Toyota’s former manufacturing plant, now the location of its hydrogen refueling facility.

It’s believed many of the hydrogen-powered Toyota Mirai sedans found homes in the local area under the company’s trial program, allowing drivers to easily fill up the cars at Toyota’s refueling station nearby.

But the results are skewed. Halfway down the list is the postcode of 3170: home to the headquarters of Nissan, Mazda, BMW, and Mercedes-Benz, all of which boast EVs among their model line-ups.

It’s unknown whether electric airport ground vehicles are included in the count, with Melbourne Airport’s suburb of Tullamarine taking out the number eight spot.

Above: Table compiled by the Institute for Sensible Transport using data from the Australian Bureau of Statistics.

Above: Table compiled by the Institute for Sensible Transport using data from the Australian Bureau of Statistics.

The only suburb not found in Victoria or NSW sits in second place (on both total number of EVs registered, as well as percentage), and encompasses Bedford Park, Clovelly Park, Pasadena, St Marys, Tonsley, and Flinders University in South Australia.

Flinders University not only owns a fleet of more than a dozen electrified cars, including the Hyundai Ioniq and Hyundai Kona Electric, it’s also home to 13 electric vehicle charging points for students and staff to use.

Dr Elliot Fishman, Director of Transport Innovation at the Institute for Sensible Transport – the Melbourne-based consultancy which compiled the list from ABS data – says the take up of EVs in Australia is based on two factors.

“The percentage growth in EVs has been very strong in Australia over the past year,” Fishman told Drive.

“This reflects a growing awareness of the benefits and capabilities of EVs, such as lower costs of ownership and reduced emissions. It is also a consequence of a growing number of models available, including lower-cost vehicles, as well as stronger battery range,” he said.

“Finally, the growth in the fast charging network is giving people confidence for using EVs for longer trips.”

But while there’s an increasing trend towards zero-emission cars, Fishman says there is still a long way to go, with EV ownership accounting for just 0.7 per cent of new-car sales in Australia.

“There are a range of measures government could take to boost the efficiency of the fleet, including a luxury car tax exemption, stamp duty exemption and other measures to lower the upfront cost of purchasing an EV. As the cost of EVs comes down, it will be possible to wind back these measures.”