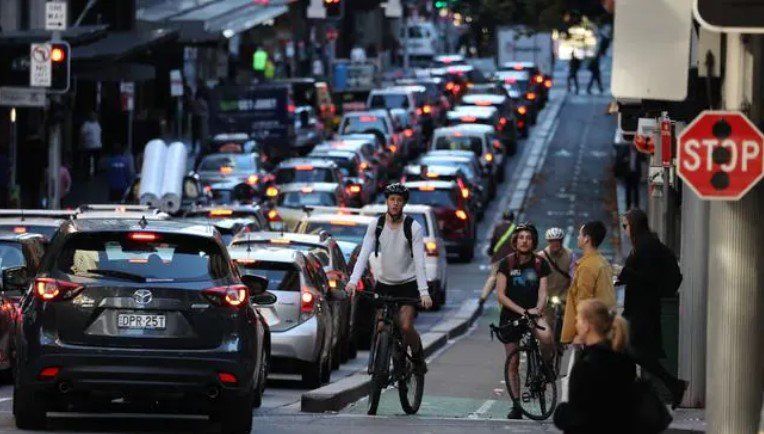 The best way to reduce emissions from the vehicle market would be a combination of tighter emission standards and inducements to encourage electric vehicle imports by cutting taxes.

In a report released on Sunday the Grattan Institute’s Tony Wood noted the transport sector was responsible for 18 per cent of emissions in 20230.

It said the only sector in which emissions are falling is electricity and while the concept of cutting energy emissions and then electrifying everything is appealing on present progress Australia would fail to meet its targets.

The report said “the best way to cut emissions in every sector in an economically efficient way would be to introduce a single, economy-wide emissions price coupled with support

On the assumption this is not politically feasible Grattan is targeting a sector specific approach starting with transport.

and light commercial vehicles, and the standard should tighten to zero emissions by 2035.

“Governments should encourage a thriving market for zero-emissions vehicles by exempting them from inefficient taxes such as import duties, luxury car tax, and motor vehicle stamp duty. They should ensure drivers across the country have somewhere to charge electric models.

A renewable hydrocarbon fuel target would also be a smart bet, especially for the aviation industry.”

Another policy would be to “increase the truck width limit in Australia from 2.5 to 2.6 metres to ensure any low-emissions heavy vehicles made for the EU or US can be used in Australia without expensive modifications.

“Light vehicle emissions in 2030 are projected to be 7 per cent lower than the pre-Covid levels in 2019, but higher than in 2020. On these projections, electric and fuel cell vehicles will make up only 7 per cent of the light vehicle fleet and 26 per cent of new sales by 2030.”

The report noted: “If Australia is to reach net zero by 2050 at low cost, it is inevitable that the future light vehicles fleet will be almost entirely made up of zero-emissions vehicles.”

“Australia stands alone among OECD countries in not having vehicle fuel efficiency and emissions standards, which have proven useful at reducing fleet emissions over time in other countries.”

The Grattan reports says ‘governments should encourage a thriving market for zero-emissions vehicles’ and ‘they should ensure drivers across the country have somewhere to charge electric models’.

The report said light vehicles (cars and light commercial vehicles combined) produced 62 per cent of total transport emissions in 2019, and 12 per cent of Australia’s total emissions.

Domestic aviation accounts for less than a 10th of transport sector emissions and have grown by 58 per cent since 2005.

Electrification of land transport could add up to 130 terawatt-hours to annual electricity demand – about a third more demand than there is today.

Grattan said: “The parts of the transport sector that are most expensive or technologically infeasible to decarbonise – such as aviation, and some of the freight task – are likely to require offsetting to reach net zero.”

That could mean between 10 and 30 million tonnes of offsets per year by 2050, it added.

Tesla to open up Superchargers to other electric cars

Read More
Tesla to open up Superchargers to other electric cars