A “user dealer” drug addict, who caused $50,000 damage to a petrol bowser trying to flee police, has learned his fate in court.

A man with an “apparent disregard for law enforcement” was forced out of a stolen car by police at gunpoint after ramming a petrol bowser trying to escape, a court has heard.

Ty White, 25, of Woy Woy, appeared at Gosford Local Court on Thursday via video link where his lawyer confirmed guilty pleas to seven charges including driving while disqualified; driving furiously; recklessly or in a manner dangerous; car theft; possessing a prohibited weapon; supplying a prohibited drug and dealing with the proceeds of crime.

A further charge of using a car as an offensive weapon to avoid arrest was withdrawn and dismissed. 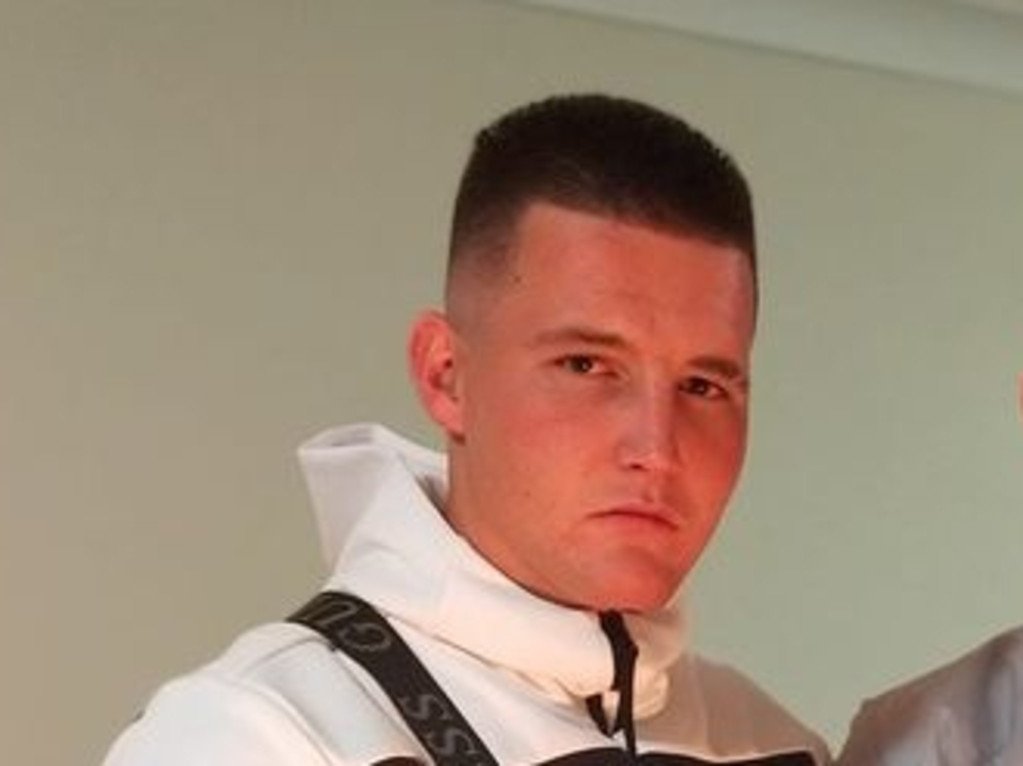 An agreed set of police facts states White had an extensive criminal history with 33 matters mainly for driving while disqualified, stealing cars, police pursuits and drug and weapon offences.

At 9.22pm on Saturday, September 12, last year White was waiting for the fuel pump to operate at the Liberty service station at Empire Bay when he saw a passing unmarked police car.

“In a panic the accused was seen to run towards the front entrance of the service station before returning to the vehicle,” the facts state. 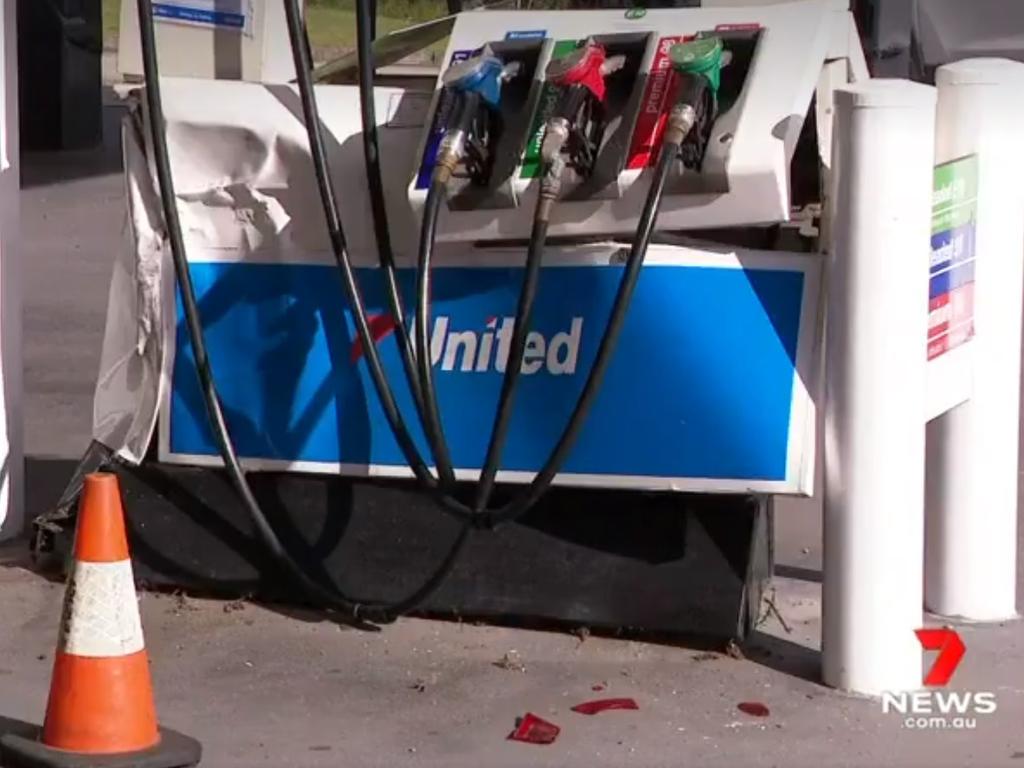 Police noticed the silver Ford Focus parked at the pump and recognised White running back towards the vehicle.

Police pulled up in front of the Focus where they saw White trying to start the car.

One officer got out and demanded White get out but he kept revving the engine before putting it in reverse.

Without checking behind him White accelerated at speed and “collided heavily with the fuel pump”.

“The driver’s side rear has impacted with the fuel pumps where the vehicle has lifted approximately 2-3 metres in the air before returning to the ground,” the facts state.

“The accused, disorientated by this, has again continued to rev the vehicle’s engine again attempting to engage a gear.”

The officer, believing White was going to drive straight at him, drew his firearm and yelled at the offender to “stop the car, stop the f’n car”.

White refused to comply and put the car into third gear when the car lurched forward a couple of metres and stalled.

“The accused has again attempted to restart the vehicle however police were standing next to the driver’s door where the accused surrendered at gunpoint and was forcefully removed from the vehicle,” police facts state.

Police searched him and found a resealable bag containing 2.66g of methamphetamine in his underwear.

They also found a silver set of metal knuckle dusters and $1800 cash in his bum bag slung over his shoulder at the time. 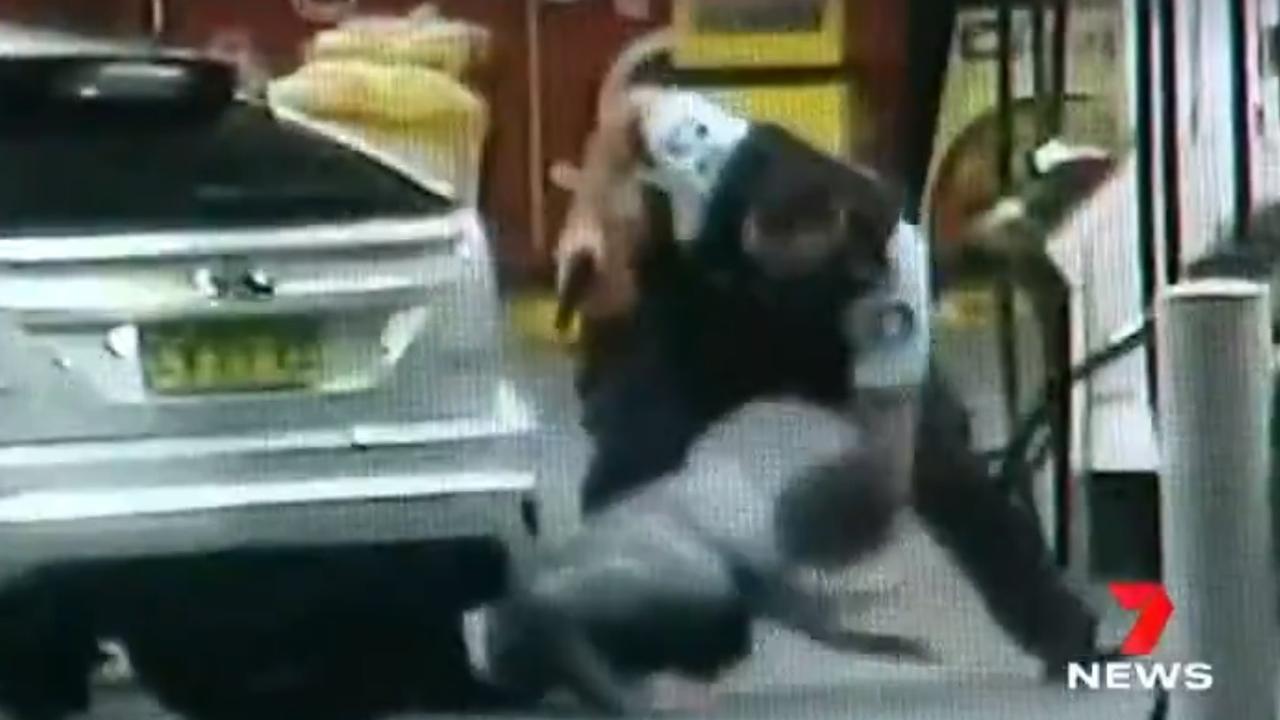 White was forcibly removed from the driver’s seat. Picture: 7 NEWS

He told police he won the cash on the pokies but he was unable to provide any details or a receipt for his winnings.

“Due to the amount of cash and drugs, and the fact the accused’s phone was continually ringing, police believe the accused was supplying prohibited drugs,” the facts state.

Magistrate Jennifer Price said the offences were aggravated by the fact White was on parole at the time and had “numerous terms of imprisonment” dating back to 2017.

Magistrate Price said it was clear White was a “user dealer” who was supplying drugs to fund his own addiction and the only prospect of rehabilitation, in his favour, was his young age in that he “has time to turn things around”. 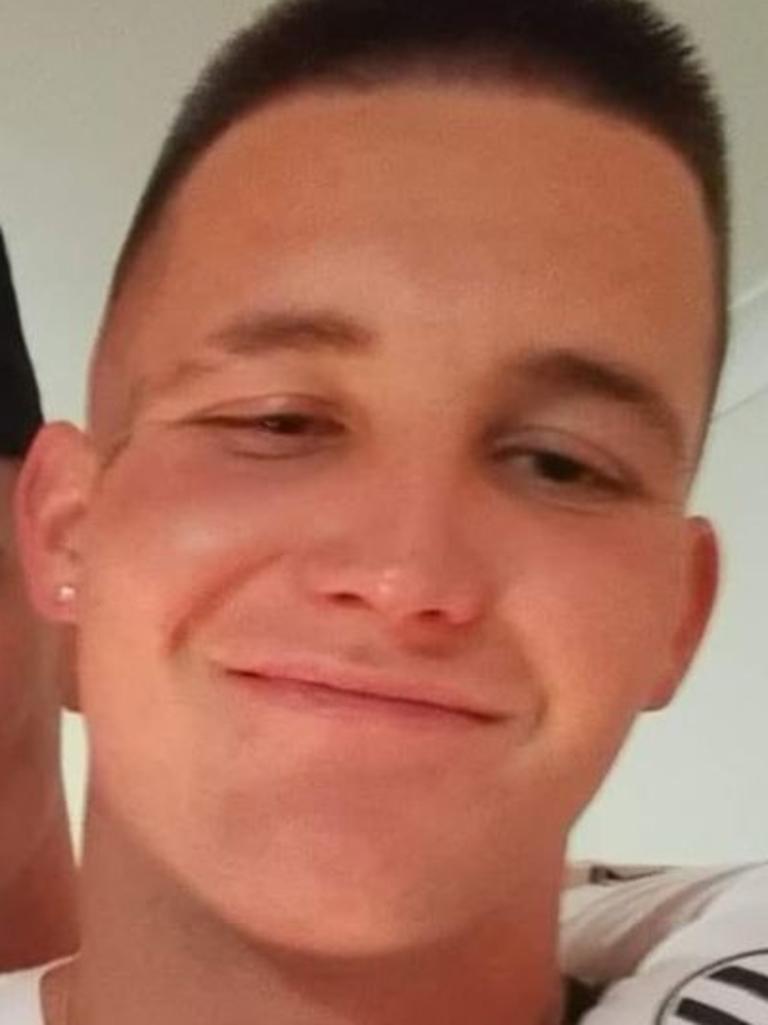 She said White caused an estimated $50,000 damage to the petrol bowser, which had to be replaced and since his arrest he had been subject to a number of misconduct violations while in custody.

Magistrate Price convicted White of all seven offences and sentenced him to one year and six months jail with a non-parole period of 13 months.

With time served he will be eligible for release on October 29.

She also disqualified him from driving for a further five years.