A Winnie Blues thief with a ‘pistol in his pocket’ told a shop worker: “I have a gun, give me all the smokes or I will kill you”. 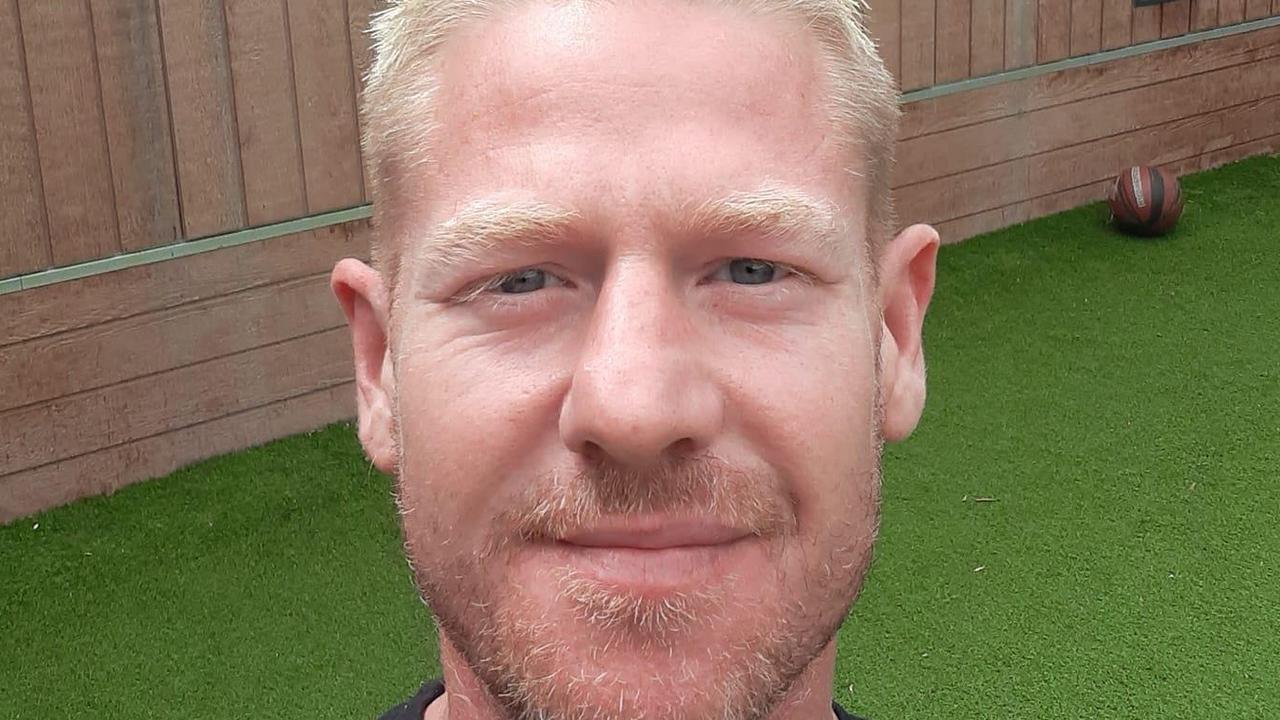 Jai Bowden held up a 7-Eleven, saying he had a gun and wanted to steal cigarettes.

A robber who walked into a convenience store demanding cigarettes said he was armed with a gun, a court has heard.

But Jai Michael Bowden was spurned in his mission to steal smokes, so smashed up the store and ran off with a Guide Dogs donation tin instead.

The Frankston 40-year-old also went on a violent and vile crime spree, ramming a shopping centre with a trolley, spitting on a PSO and defecating, urinating and vomiting in a police cell.

He pleaded guilty to robbery, threat to kill, criminal damage, assaulting an emergency worker and bail breach charges at the Frankston Magistrates’ Court on Wednesday.

The court heard in October 2019 Bowden went to a 7-Eleven in North Melbourne and asked the assistant for some Winnie Blue cigarettes.

He was given a packet and asked how he was going to pay when he replied “I have a gun, give me all the smokes or I will kill you” and gestured that he had a pistol hidden in his pocket.

The shop worker quickly pulled back and took the cigarettes away before Bowden grabbed an Eftpos machine and tried, but failed, to rip it from the counter.

He then picked up crates of bread and threw them around the store, pushed over shelves and stole a charity tin before running off.

Police discovered him around 300m away, with no gun to be found.

In January last year he was in Frankston Hospital when he was told he couldn’t take a cigarette break.

He smashed up a coffee machine, saying it was “poisoning” people and the beverage had “a fishy taste”.

In April this year he was seen on CCTV ramming the glass doors of the closed Bayside Shopping Centre in Frankston with a trolley, causing significant damage.

When nearby PSOs came to arrest him, he spat on one of them.

While in the police cells he urinated, defecated and vomited all over the floor, saying he was “doing it on purpose” to annoy cops.

Each time he was arrested he was either too aggressive or too unstable to be interviewed.

He said “clearly he was an unwell person” during these incidents, and he sometimes “acted out”.

He said his client had already served 103 days behind bars and would benefit from a treatment order upon release.

Magistrate Gerard Lethbridge sent him for a community corrections order assessment, but stressed that didn’t mean he would automatically be let out on the next date.

Bowden was remanded in custody and will face court again on August 24.