It would be harder to think of a fuel that is any cleaner. Take air, add water, and by a miracle of engineering, power an aeroplane.

That is the vision scientists believe will come to fruition in just a few short years.

Synthetic fuel – made by combining carbon dioxide sucked out of the air with hydrogen extracted from water – offers what many believe to be the best chance of achieving net zero aviation.

The Canadian firm Carbon Engineering and LanzaTech UK have teamed up to make this dream reality. Backed by British Airways and Virgin Atlantic, and some government funding, in March they will publish a feasibility plan outlining how they will produce 100 million litres of zero-emission jet fuel each year by the end of the 2020s.

“This is really the starting point,” said Amy Ruddock, Carbon Engineering’s vice-president for Europe. The team is looking for a site to base a production plant – with Port Talbot in south Wales and St Fergus in northeast Scotland the most likely options.

Getting the project going could take four years, she says. “The 100 million litres that we’re proposing is about 1 per cent of the UK’s needs each year. But you develop the first plant, and you learn, and you start to reduce costs,” Ruddock adds.

How realistic is this vision? Carbon Engineering has demonstrated it can use technology to gather CO2 from the air, and electrolysis to split water into hydrogen and oxygen.

The company has even shown it can combine the elements to make a synthetic fuel that can be used as a like-for-like replacement for traditional jet fuel.

When the fuel is burnt in a plane’s engines, the carbon dioxide is released back into the atmosphere, but because it was removed from there to begin with, the net result is zero emissions.

“We have been doing it at our pilot plant in British Columbia since 2017,” Ruddock said. “To date we have produced 50 litres.”

The amount is so small that it would take a jumbo jet just 12 seconds to burn through the entire stock produced so far.

And scaling it up to commercial levels is no mean feat. Simply providing the green electricity to electrolyse enough water into hydrogen to make sufficient fuel for Britain’s aviation needs would require a doubling of the country’s renewable energy output. But Ruddock insists this is just the beginning.

It is a problem that needs a solution. Aviation makes up 2-3 per cent of global greenhouse gas emissions. By 2050, it is projected to have consumed 25 per cent of the global carbon budget. Last month the Department of Transport published its draft “jet zero strategy”, which aims to demonstrate zero-emission transatlantic flight “within a generation” and reduce emissions from aviation to net zero by 2050.

There are various potential to achieving this goal. Hydrogen fuel is one option. When fossil fuels are burnt, carbon dioxide is produced. When hydrogen is burnt, the by-product is simply water. And engineers know it works. After all, Nasa put a man on the moon using hydrogen rockets. But it takes up a lot of space, which would displace passengers.

Airbus is developing new hybrid-hydrogen aircraft designs, in which liquid hydrogen will be burnt by modified gas turbine engines. It aims to have one of its three “ZEROe” design concepts carrying commercial passengers by 2035. Electric-powered flight also holds potential. Trials are taking place to fly passengers between the Scottish islands and the mainland. But flying further distances proves problematic. 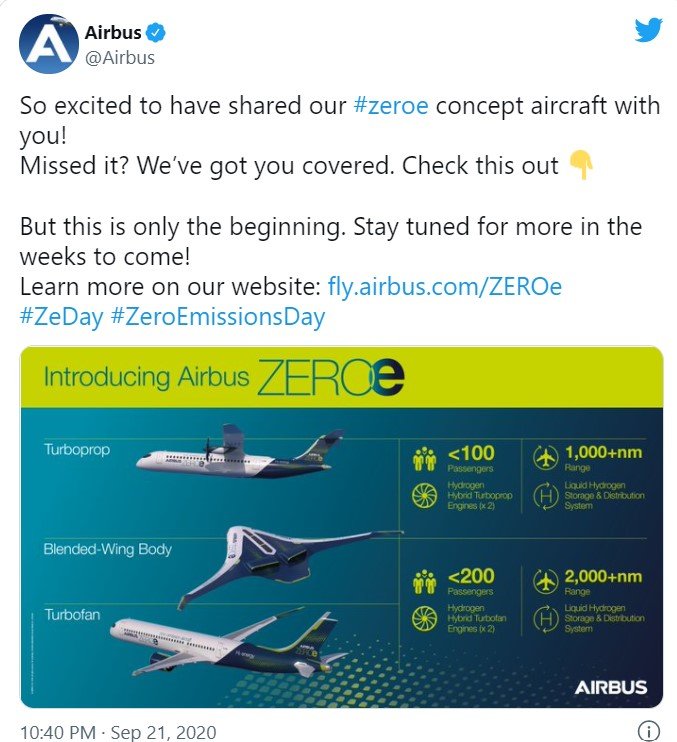 Finlay Asher, a former aircraft engineer who co-founded Safe Landing, a group for aviation workers concerned about climate change, said batteries and an electric motor were too heavy to replace jet fuel. As batteries improve, range will increase. But 80 per cent of aviation emissions come from flights longer than 1,450 kilometres.

Many critics believe that focusing on technological solutions which will not come to fruition for several years is a distraction. We simply need to fly less. “The big problem at the moment is the lack of policy,” Asher said. “The technology that is discussed is mainly a distraction, particularly in the short term. In the next 10 years none of these technologies are going to see any penetration.”

The problem is that jet fuel is cheap. So while aviation firms are happy to talk about technological solutions, there is no incentive for them to make the serious shift away from fossil fuels. Petrol and diesel are taxed at about 59 per cent, yet on jet fuel there is no tax at all.

“If we tax aviation fuel we could generate an extra pounds 10 billion a year,” said Asher. That would push companies away from fossil fuels while also generating revenue to be spent on green technologies.

The European Commission last month published a plan that would see aviation fuel duty gradually increased for ten years from 2023, though it did not propose a rate. New proposals by the UK last month did not include suggestions for a tax.

Extracted in full from: Jet fuel made of air and water may soon power guilt-free flying (theaustralian.com.au)