The running costs for an electric vehicle have dropped more than $10,000 a year in the past five years, according to the RACQ.

The Queensland motoring group has included six electric vehicles during its annual review of the monthly and annual running costs of 81 different vehicles.

Six electric vehicles were examined in the RACQ’s running costs survey, with the cheapest electric car costing $44,000 on-road, and the most expensive model $65,000. 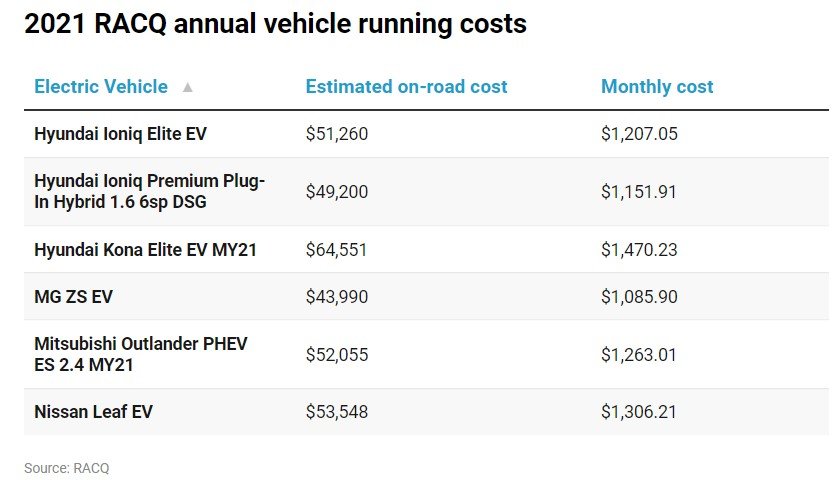 “The MG ZS is the cheapest EV on the market in Queensland and will set a buyer back $1086 per month to own and run,” Ms Ritchie said.

Extracted in full from: Electric car costs could spark motorists to throw the switch: RACQ (brisbanetimes.com.au)