There’s a lot of discussion about these two low/zero emission ‘fuels’ being in a tug of war, but what if there’s no war at all?

The prevailing view that the majority of the world’s new-car fleet will be battery-powered may be correct in terms of the near future, but the development of hydrogen technology is ramping up. Car makers are putting greater investment and resources into hydrogen, which is growing alongside the massive efforts that are turning focus from the combustion engine to lithium-ion batteries.

In Australia, the most obvious players in the hydrogen space are Toyota and Hyundai, which also happen to be market pioneers in hybrid technology and electrification. Rather than it being a case of ‘hedging bets’ to see which technology emerges the dominant form of vehicle power source, experts say it isn’t a battle – it’s a partnership much like that of petrol and diesel.

“It shouldn’t be seen as either hydrogen fuel cells or EVs; we should be looking for a complementary deployment of those technologies into the future,” says Professor John Andrews, a renewable-energy hydrogen specialist at RMIT. 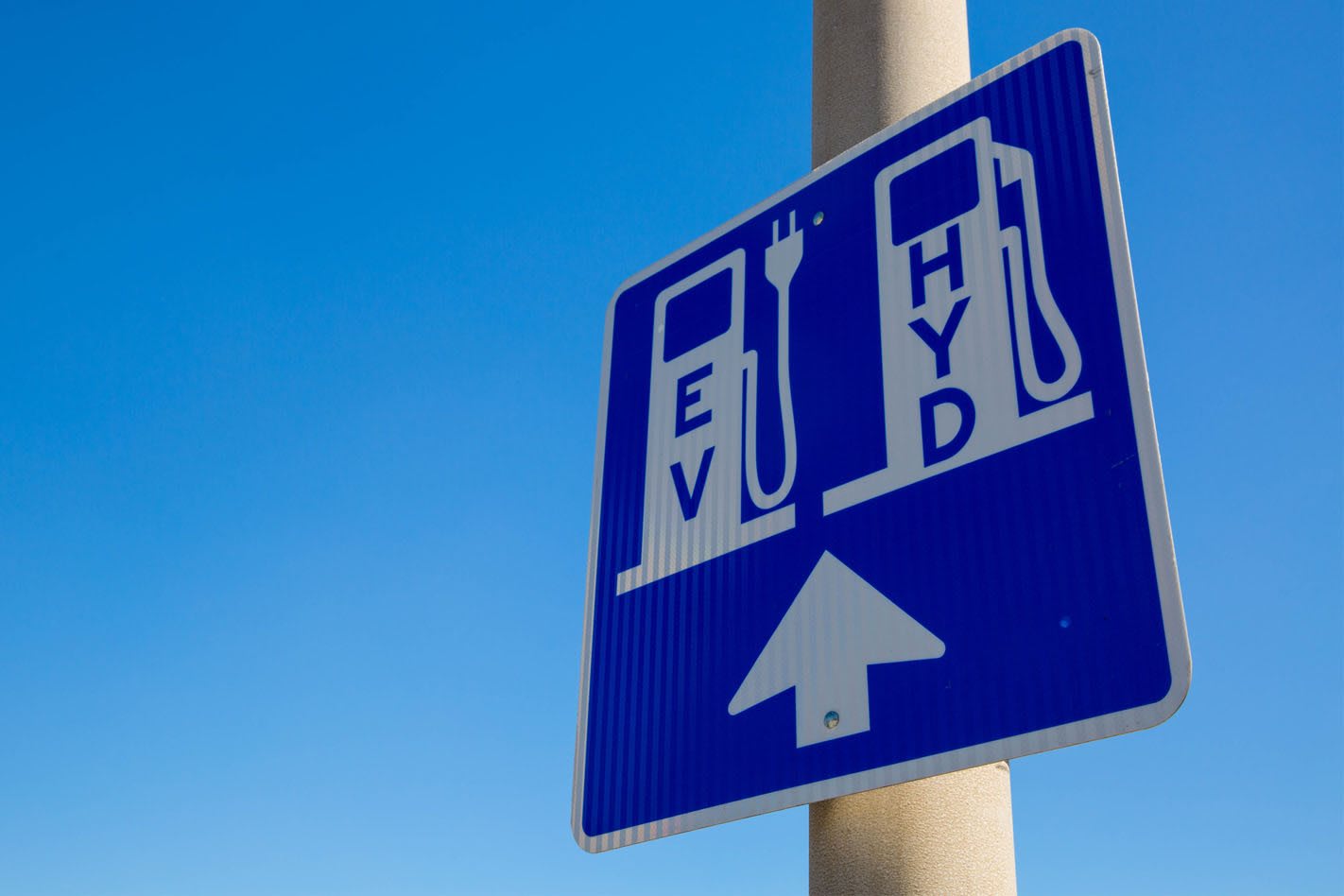 An energy sustainability researcher for more than 40 years, Professor Andrews has focused on hydrogen since the early 2000s. He says hydrogen has primarily been held back due to it being more difficult to initially implement than battery tech, but has the potential to outperform batteries in numerous applications.

“The advantages of FCEVs are the short refuelling time and the maximum trip you can do on a single fill, where EVs are struggling to do that or are too heavy when trying to compete on distance. For shorter trips, where there’s an ability to recharge more frequently, battery electric vehicles are highly suitable.

“If we could steer towards the market having that choice, that would be the optimal situation.” 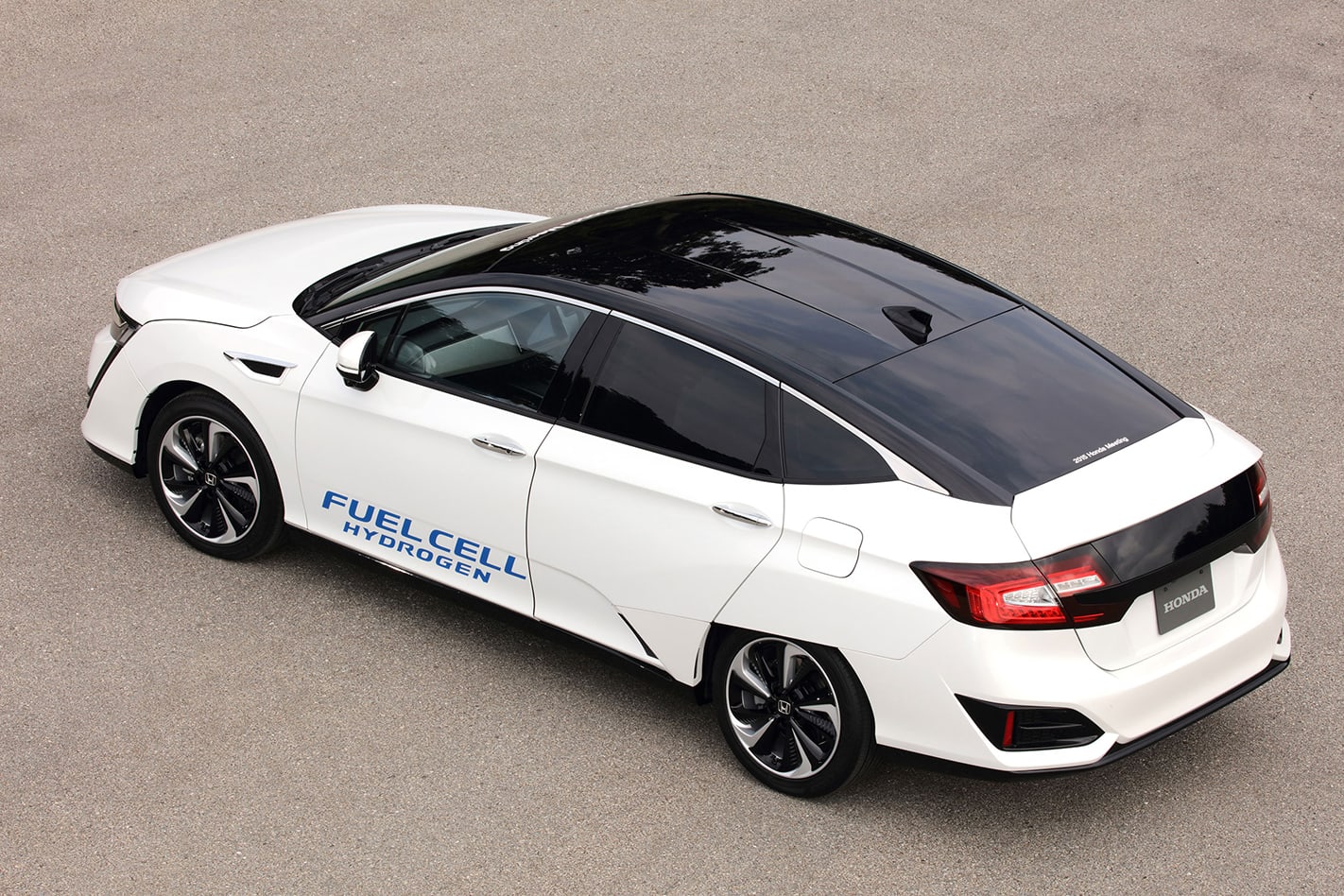 While hydrogen has seemingly met dead-ends in urban passenger cars like the recently nixed Honda Clarity, the industry is shifting its investment into more commercial applications. Toyota’s $7.4 million Hydrogen Centre in Melbourne’s west is intended to ‘demonstrate hydrogen as a viable fuel source for transport and as an energy storage medium’, with the Australian Renewable Energy Agency (ARENA) having contributed $3.1 million of the funds.

As for Hyundai, its Nexo SUV is only here as an ACT and QLD government fleet vehicle; the company has been expanding its FCEV testing and research to focus on commercial vehicles. Its Xcient is the world’s first mass-produced heavy-duty fuel-cell truck, with a fleet of 46 trucks in Switzerland collectively exceeding 1 million kilometres of driving in only 11 months between 2020 and 2021. 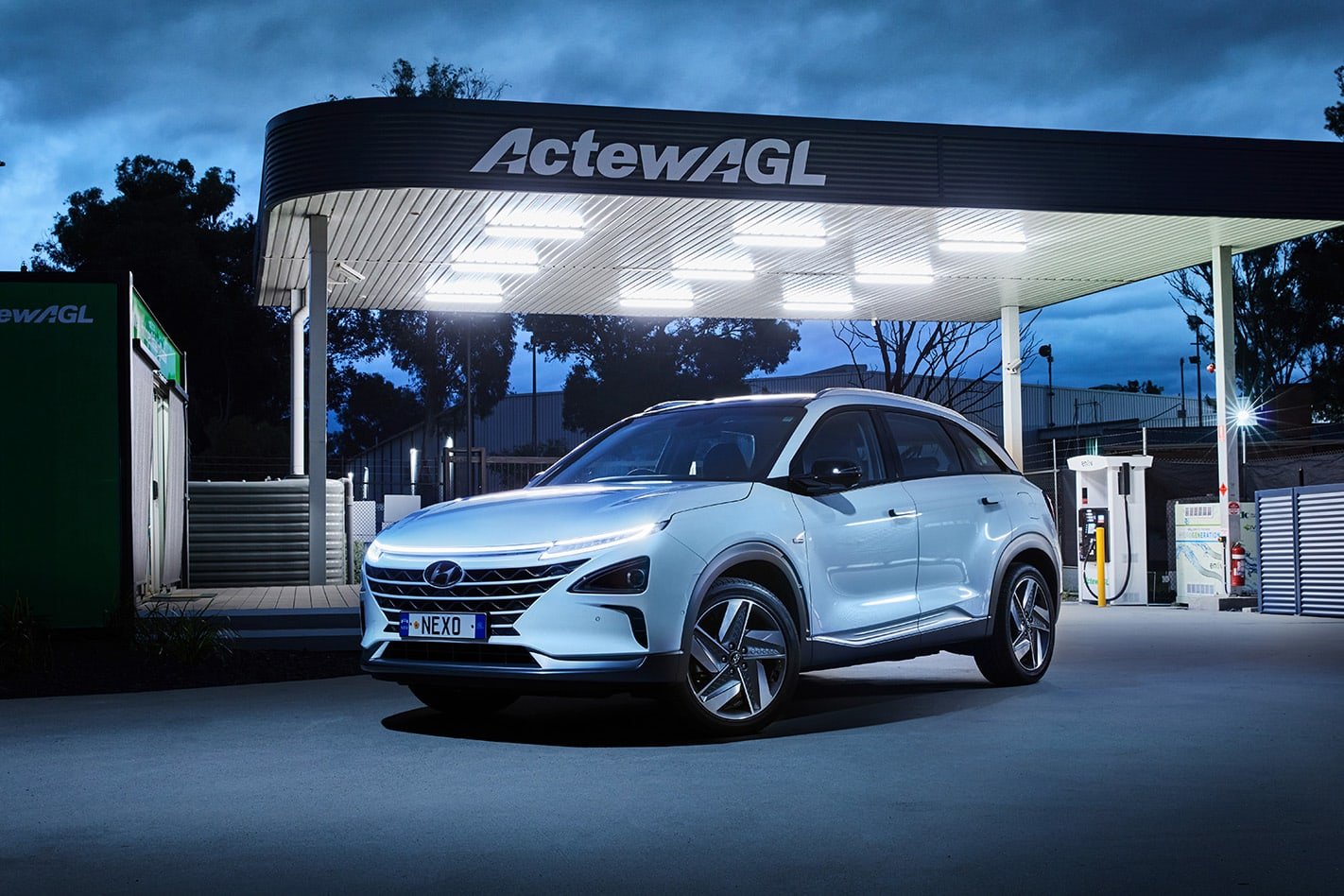 While hydrogen has seemingly met dead-ends in urban passenger cars, the industry is shifting its investment into more commercial applications.

Hyundai Australia PR manager Bill Thomas says a similar local trial would be welcome, but the infrastructure needs to exist. He says in Australia, a partnership with a hydrogen-producing energy company (in Switzerland it was H2 Energy) to lease and run the trucks could be the starting point. Ampol and the CSIRO have created a hydrogen start-up called Endua, with $5 million in initial funding, but its initial focus will be on energy storage. 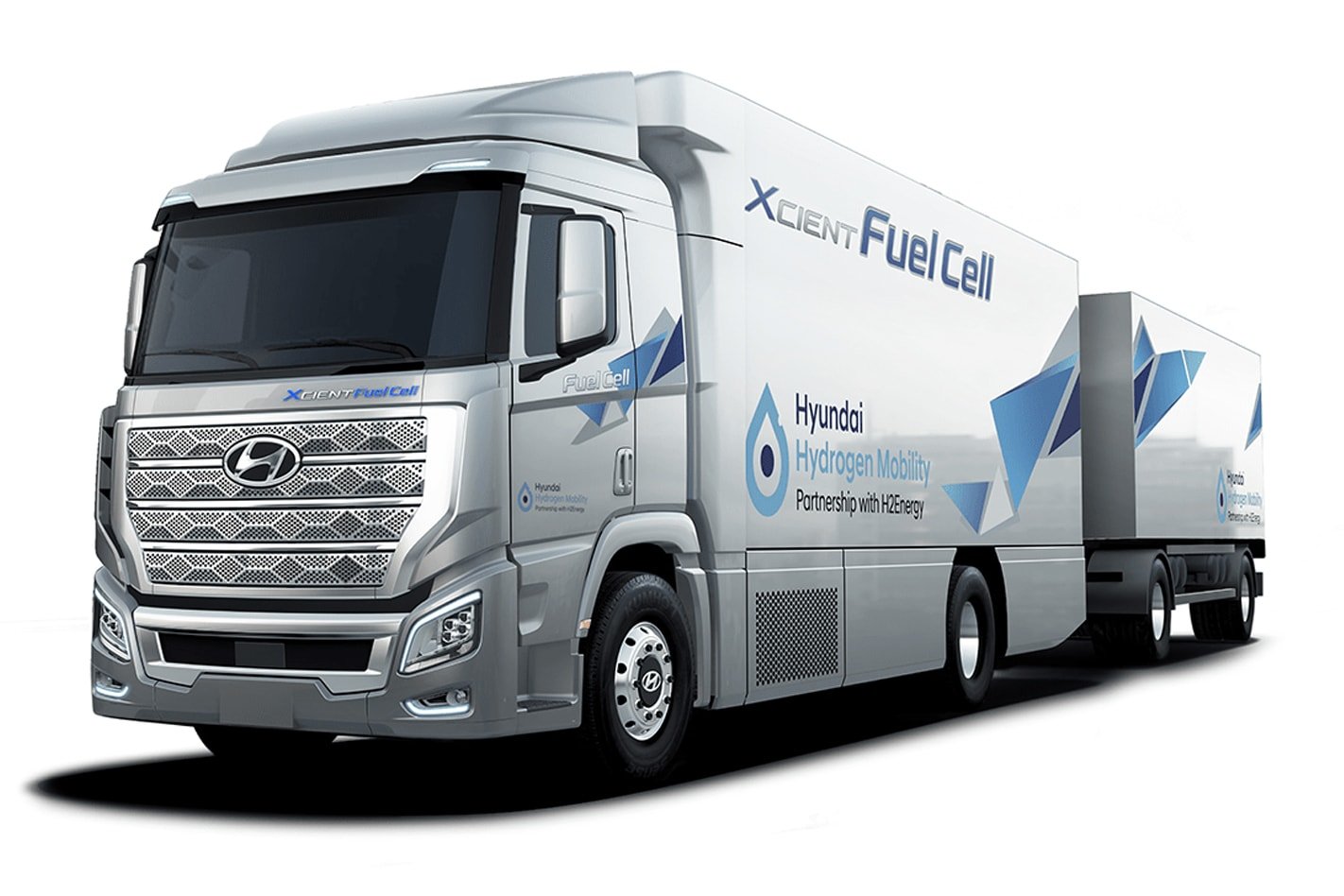 In a similar shift from passenger vehicles to commercial use, Mercedes-Benz ended its hydrogen-powered Mercedes-Benz GLC F-Cell project in 2020 in favour of investing in its Daimler Mercedes-Benz GenH2 Truck, which began testing in May 2021. Locally, the brand is in a similar position to Hyundai, where a local trial would be welcome if the conditions were met in terms of infrastructure and investment.

Mercedes has also taken a $105 million equity stake in Swedish start-up H2 Green Steel, which uses hydrogen to manufacture steel rather than a traditional blast furnace. It’s applications such as this, Professor Andrews says, which will show the diversity in hydrogen’s ability and are most likely to lead to more investment and trust in the development of an infrastructure network. He suggests long-haul trucking or even shipping is a perfect start, as pre-determined routes mean fewer refuelling stations are needed for a trial of FCEV trucks or long-distance drives in Australia.

The CSIRO’s National Hydrogen Roadmap shows a commercially viable hydrogen industry “comprising both domestic and export value chains is achievable by 2030,” which will play a role in both transport fuels and grid energy storage. As the production and availability of hydrogen ramps up, FCEVs will increasingly play a complementary, not competitive, role with BEVs. 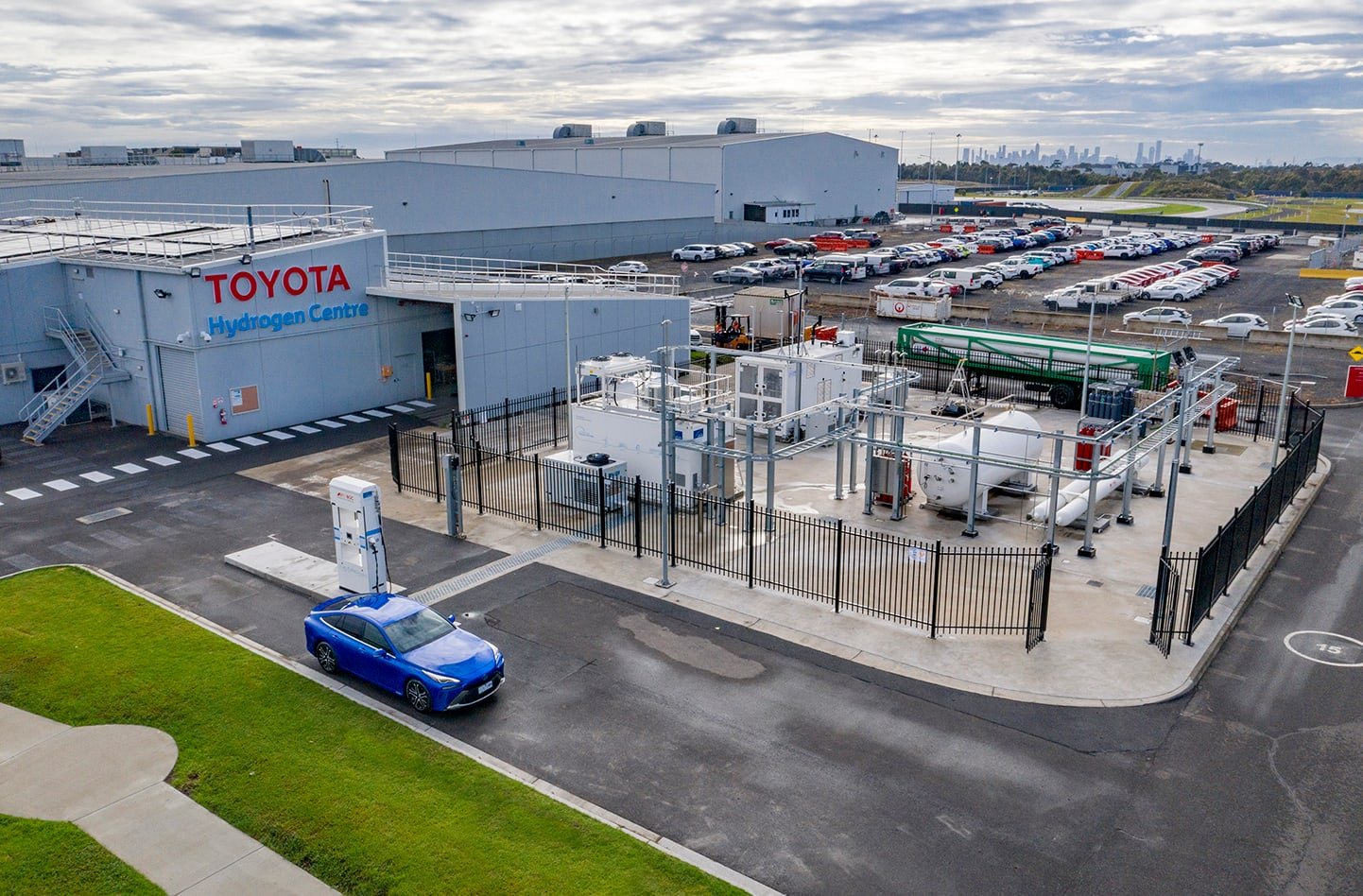 The Toyota Hydrogen Centre in Altona, on the site of its former manufacturing plant, is probably the most publicised production and refuelling station in Australia. However, Hyundai has two. One is a station in Canberra, accessible to those using the ACT government’s fleet of Nexos, and the other is a private station in Sydney at Hyundai HQ. Brisbane will be the site of a third, run by BOC and able to supply the Queensland government’s five Nexos. The Victorian government has announced a $9 million Warrnambool hydrogen production plant with Deakin University, and Hydrogen Fuels Australia will also build a production and refuelling facility in Melbourne, near Toyota’s Altona base.

How does it happen? 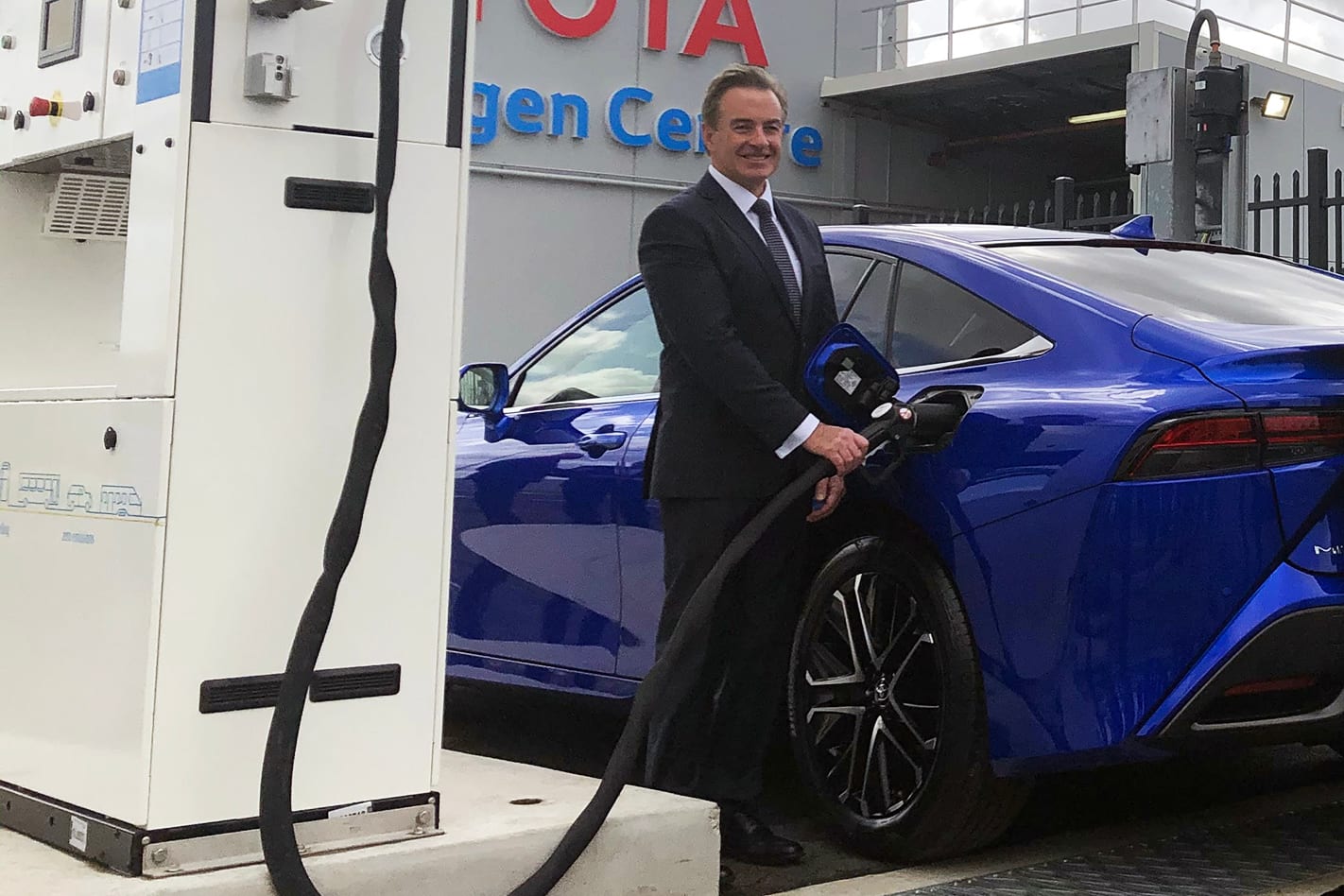 The most abundant element in the universe isn’t so much ‘made’ as it is separated from substances like gas or water. In the case of gas, usually methane, hydrogen is extracted using high temperatures and steam, though this results in the non-hydrogen molecules (carbon from the methane, oxygen from the water) becoming carbon monoxide. The cleaner – but often more expensive – method of producing hydrogen is through water electrolysis, which uses electricity to separate hydrogen from the oxygen in water, releasing only oxygen from the process once
the hydrogen has been stored.