7-Eleven: Robert Dick to face trial over alleged wounding with intent to cause GBH at The Entrance

The last of three men charged over a late night melee at a 7-Eleven has pleaded not guilty to wounding with intent to cause grievous bodily harm.

The last of three men charged over an ugly incident at a 7-Eleven service station has pleaded guilty to affray, common assault and having custody of a knife in public.

However Robert George Ronald Dick, 21, of The Entrance, has pleaded not guilty to wounding a person with intent to cause grievous bodily harm.

Dick was with two women and two other men — Jaxon Dean Wells, 20 and Christopher Staines, 21 — when they attended the 7-Eleven service station at The Entrance shortly after 4am on October 5 last year to buy Red Bull and other drinks to mix with their alcohol. 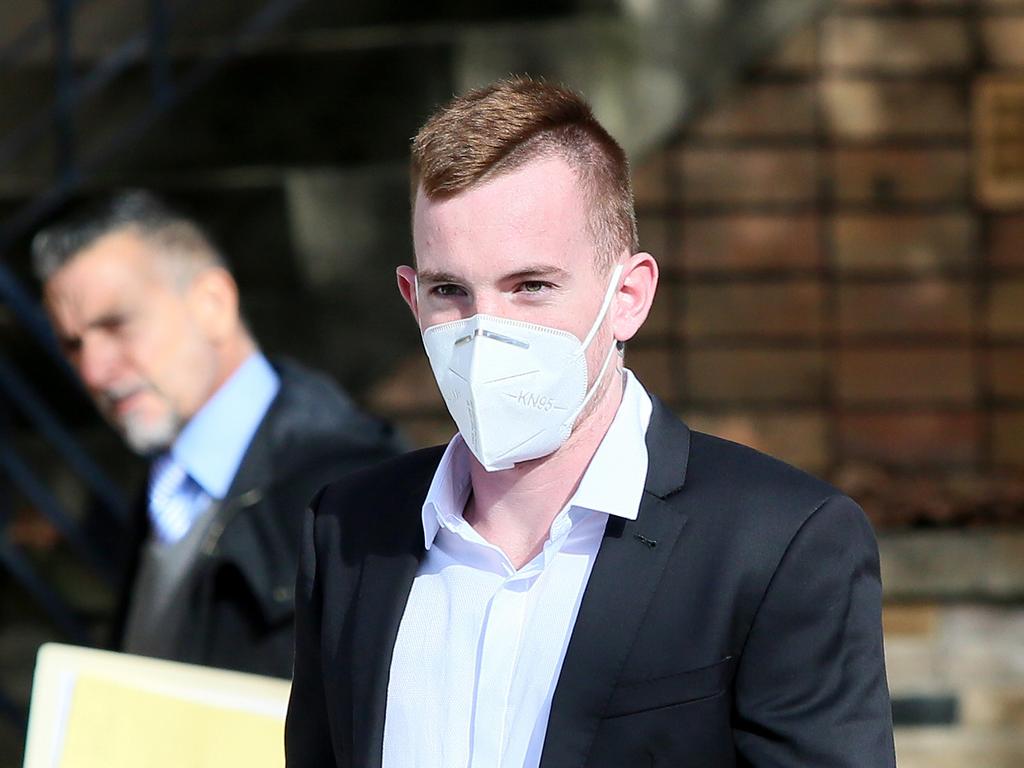 On the way Dick stopped to relieve himself in a nearby garden bed.

The court had previously heard a 28-year-old man was waiting at the counter when he turned to Staines and said “what the f..k is your problem, what are you looking at me like that?”.

Staines responded “nothing” and walked to the rear of the store where he waited with his girlfriend and the other female.

There were more words exchanged before Wells ran out to where Dick was urinating and asked for a small pocket knife, Dick had on him for the purposes of “chopping up weed” before they both entered the store. 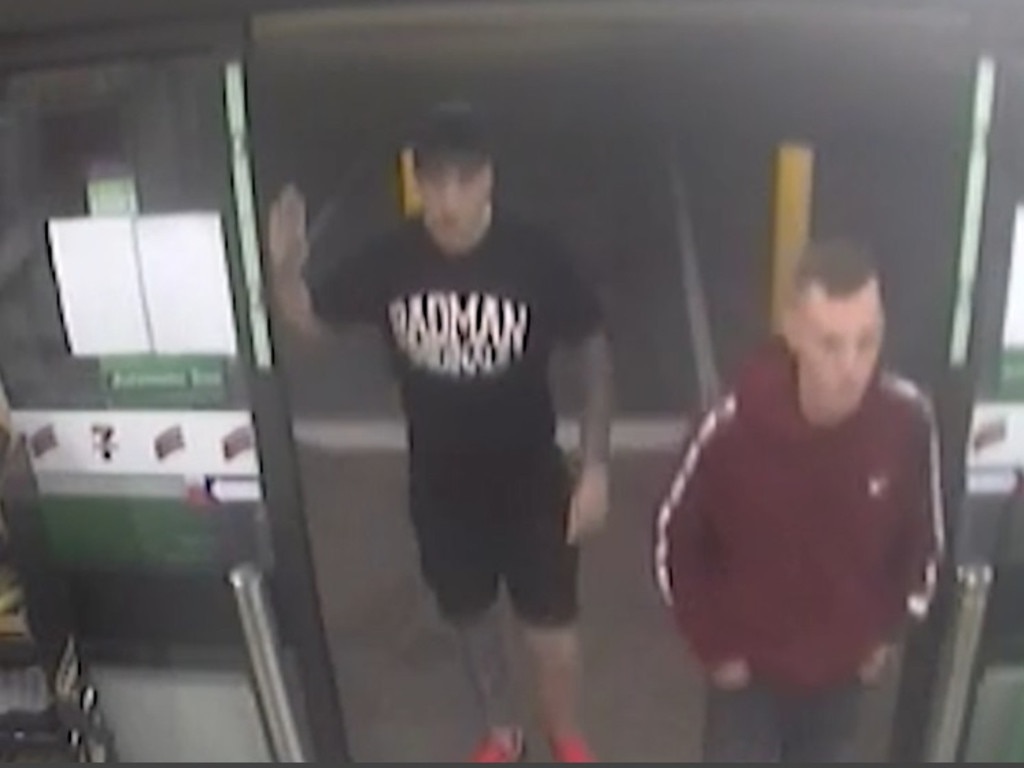 Wells (left) and Dick were captured entering the service station on CCTV.

An agreed set of facts in Wells’ case states he pulled the knife and said to the victim “what c..t”.

“At the same time Dick is seen pulling up the sleeves on his jumper and clenching his fists in a fighting stance. The victim responded, `I’m not scared mate’,” the facts state.

The court heard after the victim called one of the women a “mutt” Dick punched him in the face while Wells lunged towards him and swung the knife towards the upper side of his chest.

Dick kicked the victim in the upper body before the victim tackled him to the ground where Wells stabbed him a second time under the left arm. 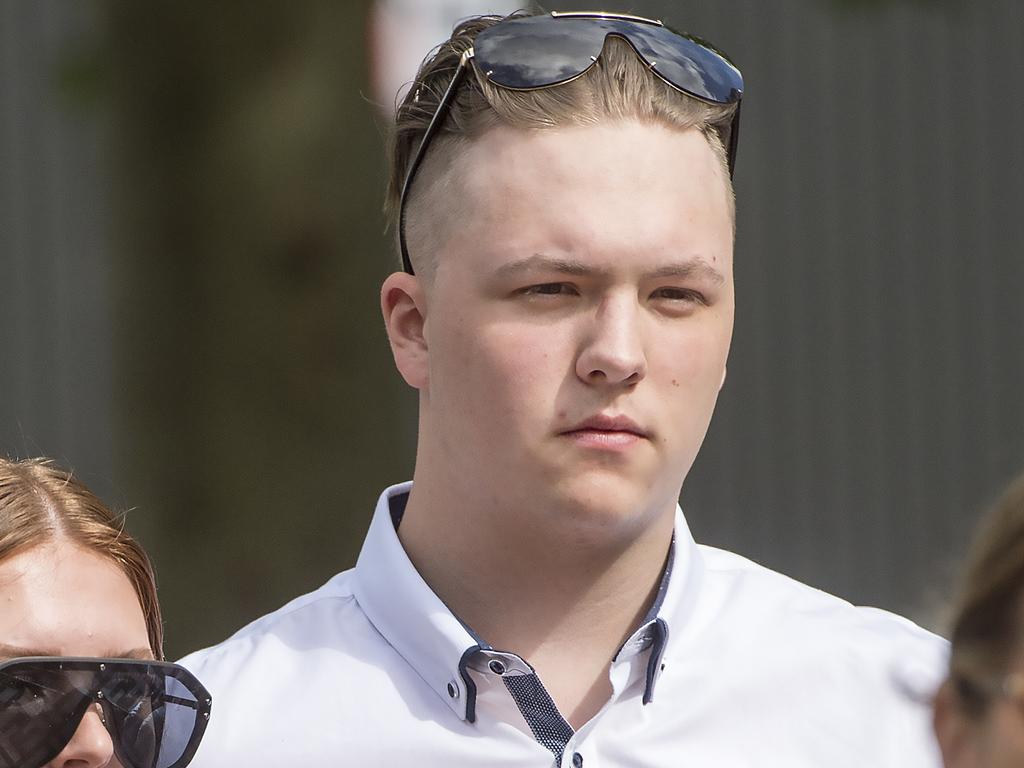 Jaxon Wells pleaded guilty to one count of wounding with intent to cause grievous bodily harm and will be sentenced at a date to be fixed. Picture: News Local

Staines then grabbed the victim and pulled him to the ground where they wrestled for a short period of time.

They separated and the victim threw objects at the three men until they left the store.

He was later rushed to John Hunter Hospital in a critical condition.

The following day police attended Wells’ Chittaway Point address where he was arrested. 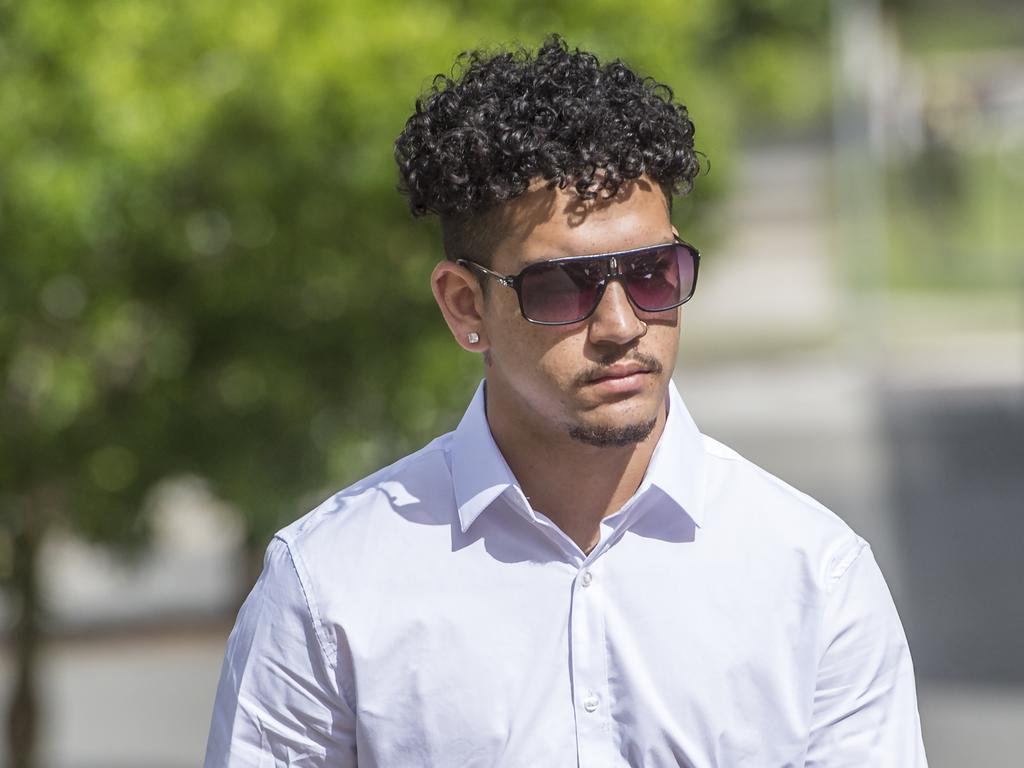 The apprentice electrician later pleaded guilty to one count of wounding a person with intent to cause grievous bodily harm and will face Gosford District Court on Thursday to fix a sentencing date.

Staines, of Berkeley Vale, pleaded guilty to one count of affray and was sentenced to a community corrections order for 18 months.

Dick will face Gosford District Court on November 11 to set a trial date.

Extracted in full from: 7-Eleven: Robert Dick to face trial over alleged wounding with intent to cause GBH at The Entrance | Daily Telegraph