A company that promised work for 1000 South Australians could be set to take its business east after talks with the state government fell flat.

A company that has vowed to hire more than 1000 people in South Australia is considering taking its business elsewhere, unless the state government gives it land to build an electric vehicle factory.

ACE EV boss Greg McGarvie claims negotiations with the government over plans to build a $295m assembly plant in Adelaide, producing 24,000 electric cars, vans and utes every year, have stalled.

He says his business is now receiving strong interest from Queensland and Victoria to establish a similar facility.

Mr McGarvie said that ACE EV had raised most of its required funds from global investors, but just needed the government to provide 16,000sq m of land for the facility and a headquarters.

He said he had a “positive” meeting with Premier Steven Marshall in November 2020 – but talks had not progressed since then.

“Time has gone by and other states have started to recognise what we have and it’s quite exciting,” Mr McGarvie said.

“We think South Australia is a great spot and we’ve had some terrific people trying to encourage us to set up down there but the horse has bolted a bit now.”

The tech company’s initial plans were to build a facility at Edinburgh Parks but is also exploring land near the Osborne shipyard and a global head office and design studio at Lot Fourteen. Mr McGarvie said the Lot Fourteen office space would need to be about 2000sq m.

A government spokesman said many departments had been in talks with ACE EV, including the Innovation and Skills Department, about training, and the Energy and Mining Department, regarding future industries. 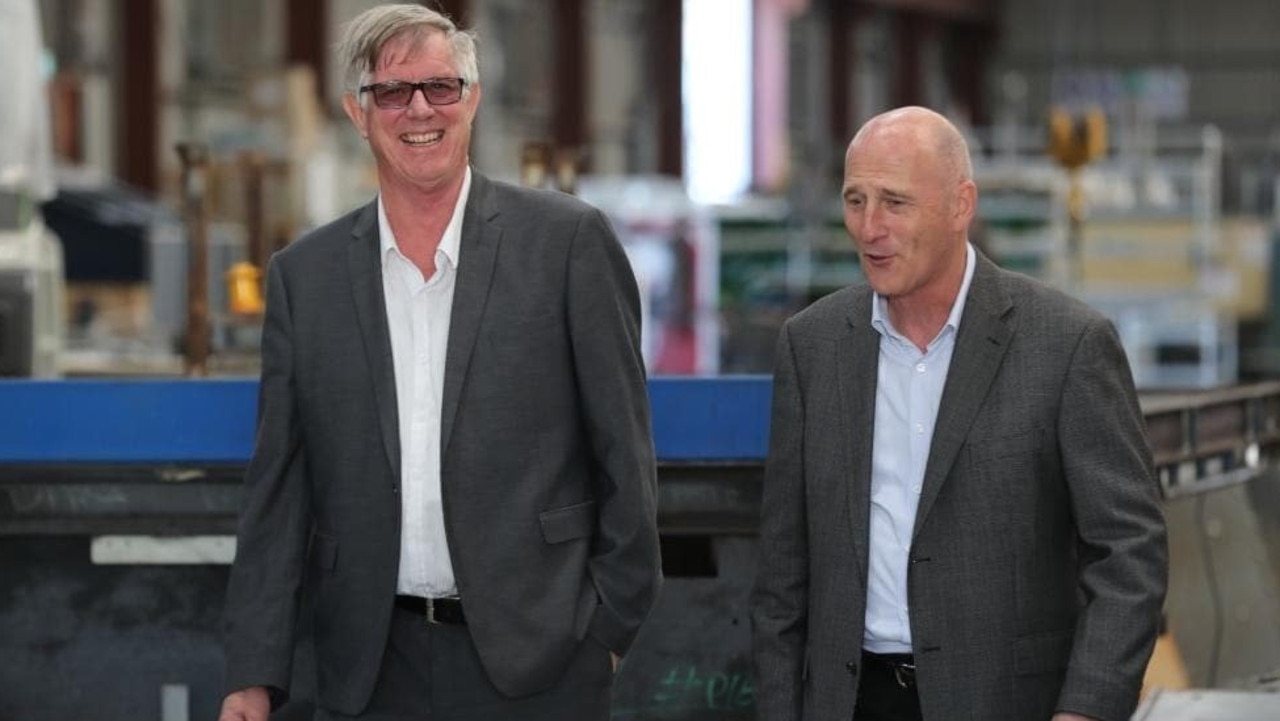 ACE EV managing director Greg McGarvie (left) says he has received interest in his business from other states.

Renewal SA had also been engaging with Mr McGarvie about finding land as recently as Thursday, when a senior manager asked him for size requirements for the factory and office space.

“The government will continue to sup­p­ort ACE EV, including connecting it with supply chain services, investment facilitation, and training and skilling services as required,” the spokesman said.

Independent senator Rex Patrick said SA had an experienced workforce, a pre-existing automotive supply chain and land. “What it seems to be lacking is a government with vision,” he said.