For families desperate to travel around the state and inject much-needed funds into regional communities, the highest petrol prices on record could hardly come at a worse time.

Just as New South Wales opens to all regional travel on Monday, the global demand for oil has seen unleaded fuel prices in some parts of the state exceed 180 cents per litre.

“The world has come out of the extended COVID lockdown and vaccination rates have increased globally, so there is more economic activity taking place around the world, driving a demand for oil,” NRMA spokesperson Peter Khoury said.

“Supply hasn’t kept up with demand and OPEC and other oil-producing countries have maintained an artificial lid on supply to push up the price of oil.

“That means we’re seeing the highest prices at the bowser on record, and the wholesale price is the highest it’s been since the Global Financial Crisis in 2008.”

In Wollongong, on the state’s South Coast, petrol prices have increased by 18c per litre in the past week to an average of 171.4c.

According to NRMA data, the most expensive petrol in Sydney is 181.9c per litre. 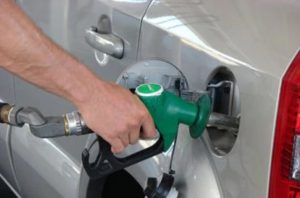 No relief as state opens up

Tourist areas in NSW have been eagerly awaiting the relaxation of regional travel restrictions on November 1.

Mr Khoury said it was likely the record prices would still be in place as people filled their cars for weekend getaways.

“We are not positive or enthusiastic about significant falls in the next few weeks,” he said.

“OPEC and the other oil-producing countries have said they won’t be increasing production levels, so there’s nothing in the short term we can see that would warrant any enthusiasm for any relief in the next for weeks.

“We’re hoping before Christmas we will see more stability in the supply-and-demand element and prices will come down to more respectable levels.”

Mr Khoury said there was global concern that high prices would impact the economic recovery from COVID if people opted to travel less. 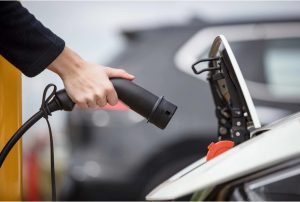 While some countries that manufacture vehicles have banned the production of petrol and diesel-powered cars, Australia is expected to be slow to transition.

“The transition to electric cars will be the inevitable outcome for Australia, so it’s important Australia prepares for that future,” he said.

“We can’t wait, because the one thing our members tell us is they’re sick of having to pay record prices for fuel.”

He said part of successfully preparing for the transition to an electric car fleet was not only increasing the network of fast charging stations, but also bringing that technology into homes.

“We import our fuel from some of the most volatile parts of the world, and Australia is an energy superpower with an abundance of energy to allow us to generate our own electricity,” he said.

“So instead of importing expensive and volatile fuel from the most volatile parts of the world, we can rely on our own energy sources right here at home.”