Australia will need a surge in renewable power and a dramatic shift to electric cars to meet a call from the United Nations to slash greenhouse gas emissions by 2030, as Prime Minister Scott Morrison tries to quell fresh fears from the Nationals over a deal on climate change.

A new analysis shows the federal government will have to deepen its carbon cuts to 47 per cent by 2030 to meet the goal set on Tuesday for nations attending a UN climate summit that begins on November 1, stepping up demands on Mr Morrison while he considers whether to go.

But senior Nationals ministers are warning against stronger action on climate ahead of a party room meeting this Sunday, despite assurances from Energy Minister Angus Taylor that industries such as mining and gas will not suffer in the policy to be revealed next week.

United Nations Secretary-General António Guterres made it clear forecasts would not be enough to meet the new obligation on leaders at the summit in Glasgow next month, saying advanced economies had to pledge faster action.

“We must swiftly close the emissions gap,” Mr Guterres told a meeting of national finance ministers.

That means national pledges must collectively put us on track to reduce emissions by 45 per cent by 2030 compared to 2010 levels.”

Federal cabinet met on Wednesday to discuss new measures to cut emissions and whether to commit to a target of net zero by 2050, with growing expectations of a major spending program in regional Australia to shore up support from the Nationals.

A final cabinet decision will not come until after Nationals leader Barnaby Joyce takes the policy options to a party meeting this Sunday, ahead of the resumption of Parliament on Monday and a meeting of the full Coalition party room on Tuesday.

Nationals Senate leader Bridget McKenzie signalled a fight by saying it was a “mirage” to claim renewable energy would deliver a boom for regional Australia, citing the low number of jobs created at one solar farm in regional NSW.

“Do you know how many jobs are there right now? Five. And they’re mostly mowing the lawn under the panels,” she told ABC Radio National. 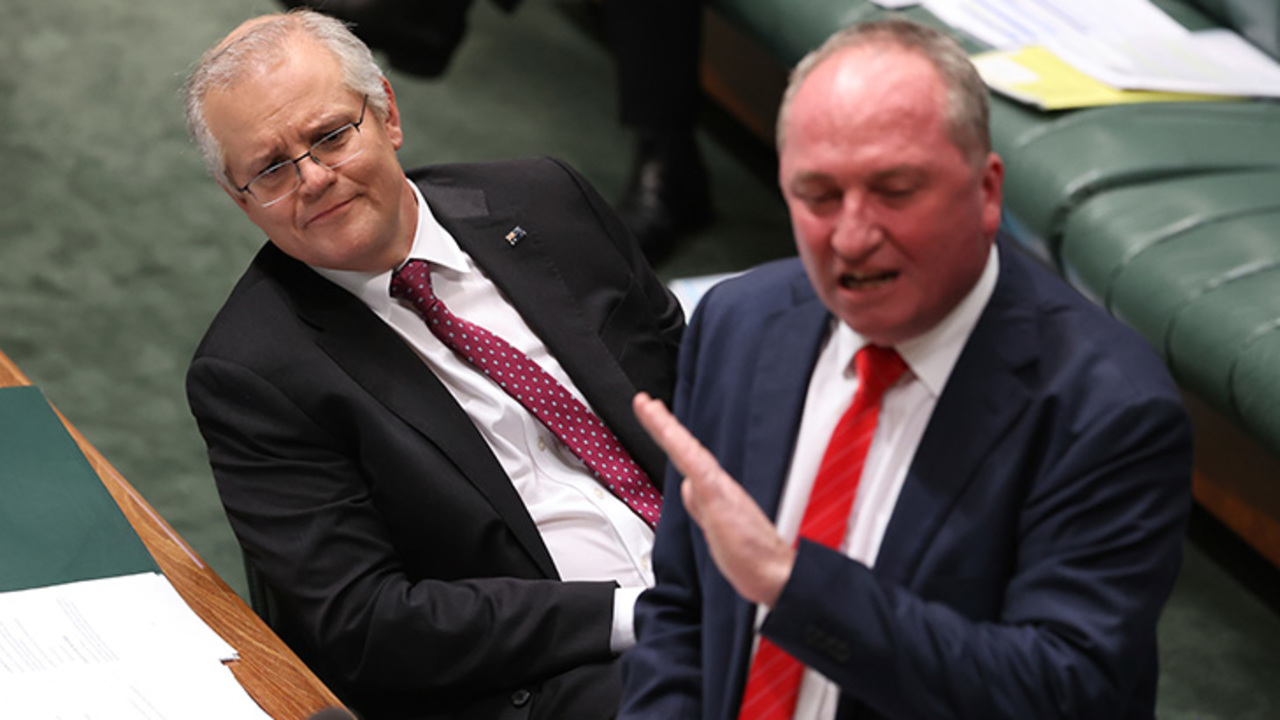 Australia’s new climate policy is expected to be announced next week with PM Scott Morrison working on a package to present to Nationals leader Barnaby Joyce.

Resources Minister Keith Pitt, who has opposed a net zero target, insisted the policy had to go to all Nationals MPs rather than cabinet alone and said “there’ll be questions” at the Sunday meeting.

“Barnaby’s the leader but, just like me, he’s not the Messiah. This is about talking to our people. Welcome to democracy,” Mr Pitt said on Sky News.

Some cabinet ministers support an upgrade to their previous target of cutting emissions by 26 to 28 per cent by 2030 and have discussed a figure in the 30s as well as the option of setting out a forecast rather than making it a formal pledge at the UN summit.

But Mr Guterres said every country had to update its pledges to keep the rise in world temperature at or below 1.5 degrees Celsius, the foundation for the 45 per cent goal in advice from scientists on the UN’s Intergovernmental Panel on Climate Change.

The government has declared it will “meet and beat” its climate pledges because emissions have already fallen by 20.8 per cent since 2005 to reach 494.2 million tonnes in the year to March, with most of this from land-use change but little from electricity or transport.

“There’s no way that present policies or actions will get anywhere near a 47 per cent reduction on 2005 levels,” said Dr Hare, a climate scientist and adjunct professor at Murdoch University. “It is a very long way from any projections for current policies in Australia, even bringing together state actions and the development of renewable energy in the power sector.”

But he said deeper cuts were possible if the federal government stepped up changes in electricity generation and transport, using renewables to generate 85 per cent of the power in the grid, reducing land clearing, and ensuring 85 per cent of new cars and 50 per cent of new trucks were electric. The UN target would also require 85 per cent of emissions from the production of liquefied natural gas to be captured and stored.

Climate Analytics forecasts about half of the Australian emission reductions would come from the power sector, about one fifth from transport, one fifth from the LNG sector and the remainder from reducing deforestation.

The use of coal would decline as power stations closed and renewables grew but the calculation does not assume an end to coal mining. The result across the economy would be a reduction of 48 per cent on 2005 levels.

Climate Council senior researcher Tim Baxter said Australia should go further than the broad goal set by the UN Secretary-General because it was an advanced economy.

“As a wealthy nation, with so much to gain from a net zero future, Australia should be doing more than just the bare minimum,” he said. “The science shows that Australia should reduce its emissions by 75 per cent below 2005 levels by 2030 and achieve net zero by 2035.”

Speaking before the cabinet meeting, Mr Taylor said the climate policy would not damage industry and emphasised the gains from a shift towards hydrogen as a fuel created either by renewable energy or by gas and coal.

Opposition climate spokesman Chris Bowen said a Labor government would commit to net zero by 2050 as well as increasing the 2030 target, although he did not say what that target would be.