Police are investigating a car theft and subsequent petrol thefts which occurred in central Victoria earlier this month.

Investigators have been told a white 2010 Peugeot station wagon was stolen from a property in Fitzgeralds Close, Castlemaine on 10 October.

It is believed the stolen Peugeot was involved in petrol drive-offs at petrol stations in Bendigo and Taradale on 10 October and 11 October respectively.

The stolen vehicle was located burnt out in Castlemaine on 14 October.

Investigators have released CCTV of a man that they believe may be able to assist with their enquires. 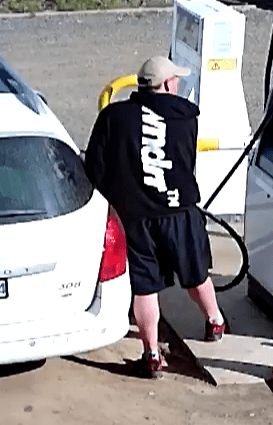 The man is described as Caucasian, around 185cm tall, with short dark hair.

Anyone with information or who recognises the man is urged to contact Crime Stoppers on 1800 333 000 or submit a confidential report online at www.crimestoppersvic.com.au

Extracted in full from: Car and petrol theft in central Victoria | Mirage News