A report out of Europe shows rising demand for metals in lithium-ion batteries could push up the prices of electric cars.

Global demand for a precious metal necessary for advanced battery technology could push up the cost of electric vehicles, and slow the recent surge in sales.

A report from Rystad Energy – a Norway-based consultancy firm – suggests international demand for nickel, an important metal in the makeup of lithium-ion batteries for electric vehicles, will be close to 3.4 million tonnes by 2024.

This is an increase of 25 per cent on current demand with no new identified supply methods to meet this sudden increase in demand.

The use of nickel is a key element in determining the driving range of an electric vehicle.

Range anxiety is one of the main challenges facing electric vehicle and vehicle manufacturers are continuing to eke out extra kilometres through battery improvements.

According to the Rystad report, the shortage of nickel coupled with various policy settings by governments around the world to prioritise electric vehicle use, could result in an increase in the price of electric vehicles.

In 2020 there were 10 million electric cars reported as sold globally.

There has been a concerted worldwide push to accelerate that number in the next decade with the International Energy Agency setting a target of at least 200 million electric vehicles on the roads by 2030.

More than 20 countries have already announced a variety of policies in key markets to accelerate the expansion of electric vehicles, notably Norway, Sweden, Canada, the European Union and the United Kingdom. In the United States, the Biden administration has set a goal of converting half of all new car sales to electric vehicles by 2030.

Nickel is one of the most technically challenging metals to extract, process and refine creating pronounced social and environmental impacts.

The predicted increased demand for nickel, which is also critical to the steel industry, could see the world’s largest nickel producers – Philippines, China, Indonesia and Brazil – look to open new mines on sites that were previously unattractive for reasons including environmental impacts and cost.

According to Rystad’s analysts the increased environmental issues associated with nickel mining – greenhouse gas emissions, habitat destruction and contamination of air, water and soil – could compromise the potential of electric vehicles to help combat climate change. 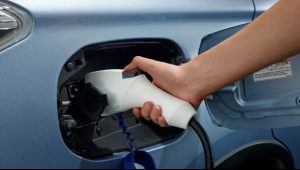 Senior Vice-President at Rystad, James Ley said motoring companies could mitigate the expected nickel shortage by considering alternate battery chemistries as Volkswagen and Tesla have pledged to do.

Australia produces both nickel and lithium, the primary component of electric vehicle batteries, at a number of mines in Western Australia.

While demand for electric cars is growing globally, the uptake in Australia is relatively modest.

New car sales figures compiled by the Federal Chamber of Automotive Industries (FCAI) show 3568 electric cars were sold in the first nine months of 2021 in Australia, or 0.4 per cent of all new vehicles. Although this is the official number, it excludes Tesla which does not supply sales figures in Australia.