It is the early Christmas present nobody wants. And it could be coming to a petrol bowser near you: $2 a litre petrol.

As anyone with a car will have noticed, petrol prices are rising, with the average price for unleaded fuel up 45¢/L in the Perth metro area over the past year.

Behind the bowser pain is a one-two punch of soaring global demand for crude oil, as the world emerges from its COVID-19 slumber, and weak supply, as the global cartel that controls much of the world’s oil stays coy on its plans to increase production.

Compounding the misery for Perth drivers is a fuel price cycle that has flipped from weekly to fortnightly, making it tougher for penny-pinching motorists to rely on “cheap Tuesday” to fill up.

In a week in which WA hit a record $1.94/L for unleaded petrol at a Karnup Roadhouse, FuelWatch manager Ben Derecki said $2/L petrol was a real possibility.

“I’d never say it will definitely happen but it would certainly seem possible at the moment, given where prices are,” he told The Sunday Times.

And during that time, during the last couple of weeks, the international prices have continued to increase so we would expect that local prices would increase as well.”

RAC fuels manager Alex Forrest had a similar warning for motorists whose household budgets are already buckling under the weight of record high petrol prices.

“If international supply remains constrained and the trend of more people driving more often continues, petrol prices could rise even further,” he said.

Of all the factors that feed into WA fuel prices the biggest is the global price of crude oil.

Crude oil, the main ingredient in petrol, is experiencing supply shortages and rising demand. As anyone who stayed awake through high-school economics will know, that combination means higher prices.

Those higher prices get passed down the supply chain, via the fuel refineries that turn oil into petrol and the retail petrol stations, all the way to the bowser.

The price spike has been so significant that the International Energy Agency recently suggested that oil prices, which sailed through the $US80 a barrel mark this year, could actually speed up the transition to electric cars as a cheaper alternative. 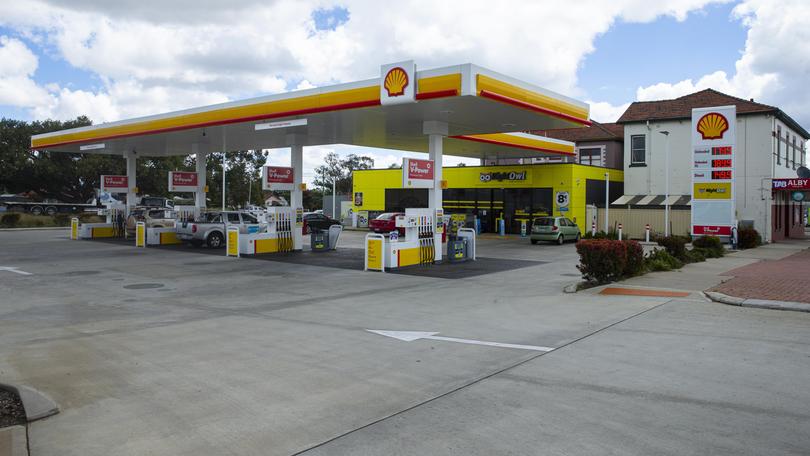 Curtin University energy economist Roberto Aguilera said the constraints on supply stemmed from the early days of the COVID-19 pandemic when the world’s biggest oil producers — collectively known as the Organisation of the Petroleum Exporting Countries (OPEC) — and another 10 oil producing countries agreed to cut production in an attempt to stop prices falling through the floor as much of the world shut down.

“They implemented that production cut at the height of the pandemic, when the economies ground to a halt,” he said. “There was no driving, no flying so it was necessary for them to reduce their production significantly.”

OPEC has since agreed to lift supply but slowly. At the same time demand for crude oil is becoming feverish.

“Currently, we are going through a very under-supplied market,” Dr Aguilera said. “That is because consumption or demand for crude oil is rising as economies around the world open up after the pandemic.

“Then there have been some production disruptions in some of the geopolitical hotspots around the world.”

CommSec chief economist Craig James said the lingering presence of COVID-19 and the prospect of more global lockdowns to come — Russia has just started a partial lockdown — has made OPEC cagey about how much they want to increase production.

Another factor at play is the northern hemisphere winter resulting in more fuel needed to heat homes. But that does not necessarily mean higher demand, according to Dr Aguilera.

“It does have an effect on demand,” he said. “Recently, with the prices of everything being so high, including the fuels that are traditionally used for electricity and heating — those are coal, gas, renewables — the result has been that there has been some fuel switching to US crude oil in those markets. (That) is a small market, normally crude isn’t used for any electricity and heating (but is) important for transportation. So that has also exerted some upward pressure on the price.

“But going forward, my view is that crude prices will probably come under control and decline a little bit as the northern hemisphere enters into winter because traditionally in the winter months, demand for crude oil goes down a bit because it’s used mostly in transportation.”

So what have WA petrol prices been doing and why is Tuesday no longer the go-to cheap petrol day in Perth?

The answer to the second question has stumped even those who understand WA’s fuel cycle better than anyone.

Every Australian city has a fuel price cycle. In Sydney it is 55 days but in Perth it has been weekly for years. Until recently Tuesday was the cheapest day to fill up, with prices higher on Wednesdays.

That changed a couple of months ago, according to Mr Derecki, when Perth’s cycle switched to fortnightly.

Neither FuelWatch nor anyone else outside the industry itself knows why.

But it could be bad news for Perth prices, according to National Roads and Motorists Association spokesman Peter Khoury.

“We have no idea why different States have different price cycles,” Mr Khoury said. “The longer the cycles, the more exposure motorists have to higher prices.

“It really is a bizarre, unique Australian experience, where if you ask the oil companies they’ll tell you it’s because of discounting systems that don’t exist in other countries, but we’re not sure how they’d be applicable.”

Look on the bright side

It might be a popular pastime to whinge about the price of petrol but data from the Australian Competition and Consumer Commission suggests Perth drivers fare pretty well at the pump on a national scale.

All five major capital cities — Perth, Sydney, Adelaide, Melbourne and Brisbane — have recently experienced record petrol prices but Perth tends to be at the lower end of the spectrum.

That is partly down to the fact that we are one of just a handful of the 31 countries in the Organisation for Economic Co-operation and Development that still sells unleaded fuel.

Most sell a premium unleaded product, called Unleaded 95, as a baseline. Prices for Unleaded 95 are already through the $2/L mark in WA.

If fuel excise taxes are excluded, Australia ranks third of nine OECD countries for the price of unleaded fuel. But with taxes, we rank sixth, with only the US, Colombia and Canada cheaper.

To compare apples with apples, Australia ranks 27th of the 31 countries for the average price of premium unleaded, ahead of only Canada, Chile, Turkey and the US.

At least West Australians can be confident that there will be petrol in the pump, unlike the UK, which has been battling petrol shortages that have left bowsers dry and has reportedly even led to fights outside petrol stations.

Britain’s problems actually have nothing to do with the price of crude oil but a shortage of truck drivers to deliver it, thanks partly to Brexit and a lengthy licensing process.

Australia has its own vulnerabilities, given it gets most of its oil from Singapore, plus some from South Korea, the US and China. Two refineries, one in Kwinana and the other in Melbourne’s west, closed last year, leaving just two, one in Geelong and the other in Brisbane.

An analysis by Reuters put the production from those remaining plants at just 17 per cent of the fuel sold in Australia last year, while the Federal Department of Industry expects production at local refineries to almost halve to 235,000 barrels a day by 2022-23 from the levels four years earlier.

Mr James said the country’s reliance on petrol imports could leave it vulnerable to external shocks.

“In a worst-case scenario … if Singapore was under a degree of constraint from countries around the world and they couldn’t supply (enough), they might say to Australia, ‘Make do for a while because we have other customers’,” he said. This could lead to rationing, he suggested, and prices climbing.

As to if and when WA might hit that psychological $2/L, the jury remains out.

For Mr Forrest, prices could be driven higher if international supply stays tight and as Australia’s border restrictions relax.

Mr Derecki expects to see local prices follow the international trend of the past couple of weeks and track higher.

Others are more sceptical. Mr Khoury said $2/L prices for unleaded would take “a brave retailer”.

“It would take two things to see that occur: a considerable increase in oil prices, and the other is the Aussie dollar plummeting,” he said. Mr Khoury said the wholesale petrol price was about $1.55/L, meaning a retailer would need to add a profit margin of 45¢/L to hit $2.

The good: he does not expect crude oil prices to go much higher, although the lag to fuel prices can be weeks or months. The bad: higher petrol prices are likely here to stay for the summer.

With the next hike in Perth’s price cycle expected on November 3, motorists could get some insight into just how high prices can go sooner than they might like.

Extracted in full from: Perth petrol prices: What’s behind our skyrocketing fuel charges? | The West Australian