Analysis shows the last new petrol or diesel car sold in Norway will come as early as April, 2022 – three years ahead of the government’s target.

Norway is on track to bid farewell to the sale of new petrol and diesel-powered cars by April 2022, according to new analysis released by the Norwegian Automobile Federation (NAF).

According to monthly new car sales data released by Norway’s Road Traffic Information Council (OVF), the last internal combustion engine vehicle is set to leave the dealership next April, almost three years ahead of the Norwegian government’s 2025 stated target for the phasing out completely of sales of new petrol and diesel cars.

Norway’s equivalent of VFACTS tell an interesting story. In the first eight months of 2021, vehicles without any type of electrification – battery electric vehicle, plug-in hybrid, hybrid – made up less than 10 per cent of (9.66 per cent) new car sales.

That’s down from 21 per cent from the previous year and more than 50 per cent as recently as 2017 where in the first eight months, petrol and diesel cars accounted for over 25 per cent each out of a total of 102,873 registrations.

According to the Norwegian government’s representative inside the NAF, Thor Egil Braadland, those numbers point to an early grave for conventional internal combustion engine cars.

“New car sales of petrol and diesel cars are dying out in Norway,” Braadland told the NAF’s official publication, Motor. “If the trend continues from the last four years, sales will be over during the first half of 2022. It is far earlier than even the most optimistic electric car enthusiasts thought possible.”

The list of Norway’s top-selling cars in 2021 makes for interesting reading, with 14 of the top 15 best-sellers full battery electric vehicles. Only the Toyota RAV4 plug-in hybrid (not available in Australia) breaks the EV monopoly.

The best-selling conventional ICE vehicle in Norway this year is the Volkswagen Tiguan, down in 38th place. 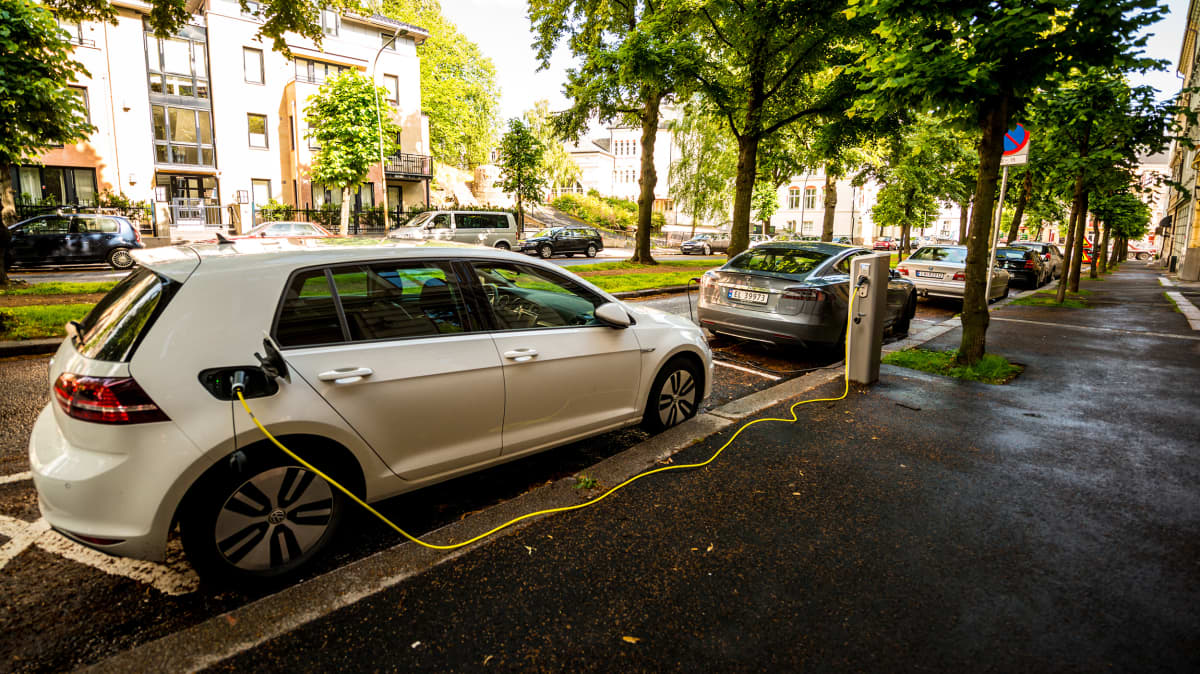 But, it’s not all doom and gloom for ICE vehicles, according to Erik Andresen, the CEO of the peak Norwegian industry body, the National Association of Car Importers (BIL).

“I do not think sales of pure petrol and diesel cars go completely to zero, because there are always some with needs that only such cars cover,” Andresen told NAF’s in-house publication, Motor.

But the small petrol cars will be replaced first. The bigger and more powerful the car, the greater the chance that there are customers who need one of these that are constantly delivered with a petrol or diesel engine.”

It’s a sentiment shared by Braadland.

“It will still be possible to get a petrol or diesel car for many years to come,” he said. “And there will be a good second-hand market for these cars for many years.”

That last point is backed up by data with seven out of every eight cars bought and sold in Norway a used car. The NAF’s numbers show that of the 357,176 ownership registration changes so far in 2021, electric vehicles only accounted for 12 per cent.

“Most people still own a used petrol or diesel car,” said Braadland. “Around 85 per cent of cars on Norwegian roads still have a petrol or diesel engine. But new car sales show that we see the beginning of the end for the fossil-powered car.”

Norway’s numbers are in stark contrast to the Australian market, where electric and plug-in hybrid vehicles account for less than one per cent (0.73) of new car sales while petrol vehicles alone make up 55.5 per cent of the new car market.

A quick scan of the list of top-selling cars in both countries reveals another stark contrast.

In Norway, the Tesla Model 3 tops the sales charts ahead of the Toyota RAV4 PHEV, Volkswagen ID.4, Volvo XC40 and Ford Mustang Mach-E.

n Australia the top five is headed by a pair of dual-cab utes, Toyota HiLux and Ford Ranger, ahead of Toyota RAV4, Toyota Corolla and Mazda CX-5.

In Norway, according to the NAF, while tax incentives started the shift towards electric vehicles, it’s the manufacturers now driving the surge.

“… the big drivers now are increasing selection, longer range, lower battery prices and the EU’s climate policy. All the major car manufacturers now have a plan to electrify the car fleet. They have decided,” said Braadland.

Extracted in full from: Norway to hit 100 per cent electric vehicle sales early next year – Drive