A developer has revealed plans for the 19th service station, plus fast food outlets, on a busy road north of Brisbane. It will be less than 1km from two other servos and several takeaway outlets.

Plans have been revealed for another fuel station and multiple food outlets less than 200m away from another servo north of Brisbane.

A developer hopes to build the service station and three food outlets, including a drive-through, on Morayfield Rd in Morayfield.

The project comes just months after another proposed petrol station at Buchanan Rd was revealed in June.

The development is also just 400m from the Caltex on Market Rd and just over 2km from the United service station at Caboolture South.

All up there are five petrol stations on Morayfield Rd alone, with 18 in total for the Caboolture and Morayfield areas.

The proposal was lodged by BDR No. 3 Pty Ltd ATF BDR No. 3 Trust to the Moreton Bay Regional Council.

The company is directed by Brisbane’s Todd Hamish Brown.

Situated at 80-90 Morayfield Rd, 6-8 Frank St and 1 Domnick St, Caboolture South, the application seeks a material change of use and subdivision. 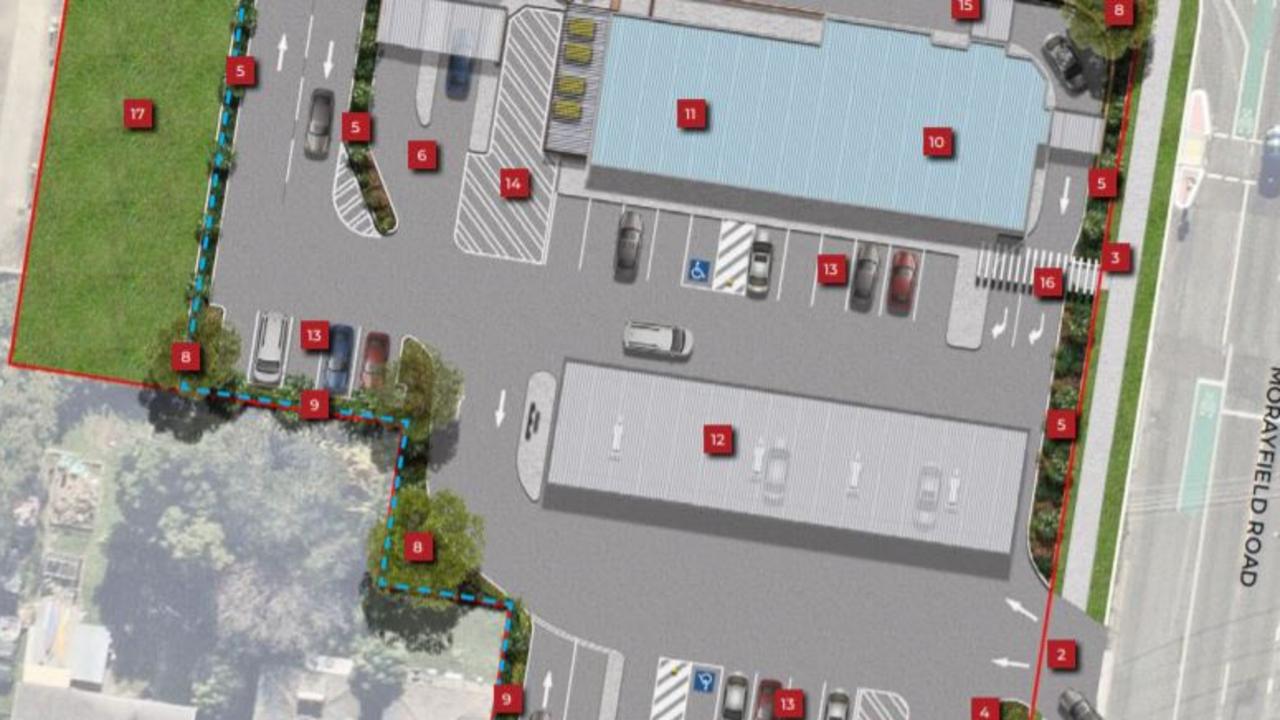 The 5261 sqm site is owned by O’Neill Developments & Investments Pty Ltd, Michael Daniel James O’Neill and Christopher Darren Houghton, who have all provided written consent to the proposal.

According to the planning report the proposal “provides a service, being convenience fuel and food offerings, that are already in high demand within an area that is experiencing rapid population growth”.

“Queensland has the least competitive fuel market within Australia and is one of the only states without supermarket late night trading,” the report said.

“This fuel-based convenience in a strategic location both increases competition and product offerings, which benefits the community through lower prices, more choice and convenience for out-of-hours goods and services.” 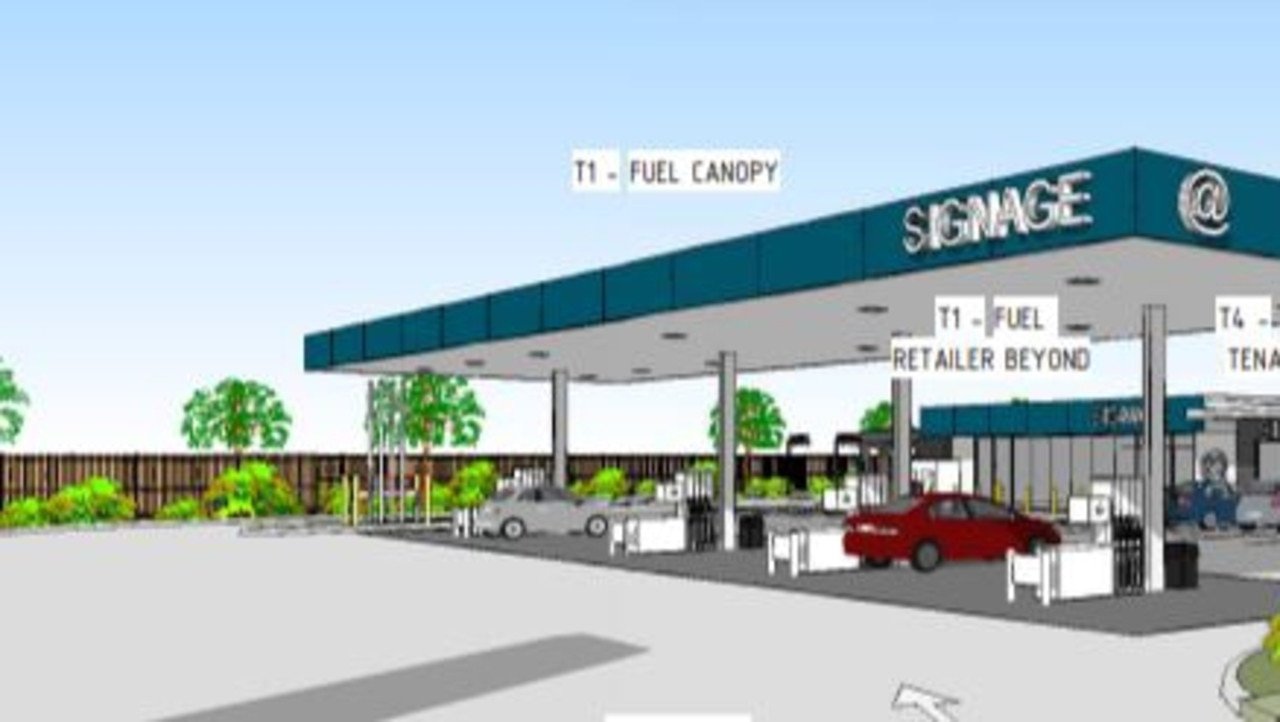 How the servo would look.

This site was “strategically selected because of its location on a state arterial road, where there is limited access to service stations and food and drink outlets for northbound traffic, particularly due to the recent road upgrades”.

“The ancillary convenience store of the fuel station also provides a corner-store like option that can provide extra convenience with extended operating hours and local access,’’ the report said. 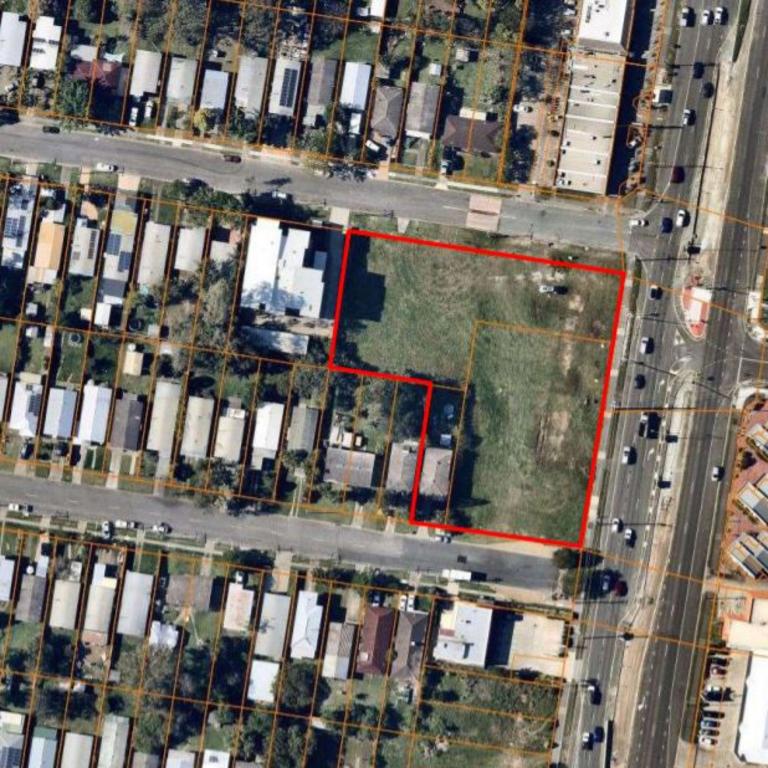 Where the project would be built.

“The food and drink outlets provide multiple opportunities for retailers to provide options not currently available in the area.”

The report said impacts on houses to the west of the site would be minimised by acoustic fencing, extensive landscaping and positioning of noise sources away from the shared boundary.

The proposal is subject to impact assessment – meaning the community will be notified and able to have their say on the project. They can also take legal action in the Planning & Environment Court.

The application does not specify which fuel company would operate the petrol station.

Moreton Bay Regional Council is yet to make a decision on the project.