Electric car buyers in South Australia will soon be charged for every kilometre they drive, with the state joining New South Wales and Victoria in adopting electric vehicle taxes.

South Australia was the first Australian state to propose an electric vehicle (EV) tax in November last year, but delayed the introduction of legislation amid debate and community opposition.

A bill to allow the tax passed South Australia’s Legislative Council on Thursday, with SA Best’s MLCs Connie Bonaros and Frank Pangallo as well as independent MLC John Darley voting with the government to approve it.

In order to secure its passage, the government offered some short-term sweeteners, including a three-year registration fee exemption for new electric vehicles, and a $3,000 subsidy for the first 7,000 electric vehicles sold.

Those subsidies will not apply for hybrid vehicles, or those priced at more than $68,750.

The bill will also establish a parliamentary committee to examine the rollout of electric vehicles. 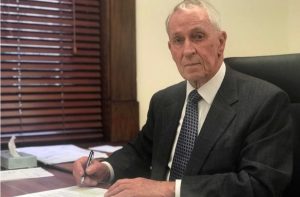 The new tax will come into effect in July 2027, or when electric vehicles make up 30 per cent of the market, whichever is earliest.

The charge will be levied in arrears as part of the vehicle registration process, with the final cost calculated on the distance travelled since the previous registration renewal.

Treasurer Rob Lucas said that, while South Australia was the first to propose the tax, it would not be the last state to enact it.

“Look, I think it’s a recognition that this is inevitable,” he said.

“Sooner rather than later, we’re going to be almost 100 per cent electric vehicles on our roads.

“And we’re going to have to have a mechanism which funds the maintenance and replacement of our road network, because fuel excise will completely disappear.”

Fuel excise is currently charged by the federal government.

Opponents of the new tax said its passage would slow the state’s ambition to be a national leader of electric vehicle uptake.

“Our research shows the EV package in South Australia falls well short of what is being offered by the SA government’s Coalition counterparts in New South Wales.” 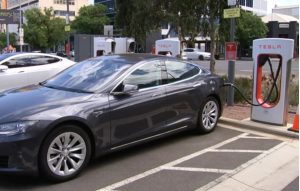 The Labor opposition said the passage of the bill days before the Glasgow Climate Change Conference sent the wrong message.

“This is a state government trying to fix a federal government revenue issue while the planet is literally on the verge of climate catastrophe,” Deputy Labor Leader Susan Close said.

“While most of the rest of the world is trying to incentivise take-up of electric cars, Steven Marshall’s government has just brought in a big new tax to act as a disincentive. 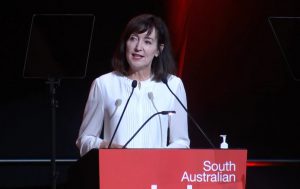 “Sadly, it seems the reckless climate policies of the Liberals at a federal level are now infecting the Liberals here in SA.

Greens MLC Robert Simms said the vote on the bill was an “embarrassing day for South Australia”.