Rockhampton Regional Council has released tenders looking for a developer to construct a service station open to the general public at the Rockhampton Airport, along with another commercial opportunity.

A service station open to the general public could soon be built at Rockhampton Airport as council continues its development vision for the major travel hub.

Tenders have been released by Rockhampton Regional Council for the lease of land for fuel supply at Rockhampton Airport.

The tender has two portions, the first being the lease for the existing aviation fuel business that supplies to civilian and defence users.

The second is for the lease of land to design, construct and operate a fuel service station that would be open to the general public, airport customers and airport and defence users.

Another separate tender has also been released for a commercial development, with potential options including a car wash or a retail outlet.

Both of the tenders have the same weighting for the selection criteria.

Price, corporate capacity and project experience each make up 15 per cent, incentives to council carry an eight per cent weighting and local preference makes up 12 per cent.

The biggest chunk of the weighting is the commercial proposal and plans with 35 per cent, and if it includes drawings of the proposed development, timeframes for the construction period and opening and staging of work.

The development opportunities come as Rockhampton Regional Council continues to position the airport for growth, with a multi-million dollar refurbishment of its terminal wrapping up and groundworks beginning on the $60 million Alliance Airlines maintenance facility. 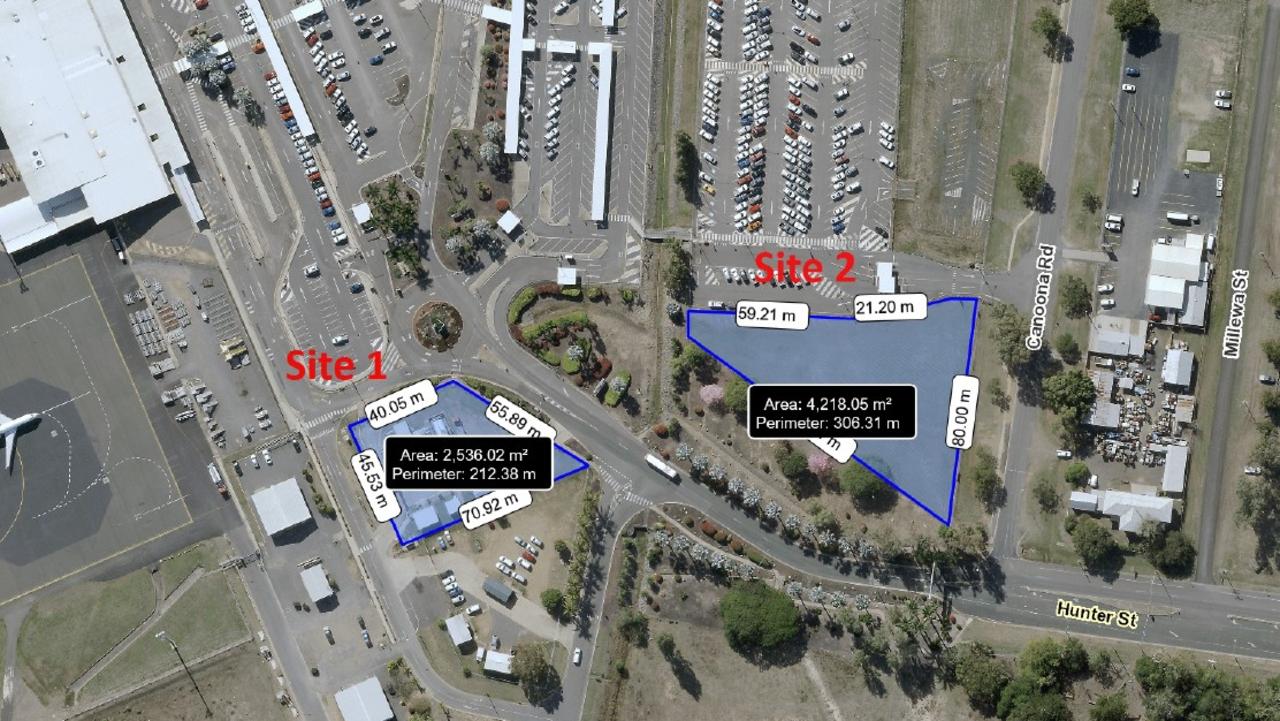 Sites for the fuel supply and development opportunities from council tender at Rockhampton Airport.

The tender documents states applicants may submit for either portion one or two or both.

An inspection was held on October 5 at the site and applicants were “strongly encouraged” to attend and their submission may be “adversely affected” if they didn’t undertake a site inspection.

Operation of existing fuel business for civilian and defence users

Those applying for portion one, the operation of the existing aviation fuel business, must have “extensive experience” in operating a fuel supply business.

With a main runway length of 2628 metres, it is third longest in Queensland and fifth longest in regional Australia. It is used as a diversion port for domestic and international carriers due to the length and high strength.

The existing facilities at the business include AVTUR (tanker and hydrant fuel), AVGAS (self-service bowser) and JET A1 (bowser).

Design, construct and operation of service station for the general public

Council recently conducted a passenger and community survey and the results outlined a need for a service station at the airport for car rental returns, DIDO and local residents.

The current closest fuel station is 3.4km from the airport.

Land has been selected for a service station on the airport land, outlined in the map photograph, with access to be from Canoona Road.

It is a greenfield site and does not have any infrastructure services as yet. This tender closes on October 20 and will be awarded in November. 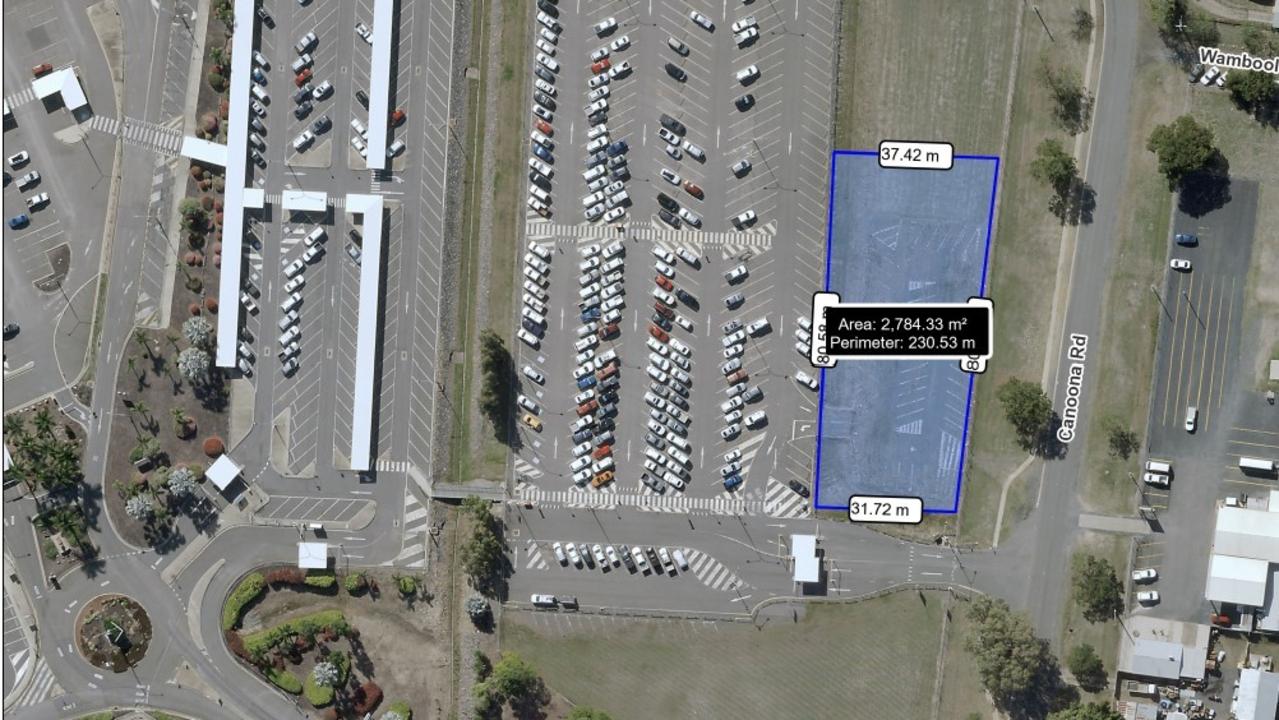 The commercial opportunity site from the tender at Rockhampton Airport.

The tender is seeking business proposals from commercial business operators to “create something unique” for the space that would complement the airport.

The site is located next to the long term carpark and the main entrance and access is off Canoona Road.

The site is prone to flooding and a flood mitigation plan has been prepared.

This tender closes on October 27 and the contract is to be awarded in December.

Extracted in full from: Tenders released for new service station to be built at Rockhampton Airport | The Courier Mail