Apple is reportedly fast-tracking plans for its electric, self-driving car with hopes it can be on the road by 2025 – just four years away.

Apple will reportedly accelerate the development of its electric car with an aim to launch as early as 2025.

The tech giant is focusing its efforts on delivering a self-driving vehicle after the project was put under the leadership of Kevin Lynch, who led the development of the Apple Watch, Bloomberg reported.

Reports of the plan pushed up the price of Apple’s stock by more than 2 per cent, to a new all-time high of $157.87 per share last week, the New York Post reported.

Apple’s goal to launch in 2025, rather than the five to seven-year time frame that some of its engineers were previously planning for, reportedly comes after the company reached a key milestone in the development of the self-driving system that could soon see the cars on the road for testing.

But some are reportedly sceptical about the timing, with a lot more work needed on the manufacturing of the car as well as its safety features.

So far, Apple has been testing its technology on Lexus SUVs but UK company Vanarama developed a visualisation of what the car could potentially look like, based on some patents Apple has filed.

A visualisation of what the Apple car could look like. Source: Vanarama

One of the most interesting patents details a complete overhaul of the traditional car dashboard.

“The position of controls can be fully customised depending on driver preference, with an almost infinite number of combinations,” Vanarama noted. 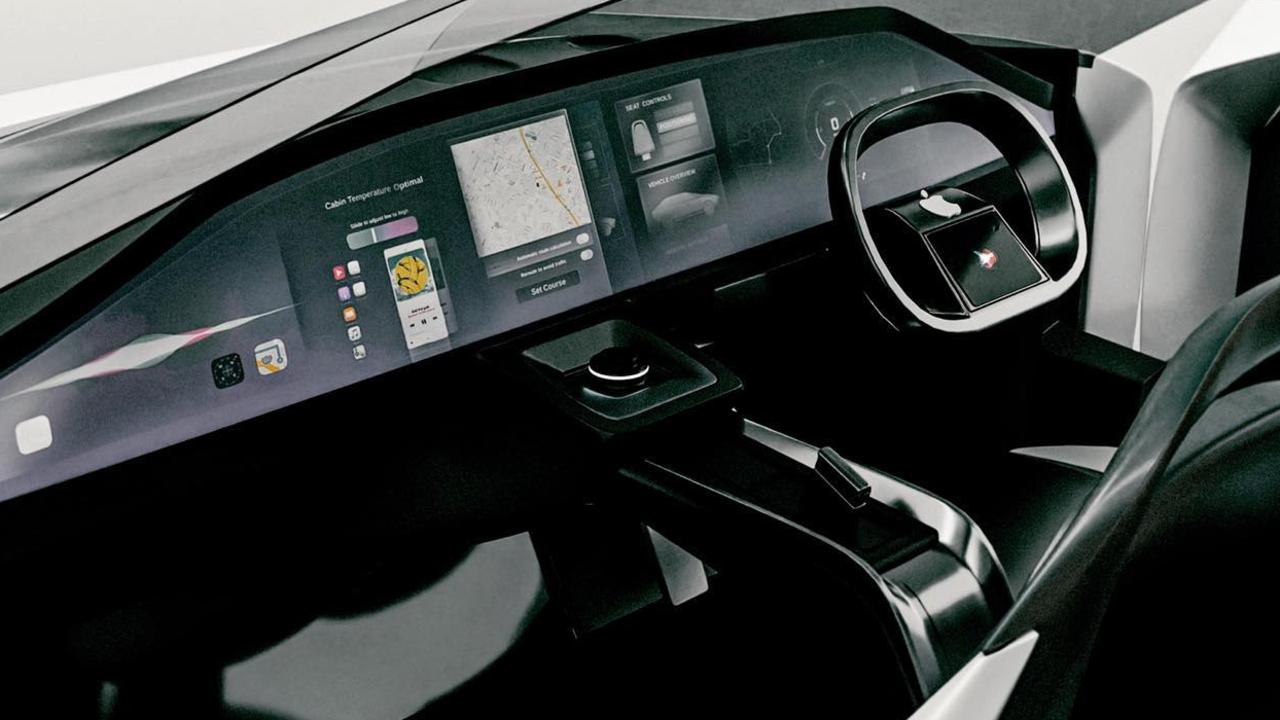 The dashboard could be completely reinvented by Apple. Source: Vanarama 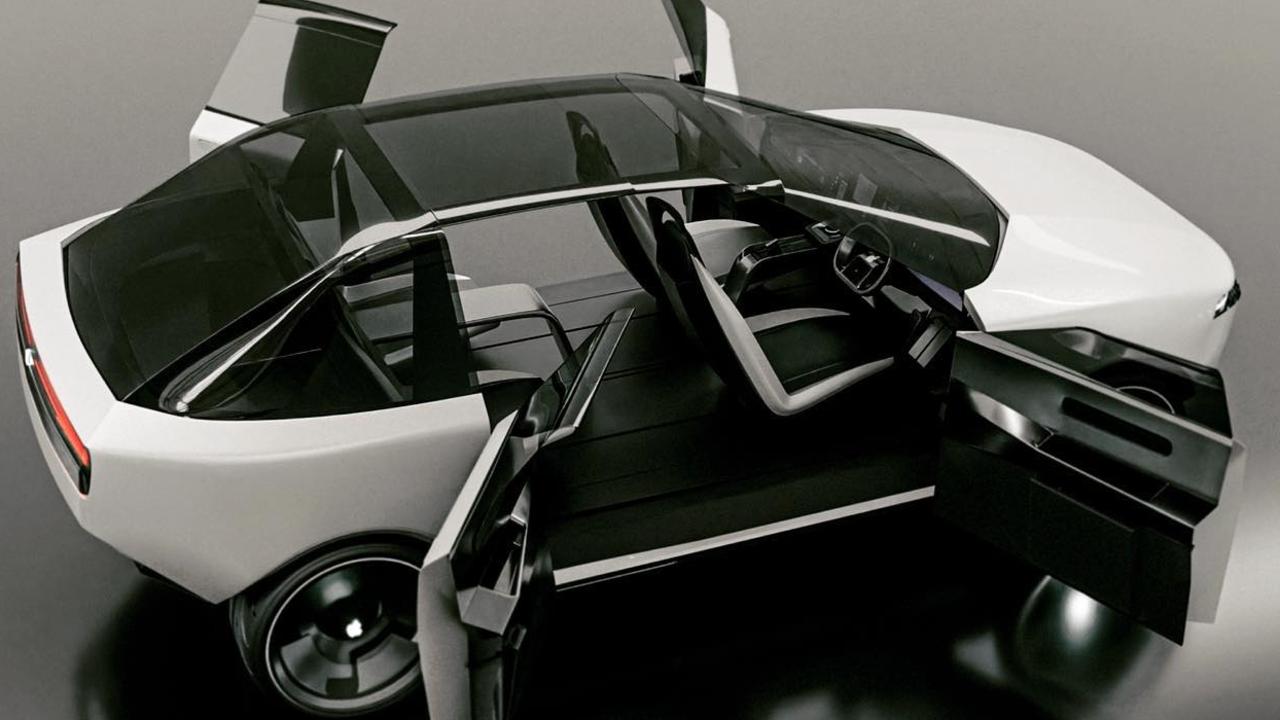 Apple has also filed a patent for a revised car structure with no door pillars and front and rear doors inverted for easier loading. Source: Vanarama

However, Bloomberg reports that Apple is reportedly aiming for a design with no steering wheel or pedals, and it’s possible passengers could face each other, similar to how they would sit in a limousine.

The vehicle could also feature a central iPad-style dock in the centre of the car, providing access to entertainment options.

Its Waymo One is the world’s first autonomous ride hailing service, offering residents of suburban Phoenix the ability to hire a mini-van with no driver.

But it continues to perfect the safety features of its self-driving vehicles, which presents challenges such as detecting different weather conditions.

Tesla, which dominates the electric vehicle market, is probably years away from offering its own fully autonomous car while Uber voted to sell off its autonomous-driving division last year.

Apple is still discussing the business model for its car, with options including releasing a fleet of Uber-style rental cars, or offering up the vehicles for private sale.