Australia’s EV sales are lagging. What can we learn from world leader Norway?

A combination of cheaper electric vehicles (EVs) and generous financial incentives has seen an unprecedented number of Norwegians switching from diesel-powered cars to battery ones over the past decade.

EVs have gone from making up less than 2 per cent of new car sales to more than three quarters, and the oil-rich nation has become an unlikely example to the rest of the world of how to accelerate the uptake of EVs.

As it happens, Australia is at a similar point to where Norway was at in 2011, with EVs making up about 1.6 per cent of new car sales.

So, what would it take to “do a Norway” and engineer an EV sales boom?

EVs in Norway are cheaper than regular cars

In the early 1990s, Norway began introducing the policies that would later drive an EV transition, including abolishing or waiving various taxes to reduce the up-front and lifetime cost of EVs.

Strangely enough, one catalyst for this was the Norwegian ’80s synth-pop band A-ha, otherwise best known for the song Take On Me. 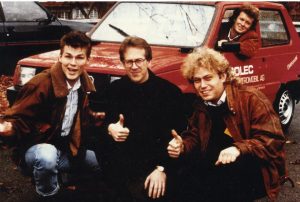 In 1989, two members of the trio bought a converted EV (range: 45km) and drove it around Norway, stubbornly refusing to pay road tolls or registration, to protest the disincentives to owning an electric car.

The government caved and waived the tolls and fees for EVs, which cost little because there were so few EVs at the time.

Unintentionally, however, it had introduced the first EV purchase incentives and laid the groundwork for the coming boom in EV sales.

In 2001, the most important of these incentives was introduced when EVs were made exempt from the hefty 25 per cent GST.

All up, EVs in Norway are cheaper to buy than regular cars.

This graph compares the cost of an EV and the equivalent petrol car in Norway in November 2020.

“I think you need purchase incentives,” he said.

“Maybe not zero per cent sales tax like we have in Norway, but some subsidies to kick off the markets.”

Once enough people start buying EVs, others follow, he says.

Sales snowball through personal recommendations, or what he calls “neighbourhood effect”.

“We have the people talking to each other in the neighbourhood, they say, ‘You’re using an EV, don’t you run out of energy on your battery?’

“My neighbour said the problem is not my EV, but the battery on my petrol car is running out of energy because I don’t use it.”

How can Australia boost EV sales?

In 2017, Australia’s two clean energy agencies, ARENA and the CEFC, commissioned research and advisory firm Energeia to study the Australian EV market and identify the policy and regulation levers that would encourage more Australians to switch to EVs. 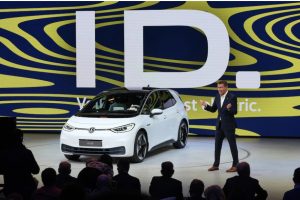 The Energeia report concluded that a relatively small government rebate in Australia would have a significant effect on EV sales.

An “aggressive push” to support EVs, including better public charging infrastructure, policies to support the import of more models, and purchase incentives equivalent to about $5,500 per car, would drive a marked increase in sales, the report found.

Under this scenario, it was predicted that EVs would make up 64 per cent of new car sales by 2030.

That’s more than twice the predicted rate under current policy settings, which do not include national purchase incentives (though there are state and territory ones of varying amounts).

Australians are willing to pay more for EVs

As soon as EVs work out to be slightly cheaper than petrol cars over their lifetime, the balance tips and people flock to buy them, Mr Beeman says.

“There’s the Australian love of being a petrolhead, but I’m not sure how much people are willing to pay for the luxury of driving a petrol car,” he said.

Jake Whitehead, a transport expert at the University of Queensland, agreed.

The average Australian is willing to spend somewhere in the order of $8,000-$10,000 more for an EV compared to a petrol equivalent,” he said.

This isn’t necessarily for altruistic reasons, but because they calculate they’ll save money over the lifetime of the vehicle, through lower energy and maintenance costs.

But the narrowest price gap between an EV and its petrol equivalent in Australia is closer to $15,000 — and typically a lot more.

The very best EV purchase incentive in Australia right now is about $5,500 — and that’s a rare scenario, applying to someone in NSW who receives the subsidy and avoids stamp duty on a $68,000 EV, and without taking into account the road tax they’ll have to pay from 2027.

Most Australians, however, have access to incentives far smaller than that. 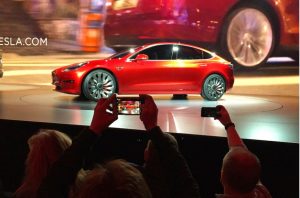 How much do EV incentives need to be in Australia?

Dr Whitehead says the magic figure for an incentive that would bridge enough of the price gap to be effective is about $7,500.

This would put the size of Australia’s incentive somewhere between what’s offered by the UK and the US.

“You could have exemptions from the stamp duty that every state and territory levies and save about $1,500 there. Add in waiving registration for five years and that adds up close to $4,000.”

And how much would this cost?

Josh Quiggin, an economist at the University of Queensland, has estimated that a national EV subsidy or tax exemption to the value of $10,000 per EV would cost around $1 billion a year.

The amount would decline as EVs get cheaper, he added.

What’s the cost of not introducing EV subsidies?

The government’s Future Fuels strategy, released last week, ruled subsidies out, stating that “reducing the total cost of ownership through subsidies would not represent value for the taxpayer.”

Instead of subsiding EVs, Australia is waiting for them to get cheaper.

This is happening, but slowly.

Greater economies of scale and cheaper batteries mean larger vehicles such as electric sedans and SUVs will be the same price as petrol equivalents by 2026, with small cars to follow in 2027, according to Bloomberg market research.

“EVs are going to be cheaper than internal combustion engine vehicles in the next five years,” he said.

The problem with waiting, he says, is that people keep buying combustion-engine cars that lock in future emissions.

There are about 20 million registered motor vehicles in Australia with an average age of 10 years. 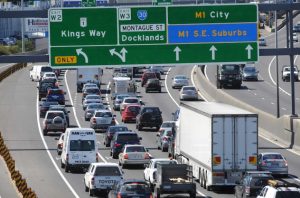 Australians buy about 1 million vehicles per year, so it takes a while for the fleet to be replaced.

Under the current plan, where 30 per cent of new vehicles sales are EVs by 2030, close to 90 per cent of vehicles on the road will still have combustion engines.

It will take many years of 100 per cent EV sales to reduce the number of combustion-engine cars on the road.

Delaying the switch to EVs will make it harder to meet Australia’s commitment to reduce domestic emissions to net zero by 2050.

Even though almost 80 per cent of new car sales in Norway are EVs, 85 per cent of cars on the road are still petrol or diesel, the Norway EV Association’s Mr Sletvold says.

Norway’s proportion of combustion-engine vehicles is falling by about 5 per cent every two years.

“We still have some problems,” he said.

“We still need to build more charging stations because in Norway, people love to go to their cabin on the weekend.”

But he’s confident the problems can be solved and the EV won’t kill the weekend.

Extracted in full from: Australia’s EV sales are lagging. What can we learn from world leader Norway? – ABC News