Country folk aren’t talking about electric cars, they’re getting on with business

Politicians are clearly not living in the real world if they believe by 2030 half of the vehicles on the road will be powered not by a combustion engine but a battery.

On a road trip through Victoria and New South Wales this week I took a roundabout route to get to Sydney.

Crossing the border at Albury-Wodonga, 24 hours after it was opened to Victorians, I headed for the regional centre of Orange.

Regional Australia, I can report, is going through an economic boom led by back-to-back bumper seasons with plentiful rains filling dams and boosting crop yields.

Turning off the Hume Highway to head north west toward Wagga Wagga you see Australia at its best.

Tiny regional communities like Wombat, Wallenbeen and Cootamundra are pumping with the Canola crops already stripped and reaching record prices to market.

The wheat and barley will come off next and paddocks are full of cattle and sheep. 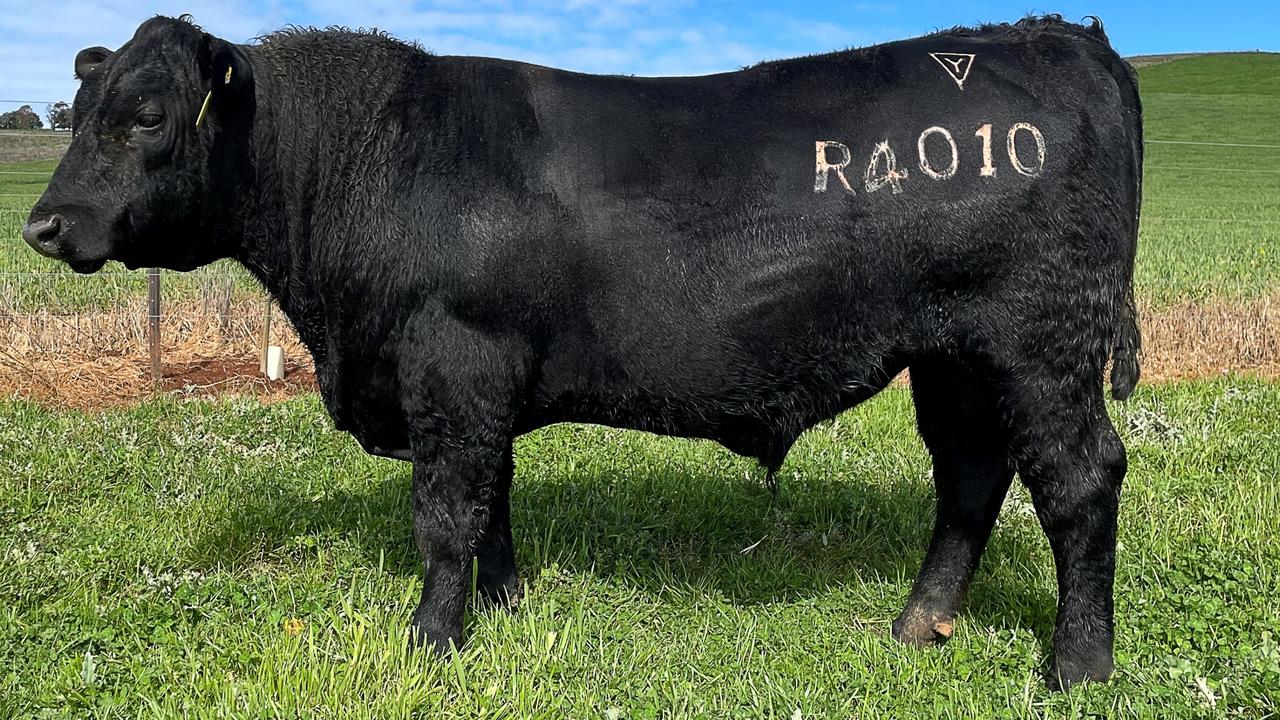 Rural Australia is booming post Covid lockdowns, with this Angus bull recently selling for a whopping $130,000.

On a Saturday, the country pubs are full of locals, free finally from any Covid restrictions and welcoming visitors from Melbourne and Sydney, who are now able to travel to the regions.

It was the Australian Hotel in Young for lunch, and the Hotel Canobolas in Orange for dinner.

There is a palpable sense of optimism out here with the real Australia on show. This sense of freedom and fresh air and people just getting on with their lives is a real contrast to the Melbourne I left behind.

With a CBD on its knees, run by a city council obsessed with smiley photo opportunities and little else, it’s refreshing to pull up in a main street full of smiling people.

Listening in on conversations around the bar it won’t surprise anyone that Glasgow and climate change and electric cars are the last thing anyone is talking about.

Instead it’s the success of the local sports team and the state of the crops and health of the herd. Without being too dramatic off the back of a two-day 1000km road trip you realise that politicians and much of the mainstream media only focus on the big cities.

They are largely out of touch. 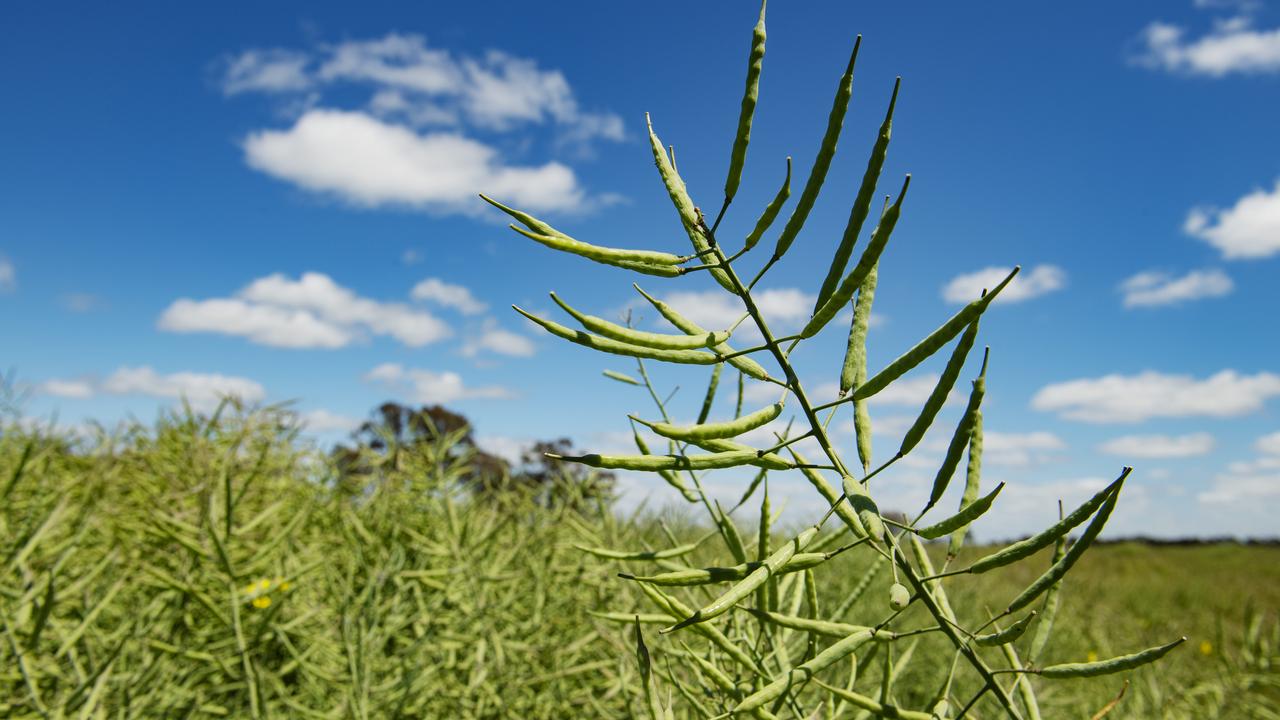 It’s been a great season for crops across much of Victoria and NSW, with well-timed rain. Picture: Zoe Phillips

Regional Australia off the back of droughts and bushfires — at least the part I drove through — is in rude health. It’s comfortable with itself and it puts in context all the hot air coming out of Cop26 and the lecturing and shaming Australia is being subjected to.

Australia being placed last on some list cooked up by a German climate action outfit and seized on by the ABC is absolute nonsense. Called German Watch, you wonder if any of these advocates have ever been to Australia let alone been to Bathurst.

Then we have this crazy debate about electric cars and getting rid of vehicles powered by petrol and diesel.

Standing on the top of Mt Panorama wondering how it was possible to throw a V8 Supercar through the cutting and thinking back on the heroics of Peter Brock and Alan Moffat and the current day stars, you need to laugh at this electric vehicle obsession.

Politicians are clearly not living in the real world if they believe by 2030 half of the vehicles on the road will be powered not by a combustion engine but a battery.

That’s just eight years away and the practical infrastructure to charge these things doesn’t even exist. For PM Scott Morrison to turn up at Toyota this week and throw more taxpayer dollars at this idea is madness.

Tesla is the leading brand in this sector, and I must admit, depending on where you live, you do see more of these things on the road today than say five years ago.

A Tesla model S plugged into a Tesla supercharger in Berlin. We cannot expect charging stations to be set up right across vast, country Australia. Picture: Odd Andersen

But the Tesla S Model 3 is the cheapest option and with basic trim will cost you $60,000 plus on-road costs.

You can pay more than $100,000 for the performance model, and if you intend charging it at home, get set for a very long wait. Try doing the road trip I have just done in an electric car, and you will find it impossible. It will still be impossible in 2030.

There is simply not the charging infrastructure in Australia to support the extinction of petrol and diesel cars.

Maybe if you stuck to the Hume Highway and didn’t take any side trips you might make it to Sydney if you either have an overnight stop or a few hours to waste waiting for your green car to charge.

Australia isn’t Norway and doesn’t want to be, and if Canberra thinks Australians are crying out for electric cars it’s mistaken.

During the last election Scott Morrison said a Labor policy for the national vehicle fleet to be 50 per cent electric by 2030 would end the weekend. Now, fresh from his Glasgow trip, he’s throwing $250m of your money at something called “future fuels”.

Of course this is just political spin, making the impossible-to-believe claim this will create 2600 jobs and see 1.7 million electric vehicles on the road by the magic date of 2030.

The current Australian vehicle fleet is about 20 million cars and trucks, and if the demand for electric is so strong why are taxpayers bankrolling the infrastructure to charge them?

I don’t remember taxpayers paying to build petrol stations so why are we subsidising battery charging points?

My Mercedes SUV with a full tank of diesel can do the Melbourne to Sydney trip without any need to refuel or stop, but that would mean missing out on that side trip to a famous local country bakery for a homemade pie.

Eight years is not that far off, and I reckon I’ll be stopping at the local servo for a little while yet.

Visiting the eldest daughter after more than six months separation.

Poor state of back country roads; as usual all the money spent in the city.

Masks still required to be worn inside retail venues in Sydney.

The Services Victoria app and its NSW counterpart don’t talk to each other.