Some of Australia’s most well-known shopping centres are set to adopt more electric vehicle fast chargers during the next two years … but they’ll come at a cost.

One of Australia’s largest shopping centre conglomerates has announced plans to roll out electric vehicle fast chargers at many of its sites.

Vicinity – which owns the Queen Victoria Building, the Strand and Chatswood Chase in Sydney, Chadstone, Emporium, and Queens Plaza in Melbourne, and the DFO network, among others notable local retail centres – will install the charging infrastructure at “up to” 30 locations within the “next two years.”

Specifications for the chargers have not yet been announced, however Drive understands dual-lead 120kW DC outlets are likely. 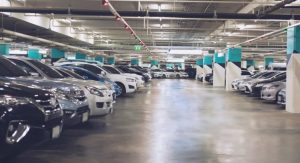 If accurate, this will allow a Tesla Model 3 sedan – Australia’s most popular electric car – to top up from 10 per cent to 80 per cent charge in approximately 30 minutes, or slightly less time than the average shopping trip (which takes 41 minutes, according to CreditDonkey).

French start-up Engie will install the chargers, via a $AU25 million grant provided earlier this year through the Federal Government’s Future Fuels Fund.

However, while the network has been paid for through taxpayer subsidies, a spokesperson for Vicinity confirmed the charging service will not be free for shopping centre customers. Pricing is yet to be announced. 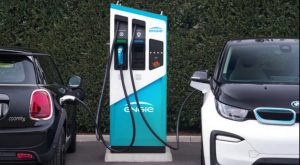 “Our national portfolio of centres across Australia offers a unique opportunity to provide accessible and convenient fast-charging facilities for our communities to enjoy,” Vicinity representative, Justin Mills, said.

The first Vicinity electric vehicle chargers will be installed in late 2021 or early 2022, with the remainder promised within the next two years.