EV hire Brisbane: 12 places you can rent an electric car

There are at least 12 electric car hire companies in Brisbane, ranging from private vehicle rental to subscription services.

Business is booming for electric car hire companies, with one claiming it has tripled its revenue on the back of more eco-conscious drivers and those wanting to try before they buy.

The number of electric vehicles on Queensland roads has more than doubled in the past 12 months.

According to the latest figures from the Department of Transport and Main Roads there are 7129 registered fully electric vehicles on Queensland roads.

As at October 31 last year, there were 3273 battery electric vehicles registered.

There are currently at least 12 electric car hire companies operating in Brisbane.

Evee CEO Slava Kozlovskii started hiring out electric vehicles in 2017, predicting there would be a surge in demand for the cars in the rental market.

Gavin Womersley, from Carseldine in Brisbane’s north, has been successfully hiring out his Tesla through Evee.

The first three years was really slow because of the lack of available cars.”

Mr Kozlovskii said a large portion of his company’s customers were eco conscious which he thought was the main appeal to hiring an EV.

WHERE TO HIRE AN E.V. IN BRISBANE 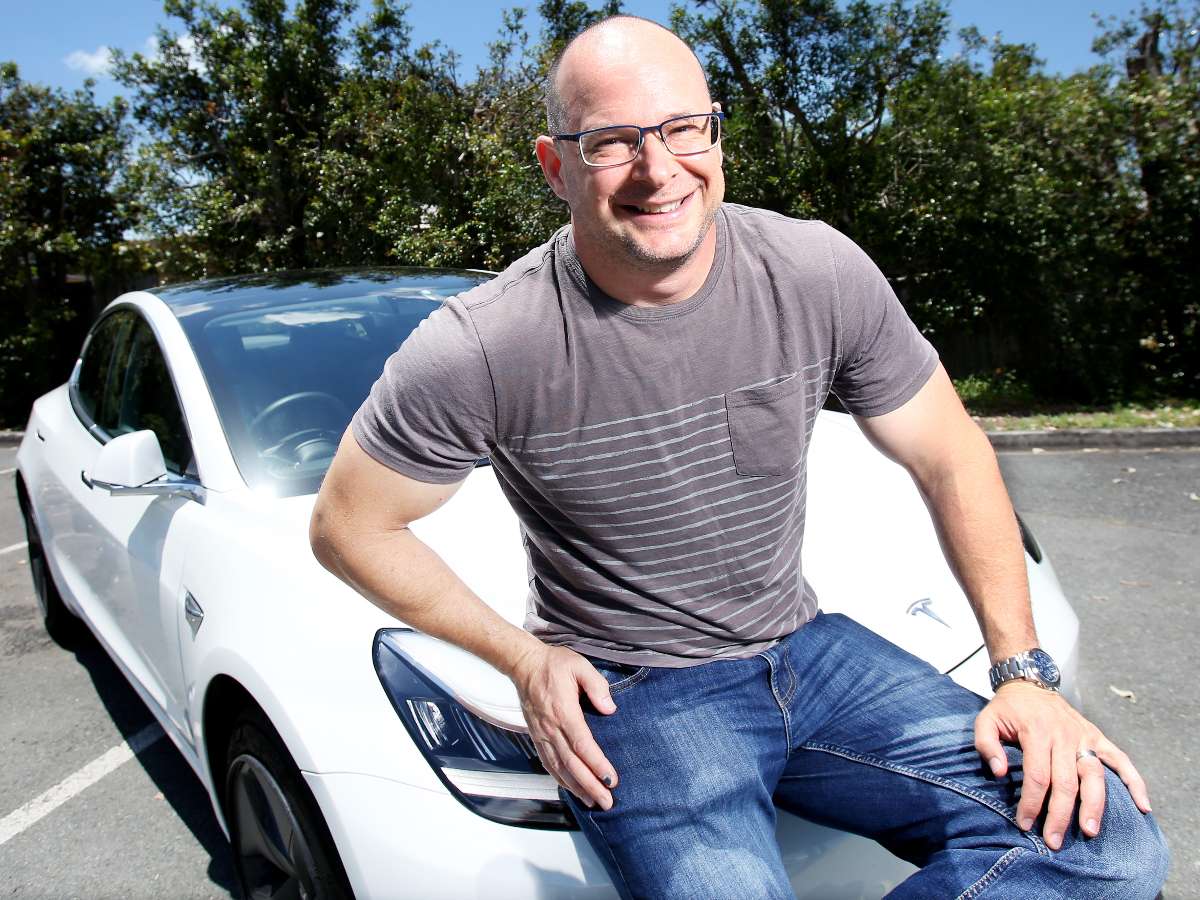 “I call myself a car lover now rather than a petrol head because I just appreciate really good cars,” Mr Lam said.

He said people love the idea of getting to drive a Tesla for longer than a test drive.

Both CEOs said another appeal to buying and renting out an electric vehicle was being able to offset the car loan repayments.

“Some owners just want to rent their vehicle two days a month and are happy with $200 more in their pocket each month,” Mr Kozlovskii said.

“Some have full availability and earn significantly more”.

The Motor Trades Association of Queensland Group CEO Rod Camm said new charging stations were helpful, but that alone would not incentivise the uptake of EVs until there were sufficient quantities for market forces to take over and put pressure on price.

He said any future strategy needed to address the price gap between EVs and non-EVs, encourage a wider range of electric vehicles, and more needed to be known about charging options and range.

“The next phase of the strategy should holistically consider a range of aspects related to zero emissions vehicles, including targets, taxation considerations, consumer charging preferences, future infrastructure locations and electricity grid impacts, and incentives to encourage electric vehicle take-up including concepts like a cash-back scheme.”

Extracted in full from: EV hire Brisbane: 12 places you can rent an electric car | The Courier Mail