Three youths are on the run after allegedly punching a service station attendant in the face during a robbery north of the city – the latest in a spate of servo attacks.

Three youths are on run after a violent service station robbery at Hillcrest that left a worker injured.

Two boys and a girl were reported stealing food and drinks at the North East Rd store about 1.30am Wednesday.

When the worker tried to stop the group from leaving, one of the boys allegedly punched the attendant in the face.

They left the scene on foot and were last seeing running along North East Rd.

The victim suffered minor injuries to his face, and investigations are continuing.

The incident follows a recent string of service station robberies including in Port Wakefield and North Adelaide. 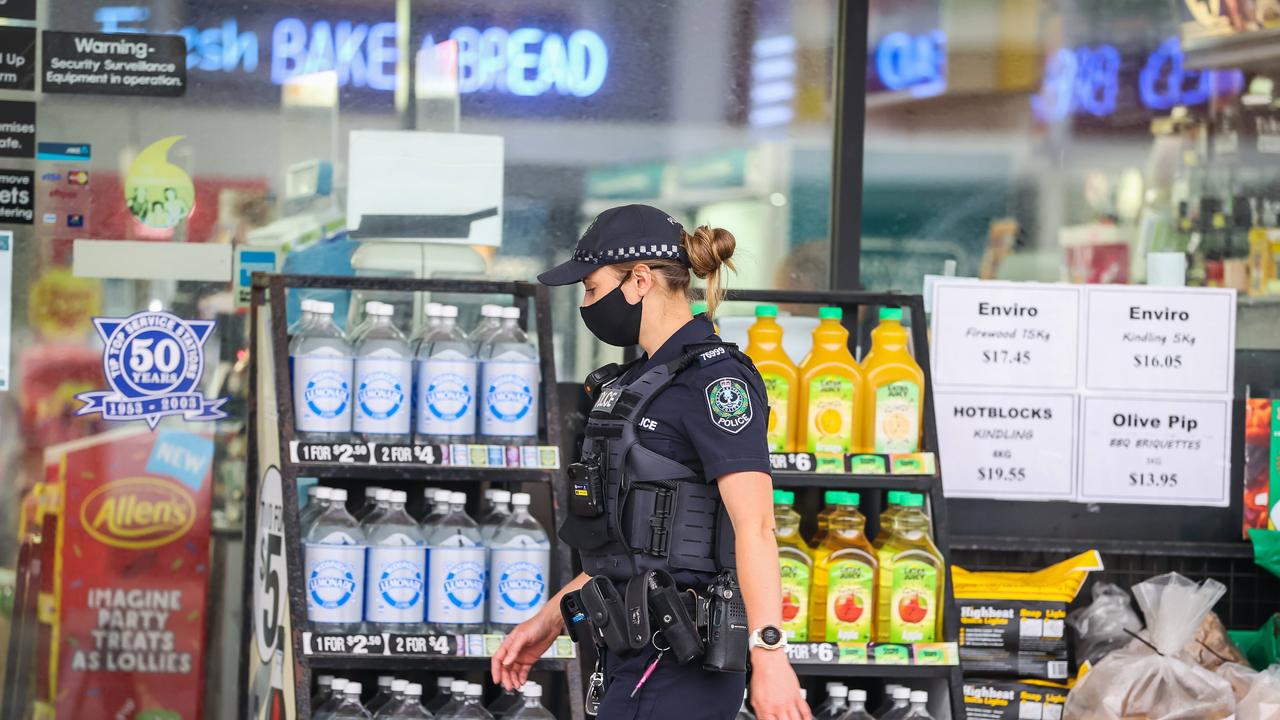 It follows a spate of recent service station robberies in SA, including this attempted robbery in Richmond. Picture: Tom Huntley

A trio armed with a screwdriver and scissors entered the service station on the Port Wakefield Highway on Monday about 1.30am.

The thieves demanded cash and cigarettes before leaving in a grey Ford Falcon driven by a fourth suspect, travelling towards the city.

The car was later spotted at Anderson Walk, Smithfield, just after 3am before it was abandoned near a train line at Elizabeth North.

The group fled the scene on foot but are yet to be found.

And on November 3, a man picked up a pen from the counter and used it to threaten a staffer at a service station on Richmond Rd, Richmond.

Last month, a teenager was arrested after she allegedly entered a service station on The Parade at Norwood armed with a weapon, demanding cash in the early hours of Monday, October 25.

A girl, 17, of no fixed address was arrested and charged with aggravated robbery.