The effort builds on Toyota’s use of hydrogen engines in racing. The automaker previously entered a Corolla Sport hatchback with a hydrogen-powered engine (developed with help from Yamaha) in the Japanese Super Taikyu series. Hydrogen will be supplied by a new facility in Fukuoka City, Japan, which will produce hydrogen from sewage biogas, according to a press release.

The hydrogen race car will soon be joined by others using different fuels. Mazda will field a biodiesel-fueled Demio hatchback, while modified versions of the Subaru BRZ and Toyota GR 86 sports car twins will use synthetic fuel derived from biomass.

Meanwhile, Kawasaki and Yamaha will look into joint research on hydrogen combustion engines for both two-wheeled and four-wheeled vehicles. The two companies, along with Honda and Suzuki, have already allied for electric motorcycle battery swapping.

Honda is noticeably absent from this agreement, although it has been a major proponent of hydrogen fuel-cell passenger cars. Nissan and its ally Mitsubishi are missing as well, although neither automaker has shown much interest in hydrogen, either for fuel cells or combustion engines.

Burning hydrogen in a combustion engine instead of gasoline or diesel isn’t a new idea. BMW once produced the Hydrogen 7, a version of its 7 Series flagship with a hydrogen-powered V-12 combustion engine. But the idea does seem to be generating more interest lately. 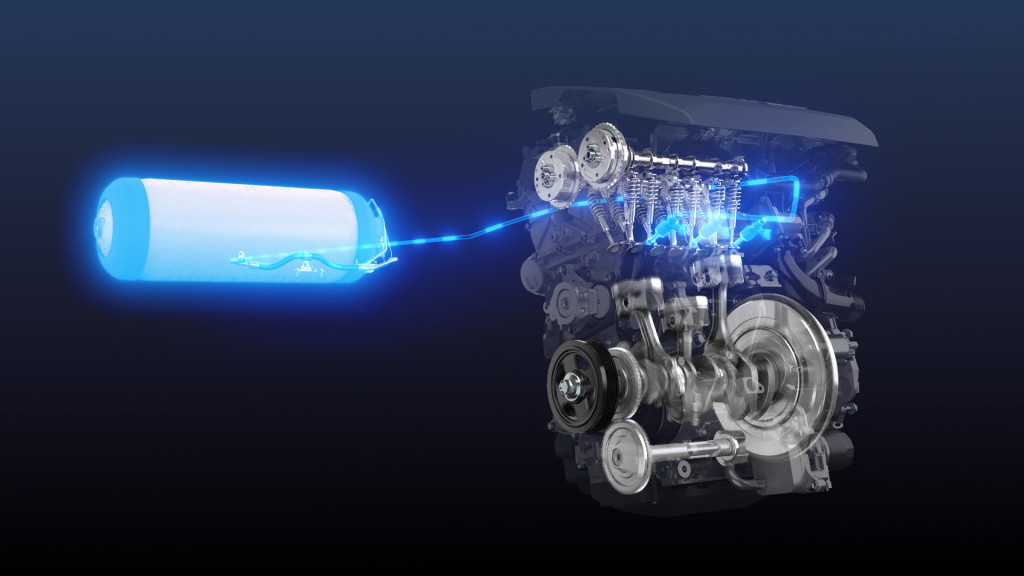 Toyota hydrogen engine
Chinese automaker GAC also recently announced that it’s testing a hydrogen combustion engine, although it’s unclear if the engine will reach production. Even if it does, GAC’s previously-discussed plans to enter the United States market have been postponed indefinitely.

Hydrogen combustion engines may also prove less efficient than fuel-cell powertrains. The efficiency of fuel cells is such an advantage that it could drive them to price parity with gasoline by 2025, according to a 2020 California Energy Commission report.