WORK is under way on the region’s first 7-Eleven fuel and convenience store.

But it seems not everyone is keen to tuck into the outlet’s signature Slurpees and Krispy Kremes.

While work has started on the convenience retailer’s North Shore project, the council approval for the second project at Bushland Beach, which initially faced opposition from local residents, is now being challenged in the planning and environment court.

7-Eleven revealed its big plans for entering the Cairns and Townsville markets earlier this year, announcing it planned 15 stores as part of a multimillion-dollar regional expansion.

Site works have started on the North Shore site at 4 Main St.

The 7-Eleven Australia Area Lead – North, Alan Plews, said the North Shore store was expected to open in May.

“Applications will open in the new year for local team members and leaders to join the family owned Australian business,” Mr Plews said.

“While the recruitment process isn’t open yet, we’d encourage interested locals to contact us for a confidential discussion via pexstoreleader@7eleven.com.au.”

Mr Plews said it was a multimillion-dollar investment in the region with about 150 ongoing jobs expected to be created to operate stores in the region. 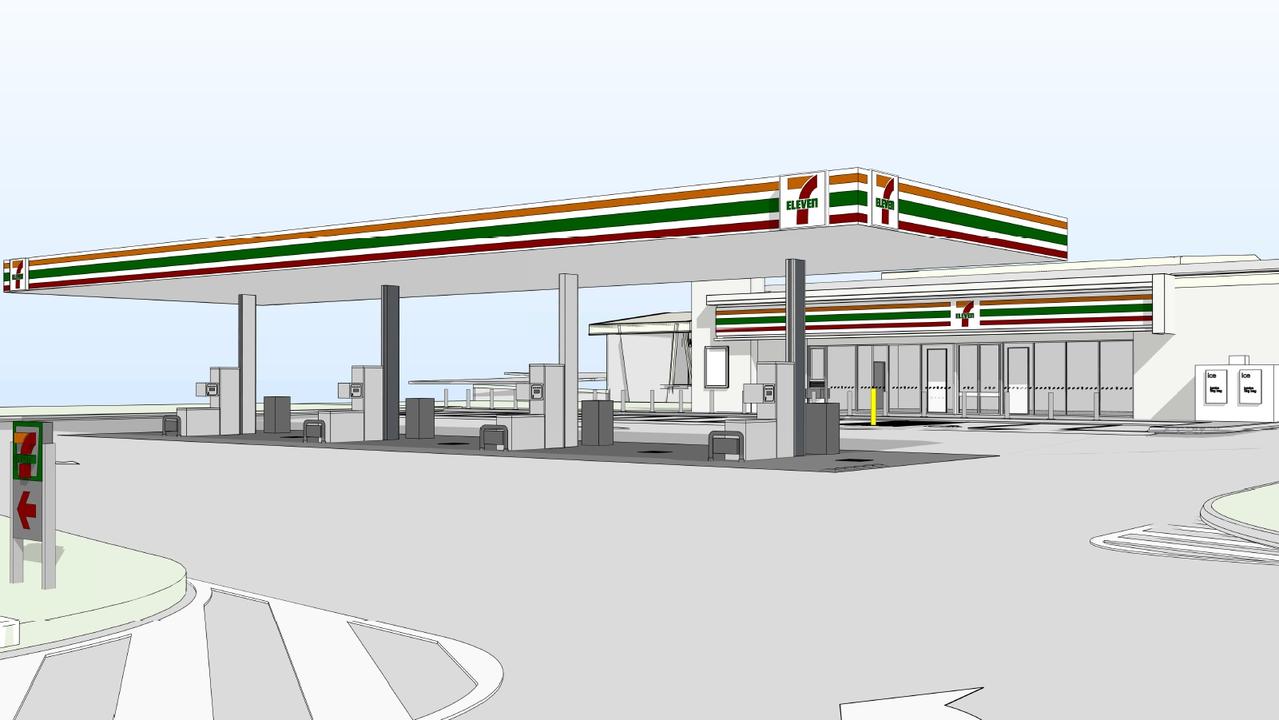 A render of the planned Bushland Beach store

Despite the lack of fuel services in the area, there were five submissions against the proposal, citing possible increases in traffic, the loss of private land as an unofficial pick-up and drop-off point for parents because it is close to school bus stops, noise and need among others.

The council approved a “minor change” to an existing development permit in August but the decision is being challenged in the planning and environment court.

Applicant Parmac Property Ltd Ltd is seeking a declaration that the change is not minor and orders including that change application be set aside. The changes included a staging of the development with the service station as Stage 1 A and a car wash and dog wash in Stage 1 B, changes to the service station’s canopy and changes to an internal road.

Mr Plews said their developer would work through the requirements and processes for approval to be granted so construction could commence. “We’re confident the store will be delivered on schedule so that we can get up to 15 new team members employed and working to serve the local community,” Mr Plews said. The application is listed for review on December 10.