And no – for the 368th time, and counting – it is not a ‘diesel fuel subsidy’, even if billionaire Andrew ‘Twiggy’ Forrest seems to think it is.

There are three things driving the petrol price, and none of them are oil company greed or service station profiteering.

They are the very public price of the basic crude oil; tax; and the value of the Aussie dollar.

There are 159 litres in a barrel, so right there is 70c for each litre that goes into your tank.

Try putting crude oil into your tank and see how far it gets you.

It has to be refined – mostly in refineries ‘somewhere’ not in Australia, and then shipped here and distributed around the country.

Second up is tax.

Two taxes, actually: the basic fuel excise which is now 43.3c a litre; and the GST – including the nice little earner for Canberra of a ‘tax on a tax’, the GST on the fuel excise.

That includes 4.3c, which is the GST on the excise tax. So the total tax flowing to Canberra at that pump price is 59c.

All that has to come out of 41c a litre – and even less than 41c when the petrol price gets competed down to a lower level in a discounting cycle.

Then there’s the Aussie dollar. 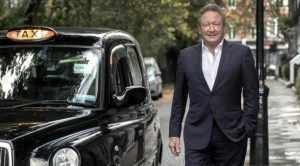 We’d also be paying around 2c less in tax on each litre.

That’s pretty tiny in the scheme of things, but better in your pocket than Canberra’s.

We are not going to see the Aussie back at parity with the Greenback anytime soon.

This is a very good reason why we do not want to see it at, say, US50c either.

It wouldn’t only be petrol we’d be paying a lot more for; but just about everything.

Now, as to the ‘diesel fuel’ subsidy’, it is not a subsidy. It’s a rebate (these days the ATO calls it a “fuel tax credit”) of some or all of the excise paid.

It’s also not just on diesel; its rebated/credited on petrol, LNG, LPG and indeed any fuel used to power business activity.

The reason is simple and unarguable.

In a rational, sane, world you don’t put taxes on business inputs.

Treasury and the Productivity Commission have said that would be nuts.

Importantly, it is only the tax on the business input component of the diesel/petrol/LPG excise that gets rebated.

So yes, ‘Twiggy’s’ Fortescue gets the full 43.3c back on diesel/petrol used at the mines, but Fortescue – and everybody else – only gets 16.6c a litre back on fuel used by heavy vehicles on public roads.

So why does ‘Twiggy’ so seemingly magnanimously want to give it up?

Because he sees a future in which he won’t be using diesel but hydrogen.

And he wants the money ‘redirected’ to hydrogen – and so, still, to that ‘future’ Fortescue.

Except there isn’t any money to be ‘redirected’; and there’ll be less and less as we go, if we go, electric.

Extracted in full from: Why you are paying $1.70 a litre for petrol (theaustralian.com.au)