Electric vehicle owners could face long waits to have their cars serviced due to a predicted shortage of qualified mechanics, with new modelling showing Australia will need about 7300 EV technicians by 2030 to maintain the growing fleet.

Modelling conducted by the Victorian Automotive Chamber of Commerce (VACC) predicts there will be a shortfall of about 6000 electric vehicle technicians based on current growth rates. 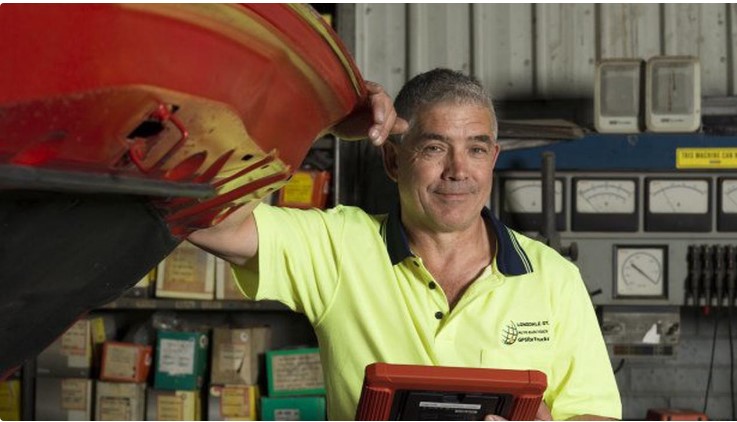 VACC estimates there are only 500 qualified electric vehicle technicians in Australia, servicing about 25,000 electric vehicles on-road nationally. The number of electric vehicles is expected to climb to 1.7 million by the end of the decade according to the federal government’s Future Fuels and Vehicles Strategy.

The technicians require skills that are closer to an IT professional or software engineer than a traditional mechanic, including coding and reprogramming vehicle software and diagnosing and repairing high voltage rechargeable energy storage systems.

“Nobody is going to be tinkering with their electric vehicle in the garage,” said Geoff Gwilym the chief executive of VACC.

The automotive sector joins industries as varied as banking, retail, telcos and start-ups that are struggling to find professionals with technology skills to help their businesses remain competitive in the digital era.

Martin Sanchez is the managing director of Lonsdale Street Auto Electrics in Dandenong, in Melbourne’s outer-eastern suburbs. The family owned-business has been operating for 50 years. The auto electrician completed a course to diagnose and repair electric vehicles two years ago but he had to travel to Adelaide to complete the training because it wasn’t offered by any TAFE in Victoria.

“I could see that electric and hybrid vehicles were coming. We need to start training up because there’s a freight train coming that’s going to hit us square in the middle of our eyes and we need to be ready to fix these things,” Mr Sanchez said.

Mr Sanchez wants to upskill his staff of 10 tradesmen and apprentices but is struggling to find education providers that offer the training.

“It’s the old chicken and the egg routine: you haven’t got enough vehicles to create enough demand to get enough people trained… But when the vehicles come, we need to have the knowledge.”

As electric vehicle sales grow, Mr Gwilym said Australia needs to focus on upskilling the existing ageing workforce of mechanics and training people for jobs that “don’t quite exist yet, but will have a shortfall in the future”.

Currently, most EVs are serviced by the dealerships that sell them, but Mr Gwilym predicts owners will increasingly want to take their vehicles to independent workshops and local repairers as sales ramp up and the cars are resold on the secondhand market.

The VACC is calling on the government to provide funding for education providers to subsidise the cost of training small classes of students while the portion of electric vehicle sales is still low.

“Governments need to make sure they adequately fund emerging training markets like electric vehicle technicians, so the institutes and the private training providers can deliver this stuff while either there are small numbers of students,” Mr Gwilym said.

“The demand is going to come, it’s coming, it’s coming, and then all of a sudden I think it’s going to hit us hard. It takes around four years to train an apprentice and it takes about seven years for somebody to become highly proficient in the industry.”

The EV worker shortage is expected to be a global issue. In the United Kingdom, which has outlawed the sale of new diesel and petrol cars by 2030, the Motor Institute of the United Kingdom forecast there will be a shortage of 35,000 technicians by the end of the decade.